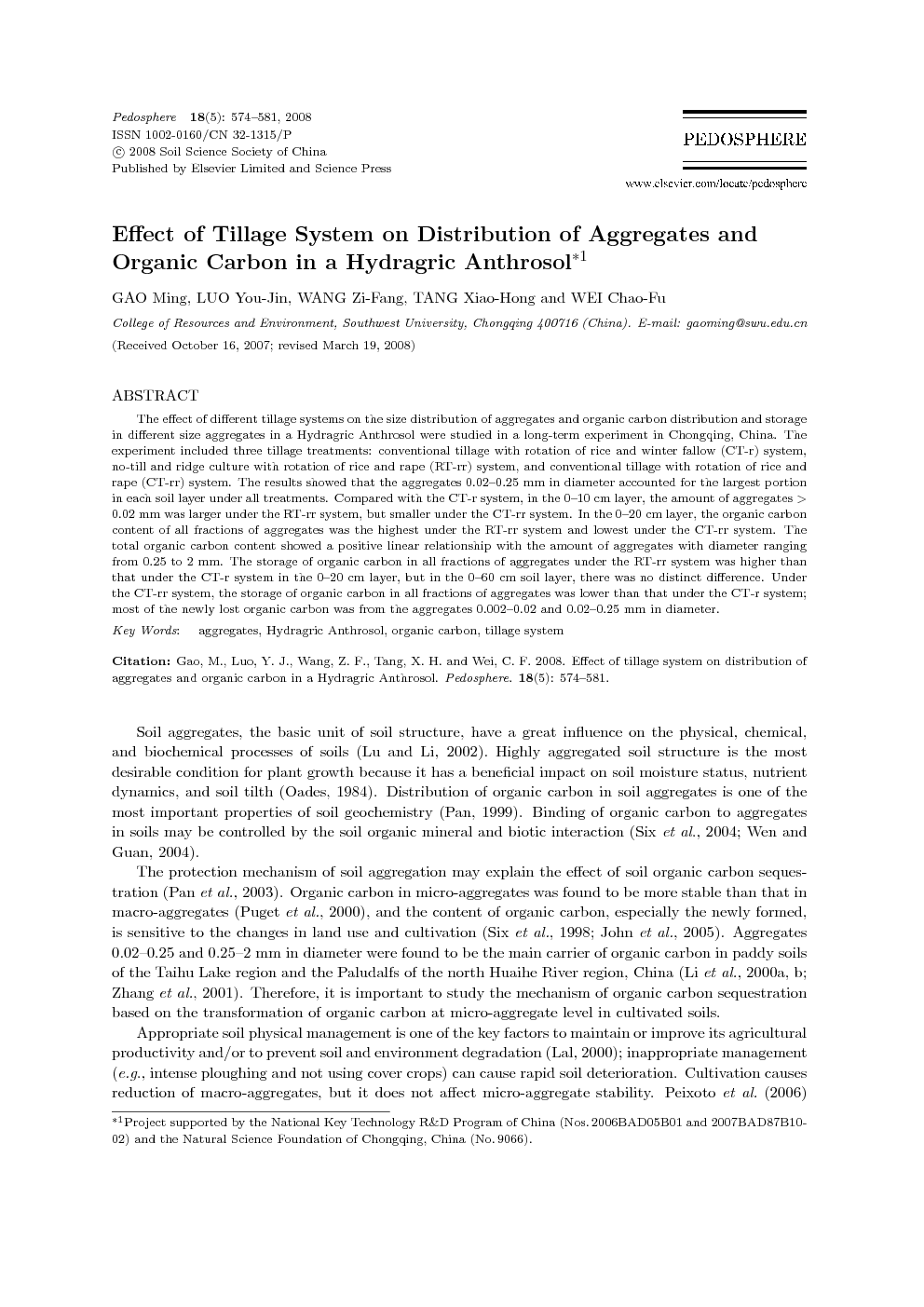 It was clear that in the Hydragric Anthrosol in Chongqing area, which developed from the parent materials of purple stone, the dominant portion of soil aggregates was those 0.02–0.25 mm in diameter, and the lowest portion was those >2 and < 0.002 mm. Tillage systems obviously influenced the distribution of aggregates and the organic carbon storage in the soil. The no-till and ridge culture (RT-rr) system increased the amount of aggregates 0.02–0.25 and 0.25–2 mm in diameter in the 0–10 cm soil layer, but the conventional tillage (CT-rr) system decreased the amount of these two fractions of aggregates. Organic carbon was enriched in each fraction of aggregates in the soil surface layer (0–20 cm) under the RT-rr system, but decreased under the other conventional tillage systems. It was evident that the RT-rr system was more beneficial for the accumulation of organic carbon in the soil surface layer and enhanced the formation of aggregates 0.02–0.25 and 0.25–2 mm in diameter, which implicated the rotation of rice and rape under the no-till and ridge culture system as an efficient tillage practice for organic carbon sequestration in Hydragric Anthrosols of Sichuan Basin of China.