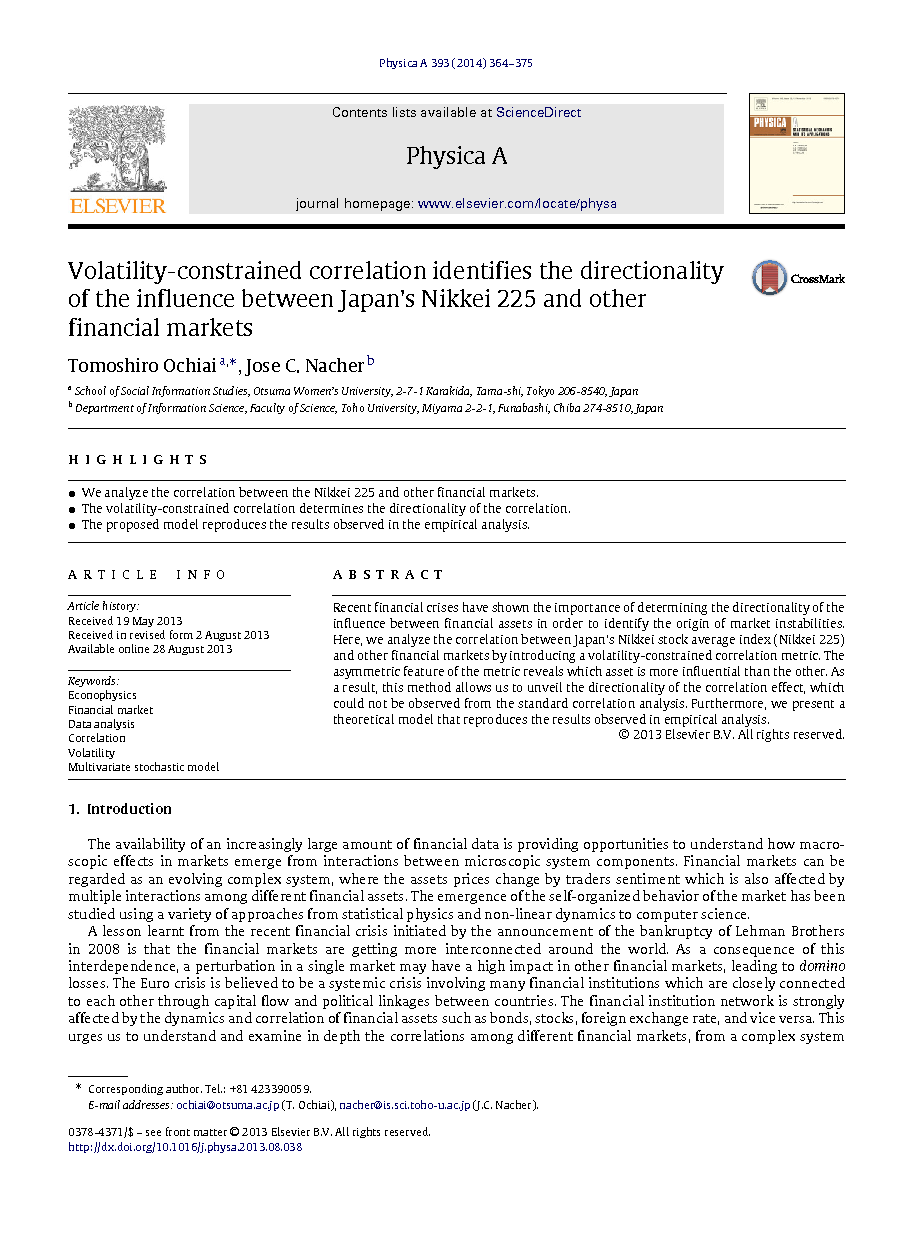 Recent financial crises have shown the importance of determining the directionality of the influence between financial assets in order to identify the origin of market instabilities. Here, we analyze the correlation between Japan’s Nikkei stock average index (Nikkei 225) and other financial markets by introducing a volatility-constrained correlation metric. The asymmetric feature of the metric reveals which asset is more influential than the other. As a result, this method allows us to unveil the directionality of the correlation effect, which could not be observed from the standard correlation analysis. Furthermore, we present a theoretical model that reproduces the results observed in empirical analysis.

In this work, we have analyzed the correlation between the Nikkei 225 and other financial assets, in terms of the volatility of the base assets. We have introduced the volatility-constrained correlation metric and examined the asymmetric feature of this metric with respect to the base asset. Our main finding shows that the Nikkei 225 is influenced by the USDJPY and the DJIA more than the reverse case. This reflects the international economic power balance between Japan and the US, namely, the economy of the US is more influential than that of Japan. Furthermore, our results also show that, in general, when the volatility of base asset returns increases, the correlation between Japan’s Nikkei stock average index (Nikkei 225) and other financial markets gets stronger. On the other hand, in the low volatile period, the correlation is weak. Unlike the standard correlation coefficient, our metric allows us to identify which asset is more influential than the other. In future research, it could be important to study the correlation among stocks, bonds, and currency markets with respect to this asymmetric feature and analyze the direction of the correlation between them. Large-scale financial data analysis across assets is becoming highly important for asset managers, banks and even monetary authorities to develop quick responses to fluctuating market conditions. Moreover, in many cases, it is a priority to identify the origin of fluctuations. The presented method using volatility-constrained correlation could be an additional technique to determine the directionality of the influence between financial markets.