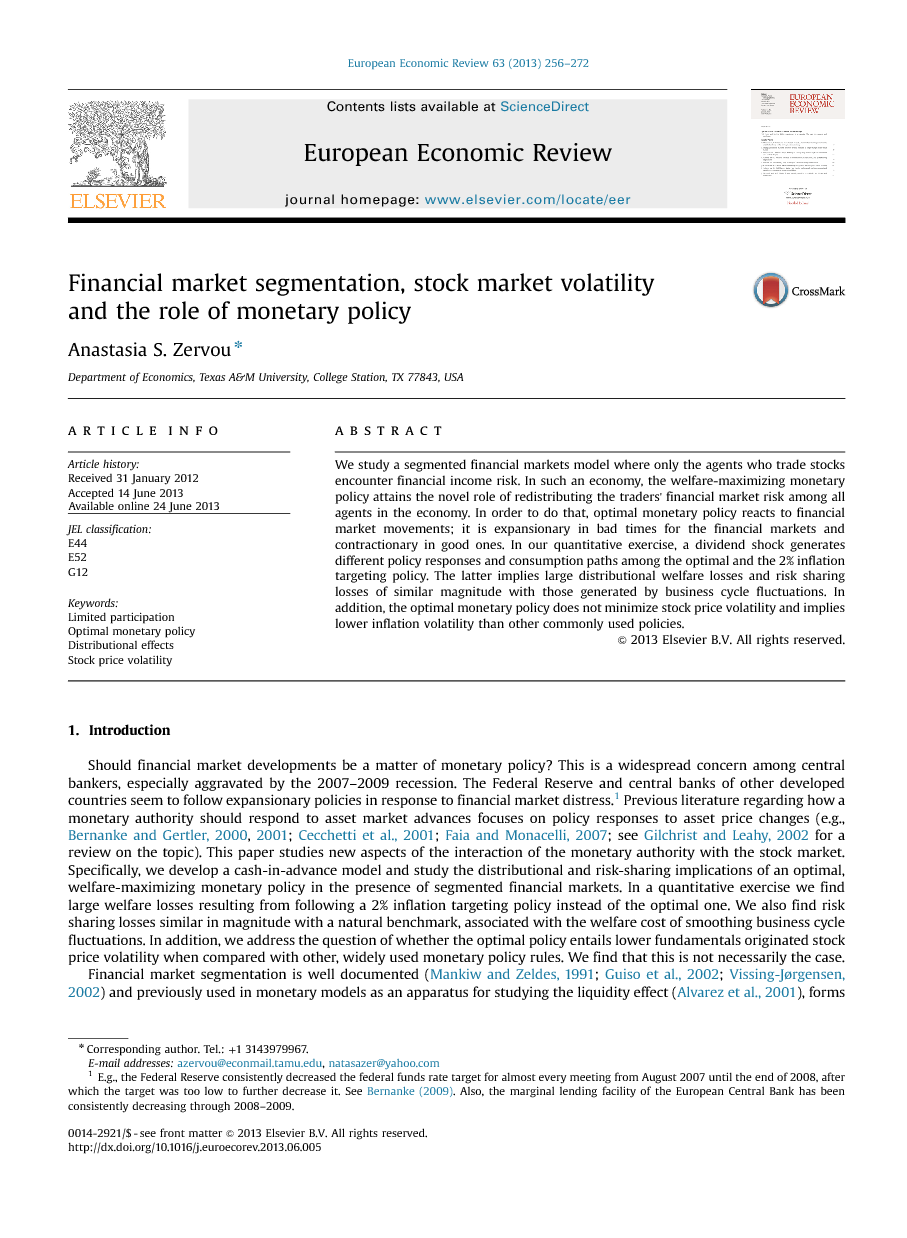 We study a segmented financial markets model where only the agents who trade stocks encounter financial income risk. In such an economy, the welfare-maximizing monetary policy attains the novel role of redistributing the traders' financial market risk among all agents in the economy. In order to do that, optimal monetary policy reacts to financial market movements; it is expansionary in bad times for the financial markets and contractionary in good ones. In our quantitative exercise, a dividend shock generates different policy responses and consumption paths among the optimal and the 2% inflation targeting policy. The latter implies large distributional welfare losses and risk sharing losses of similar magnitude with those generated by business cycle fluctuations. In addition, the optimal monetary policy does not minimize stock price volatility and implies lower inflation volatility than other commonly used policies.