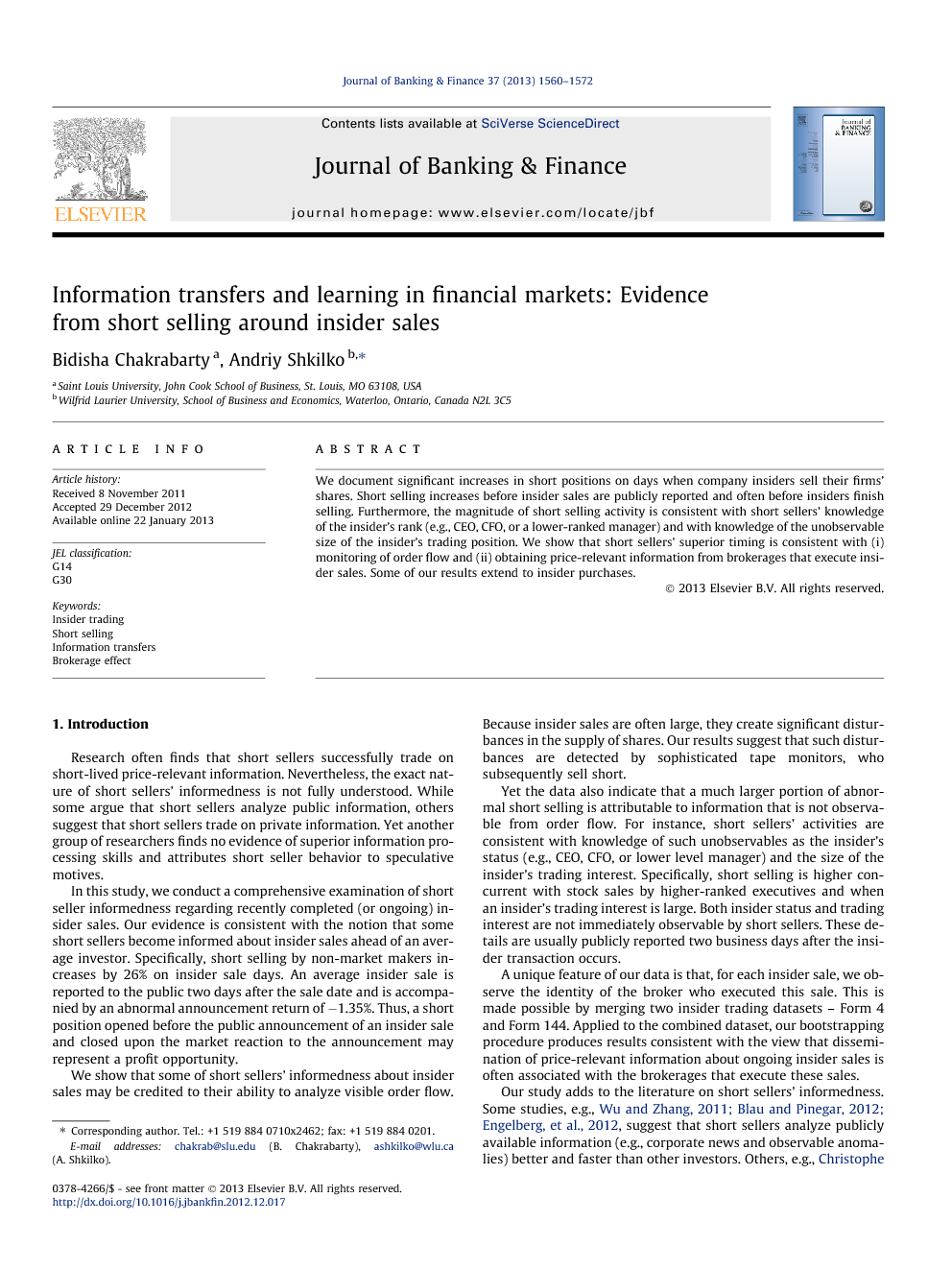 We document significant increases in short positions on days when company insiders sell their firms’ shares. Short selling increases before insider sales are publicly reported and often before insiders finish selling. Furthermore, the magnitude of short selling activity is consistent with short sellers’ knowledge of the insider’s rank (e.g., CEO, CFO, or a lower-ranked manager) and with knowledge of the unobservable size of the insider’s trading position. We show that short sellers’ superior timing is consistent with (i) monitoring of order flow and (ii) obtaining price-relevant information from brokerages that execute insider sales. Some of our results extend to insider purchases.

Our unique dataset identifies, for each insider sale, the brokerage firm that executed this sale and allows us to closely examine the issue of piggybacking in the brokerage industry. We are the first study to provide conclusive evidence consistent with the notion that information about recently completed and ongoing insider sales is often disseminated by executing brokerages to their third party clients. These clients subsequently open short positions that have significant profit potential. Our findings extend to insider purchases; we find abnormally low short selling on insider purchase days. These results suggest that short selling subsequent to insider transactions is informed rather than speculative. Lastly, we identify a source of short seller informedness that has been generally overlooked by prior studies – learning by interpreting signals embedded in public order flow.