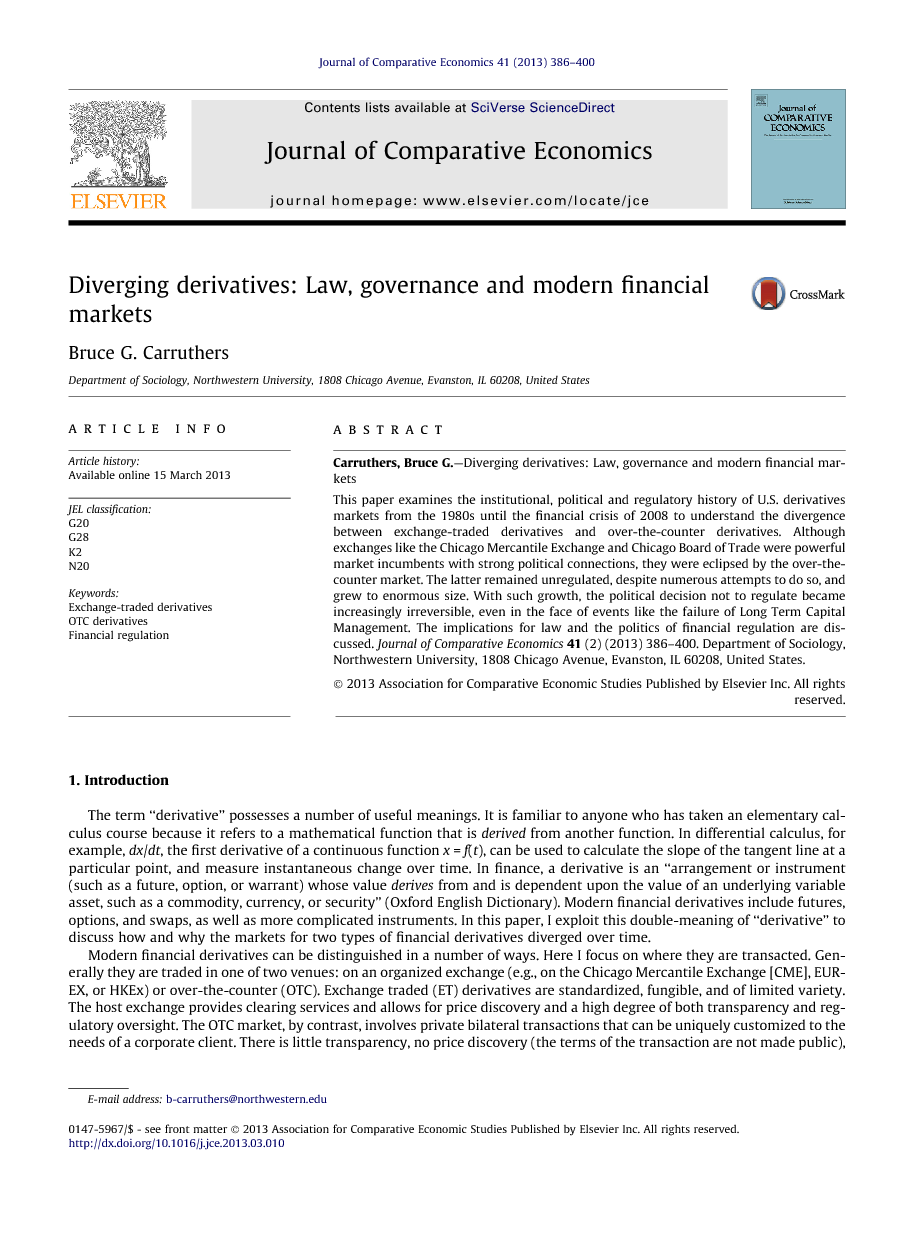 This paper examines the institutional, political and regulatory history of U.S. derivatives markets from the 1980s until the financial crisis of 2008 to understand the divergence between exchange-traded derivatives and over-the-counter derivatives. Although exchanges like the Chicago Mercantile Exchange and Chicago Board of Trade were powerful market incumbents with strong political connections, they were eclipsed by the over-the-counter market. The latter remained unregulated, despite numerous attempts to do so, and grew to enormous size. With such growth, the political decision not to regulate became increasingly irreversible, even in the face of events like the failure of Long Term Capital Management. The implications for law and the politics of financial regulation are discussed.