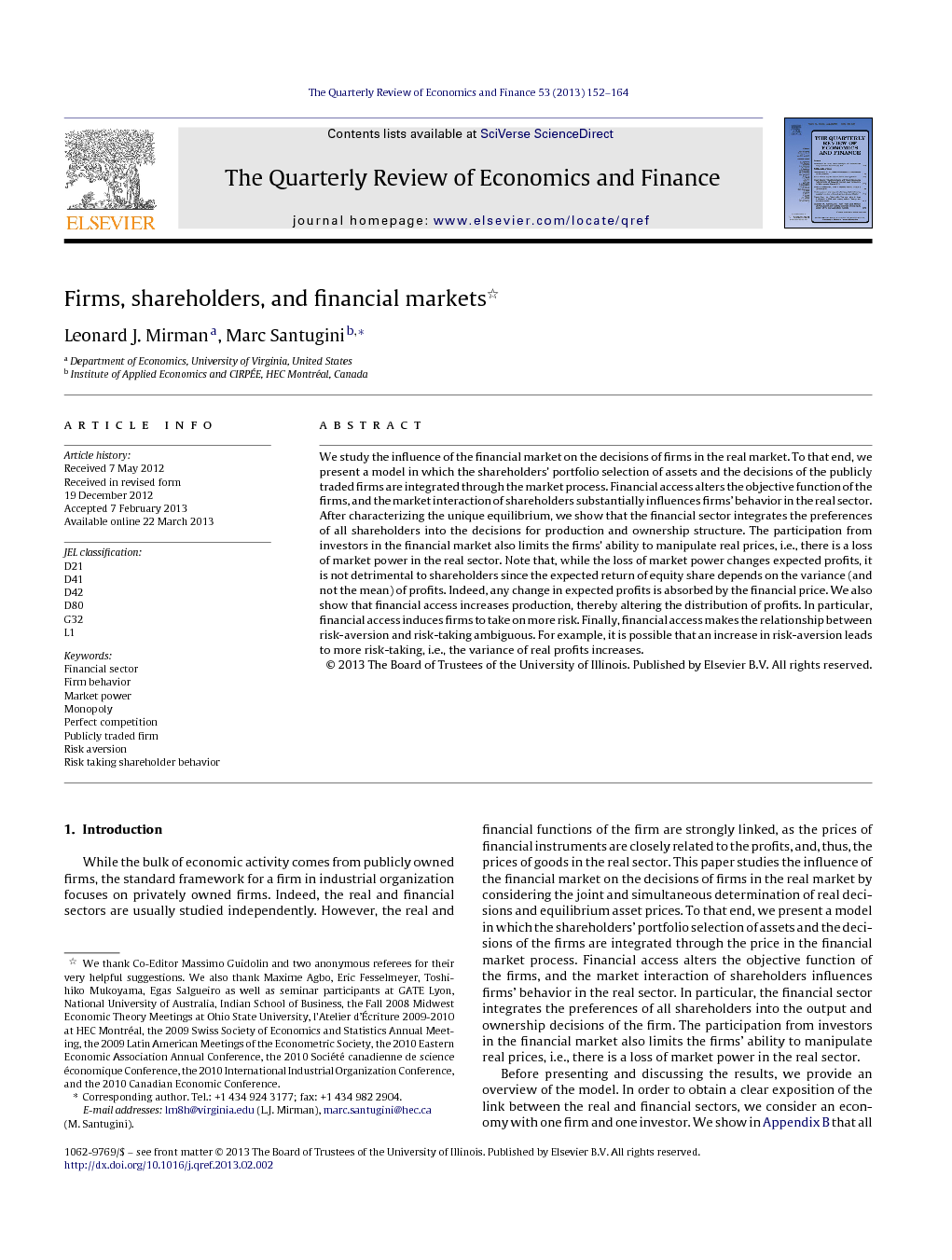 We study the influence of the financial market on the decisions of firms in the real market. To that end, we present a model in which the shareholders’ portfolio selection of assets and the decisions of the publicly traded firms are integrated through the market process. Financial access alters the objective function of the firms, and the market interaction of shareholders substantially influences firms’ behavior in the real sector. After characterizing the unique equilibrium, we show that the financial sector integrates the preferences of all shareholders into the decisions for production and ownership structure. The participation from investors in the financial market also limits the firms’ ability to manipulate real prices, i.e., there is a loss of market power in the real sector. Note that, while the loss of market power changes expected profits, it is not detrimental to shareholders since the expected return of equity share depends on the variance (and not the mean) of profits. Indeed, any change in expected profits is absorbed by the financial price. We also show that financial access increases production, thereby altering the distribution of profits. In particular, financial access induces firms to take on more risk. Finally, financial access makes the relationship between risk-aversion and risk-taking ambiguous. For example, it is possible that an increase in risk-aversion leads to more risk-taking, i.e., the variance of real profits increases.