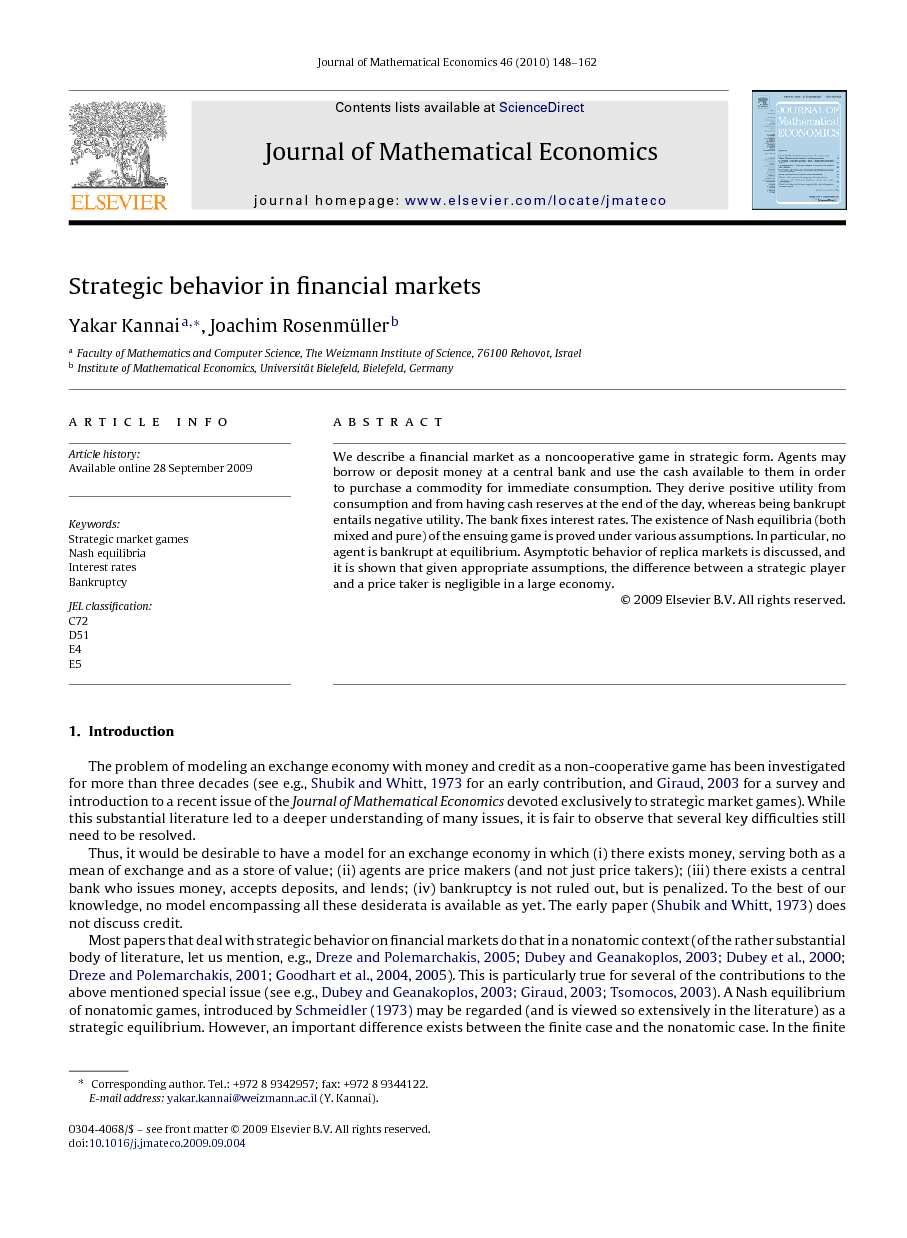 We describe a financial market as a noncooperative game in strategic form. Agents may borrow or deposit money at a central bank and use the cash available to them in order to purchase a commodity for immediate consumption. They derive positive utility from consumption and from having cash reserves at the end of the day, whereas being bankrupt entails negative utility. The bank fixes interest rates. The existence of Nash equilibria (both mixed and pure) of the ensuing game is proved under various assumptions. In particular, no agent is bankrupt at equilibrium. Asymptotic behavior of replica markets is discussed, and it is shown that given appropriate assumptions, the difference between a strategic player and a price taker is negligible in a large economy.