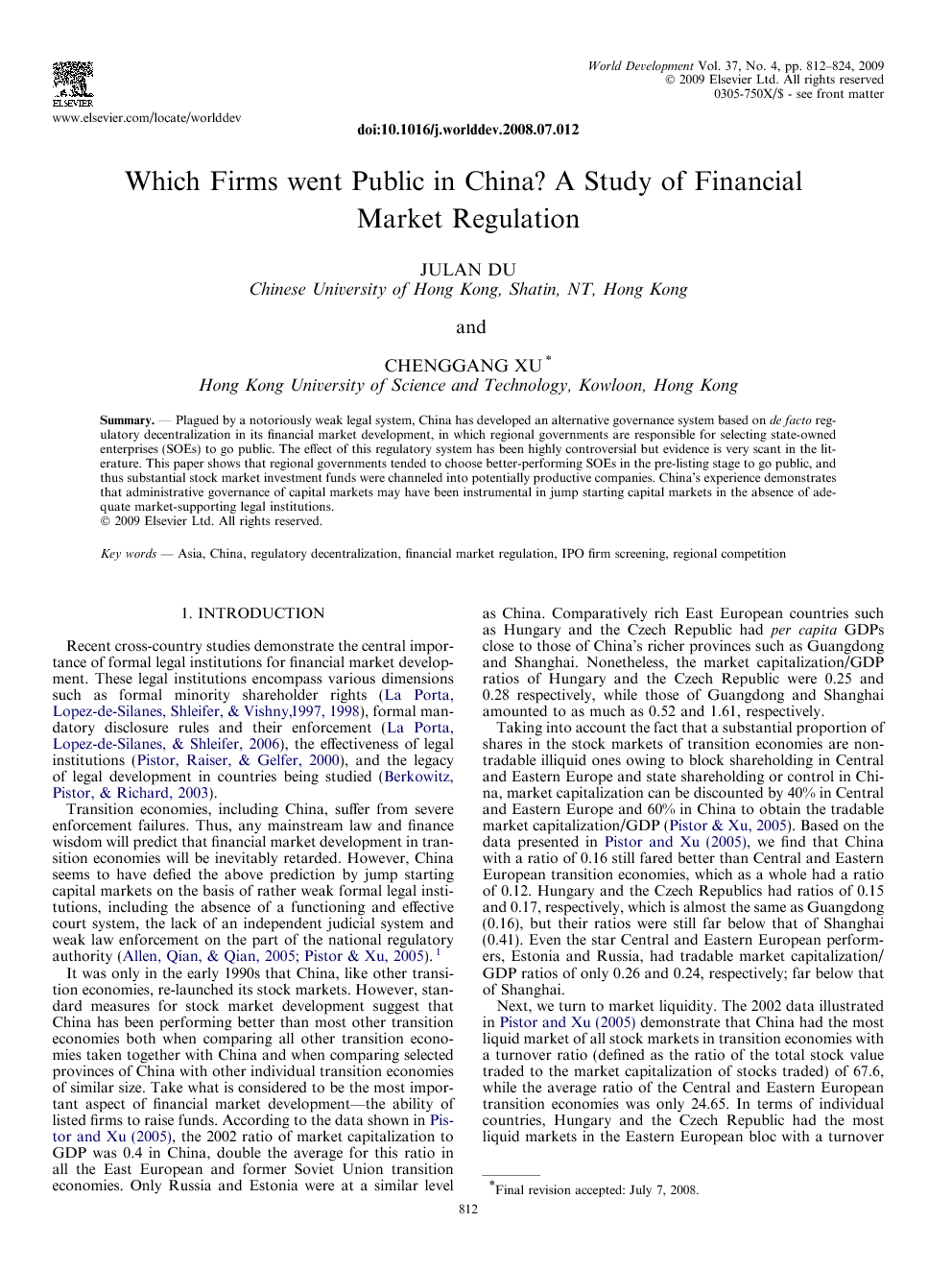 Plagued by a notoriously weak legal system, China has developed an alternative governance system based on de facto regulatory decentralization in its financial market development, in which regional governments are responsible for selecting state-owned enterprises (SOEs) to go public. The effect of this regulatory system has been highly controversial but evidence is very scant in the literature. This paper shows that regional governments tended to choose better-performing SOEs in the pre-listing stage to go public, and thus substantial stock market investment funds were channeled into potentially productive companies. China’s experience demonstrates that administrative governance of capital markets may have been instrumental in jump starting capital markets in the absence of adequate market-supporting legal institutions.

In this study, we show that quota-based regulatory decentralization motivated regional governments in China to select better-quality SOEs for going public by taking advantage of their strength in corporate information acquisition. This provided a reasonable governance system that ensured the relatively smooth development of capital markets in China. Our paper focuses on explaining the effectiveness of the quota-based regulatory decentralization in the initial stage of jump starting the stock markets in China. However, we wish to point out this type of administrative governance is not a long-term solution for financial regulation. It does not work effectively for non-state-owned firms because regional governments do not have a natural advantage in information acquisition in non-state-owned enterprises. Moreover, the effectiveness of the administrative governance system in monitoring companies weakens once companies are listed on the market. The diversification of post-listing corporate ownership and the negative impact of government intervention deter regional governments from continuing to stay closely involved in the business operations of listed companies. Therefore, although the quota system might have helped successfully jump start the financial market, in the long run it is essential for China to strengthen standard law enforcement mechanisms.