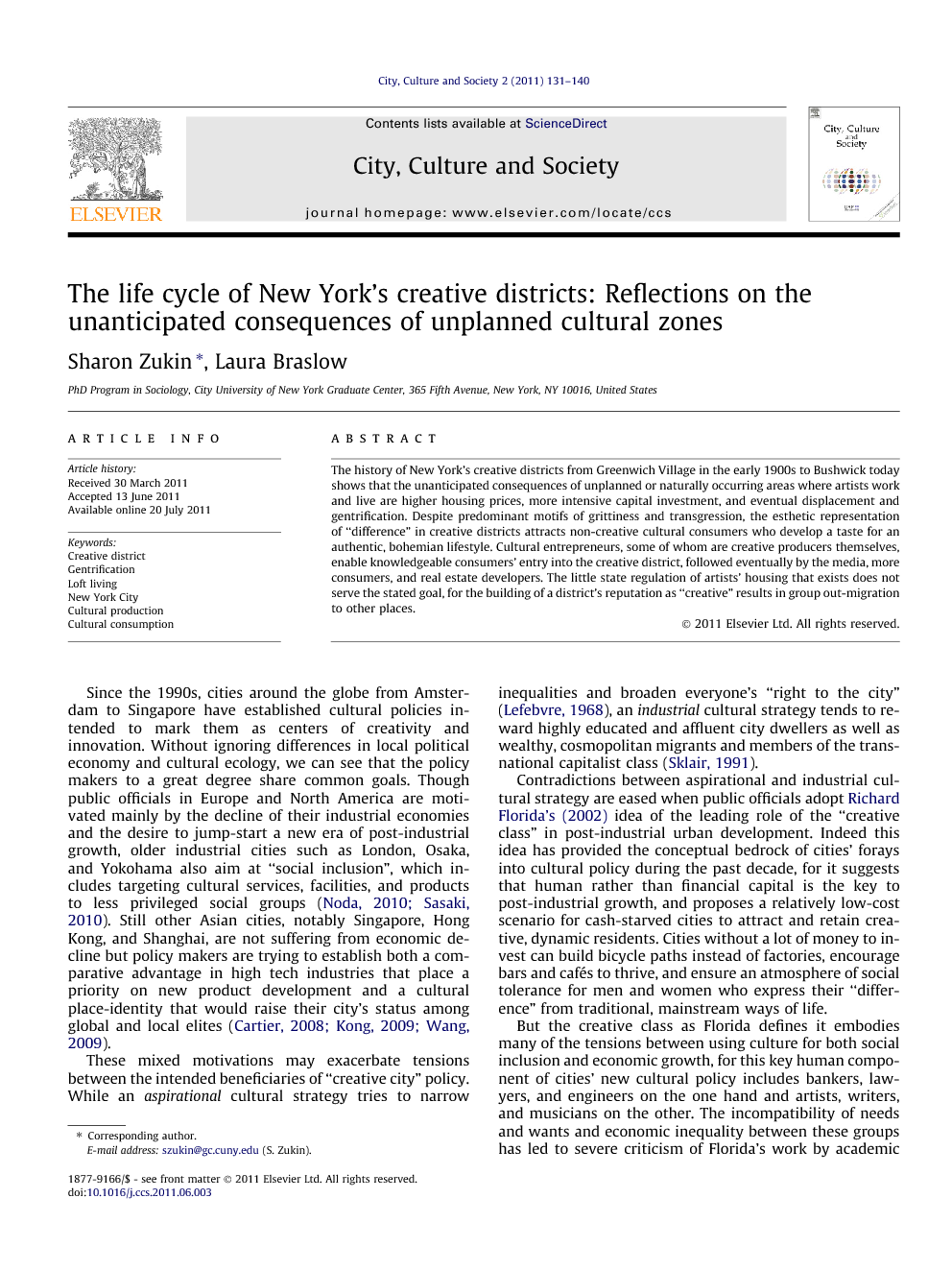 The history of New York’s creative districts from Greenwich Village in the early 1900s to Bushwick today shows that the unanticipated consequences of unplanned or naturally occurring areas where artists work and live are higher housing prices, more intensive capital investment, and eventual displacement and gentrification. Despite predominant motifs of grittiness and transgression, the esthetic representation of “difference” in creative districts attracts non-creative cultural consumers who develop a taste for an authentic, bohemian lifestyle. Cultural entrepreneurs, some of whom are creative producers themselves, enable knowledgeable consumers’ entry into the creative district, followed eventually by the media, more consumers, and real estate developers. The little state regulation of artists’ housing that exists does not serve the stated goal, for the building of a district’s reputation as “creative” results in group out-migration to other places.