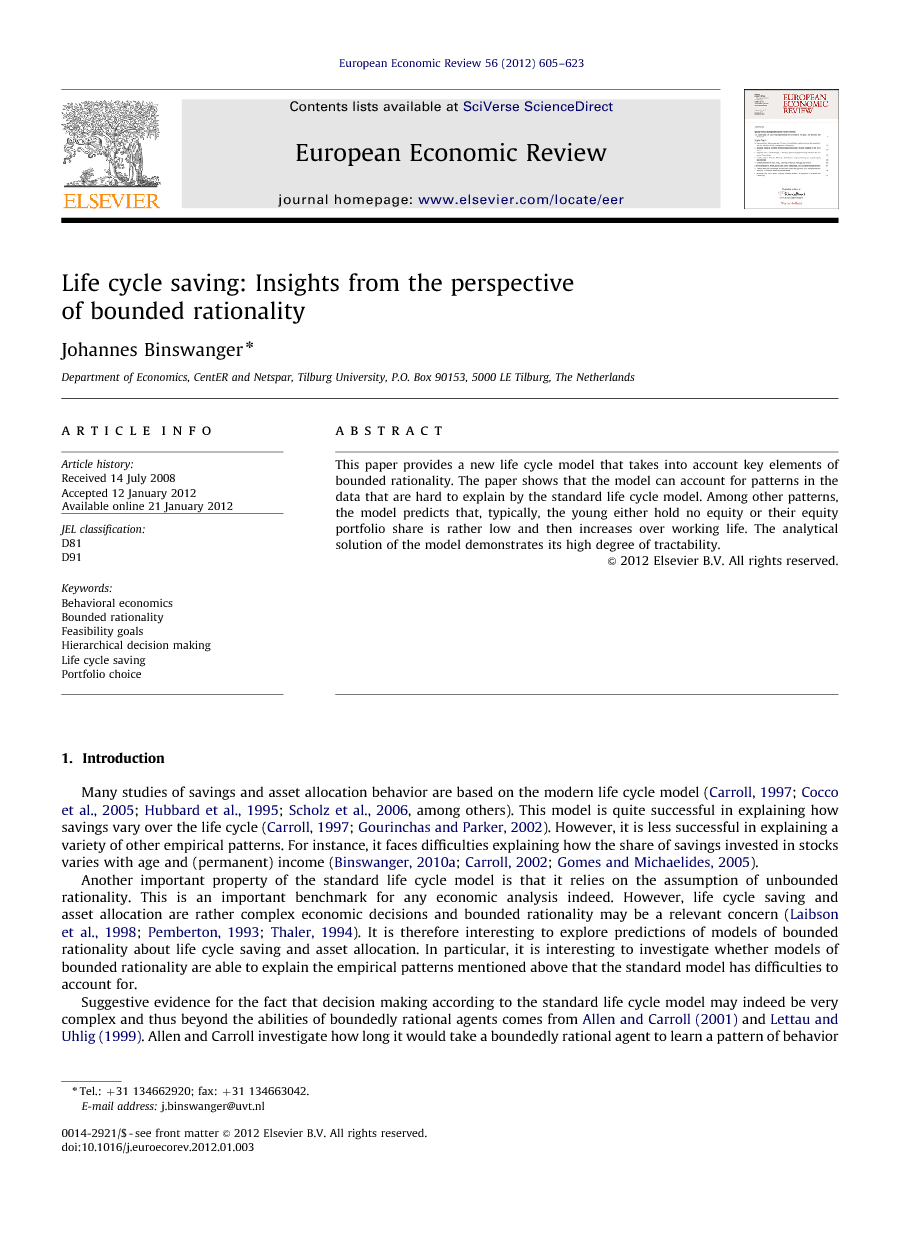 This paper provides a new life cycle model that takes into account key elements of bounded rationality. The paper shows that the model can account for patterns in the data that are hard to explain by the standard life cycle model. Among other patterns, the model predicts that, typically, the young either hold no equity or their equity portfolio share is rather low and then increases over working life. The analytical solution of the model demonstrates its high degree of tractability.

This paper has provided a new model of intertemporal choice under bounded rationality. The model is characterized by hierarchical decision making, on the one hand, and planning by means of feasibility goals, on the other. In contrast to existing models, the HFG model can be easily solved analytically for interesting benchmark cases such as a three-period or an infinite-horizon setup. The analysis in this paper shows that the model can account for key empirical patterns of savings and asset allocation that are difficult to reconcile with existing models. Due to its tractability and predictive success, the HFG model may provide a useful addition to economists' toolkit. In particular, the model may prove useful for thinking about how saving and risk taking react to changes in institutional settings that affect the level and risk of individual income. Important examples of such changes include pension reform and reforms concerning the welfare state in general.