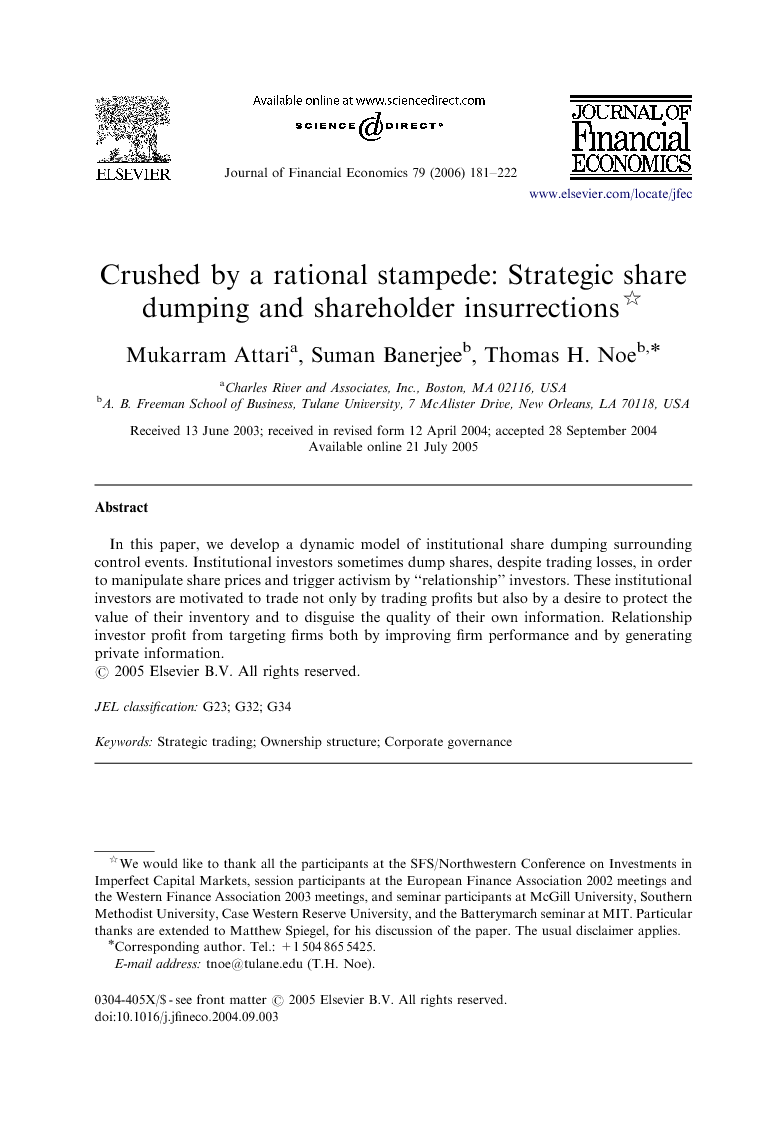 We study the role of takeover threats as a corporate control mechanism using [Aghion, P., Tirole, J., 1997. Formal and real authority in organizations. Journal of Political Economy 105, 1–29] model of formal and real authority. Shareholders do not monitor the manager's actions since ownership is widely dispersed. A corporate raider may monitor and step in if a profit opportunity exists. In our model, a takeover threat decreases managerial effort and may increase the value of the shares. We also look at the extent of anti-takeover defenses favored by individual shareholders and institutional investors.