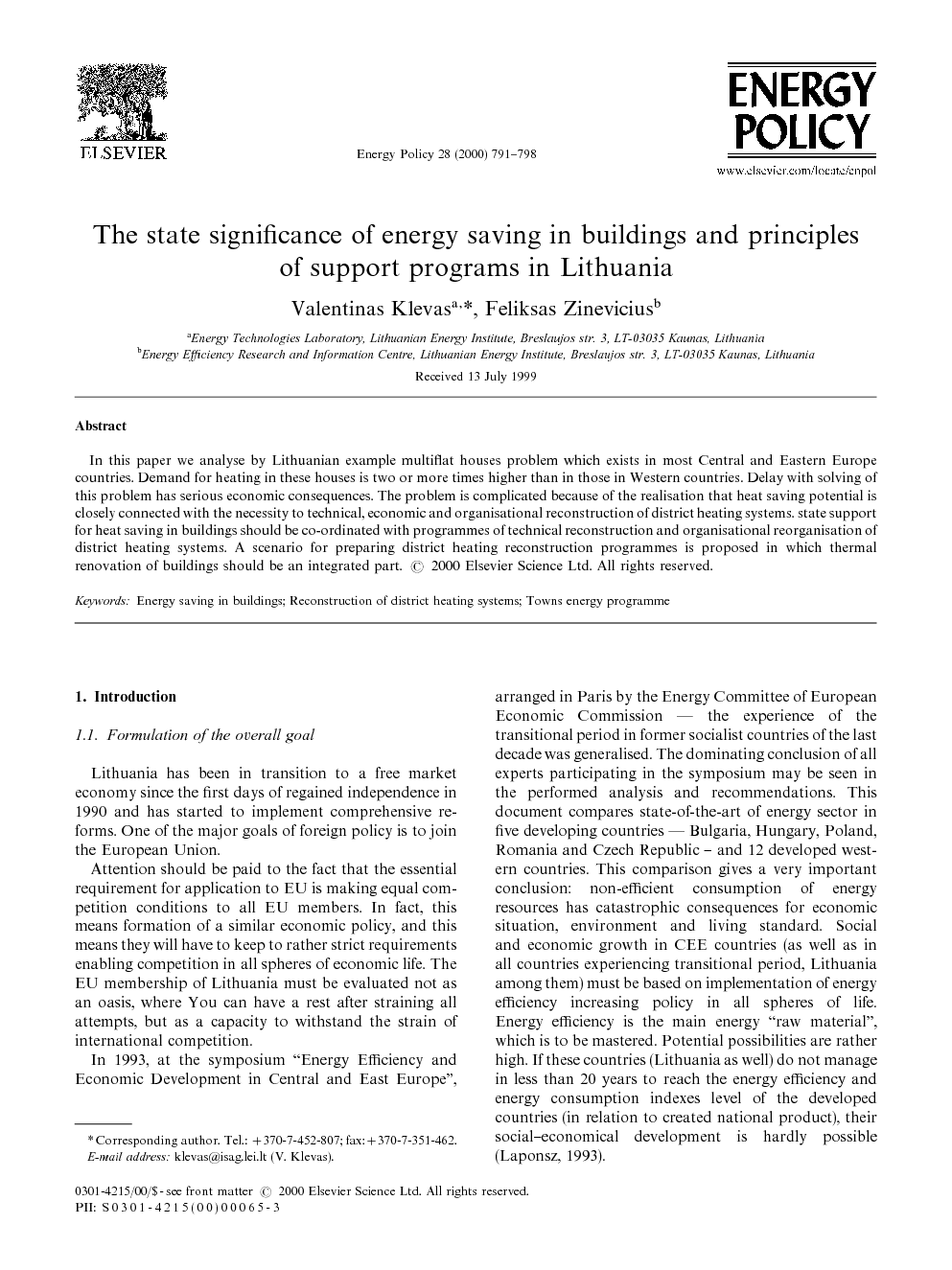 In this paper we analyse by Lithuanian example multiflat houses problem which exists in most Central and Eastern Europe countries. Demand for heating in these houses is two or more times higher than in those in Western countries. Delay with solving of this problem has serious economic consequences. The problem is complicated because of the realisation that heat saving potential is closely connected with the necessity to technical, economic and organisational reconstruction of district heating systems. state support for heat saving in buildings should be co-ordinated with programmes of technical reconstruction and organisational reorganisation of district heating systems. A scenario for preparing district heating reconstruction programmes is proposed in which thermal renovation of buildings should be an integrated part.