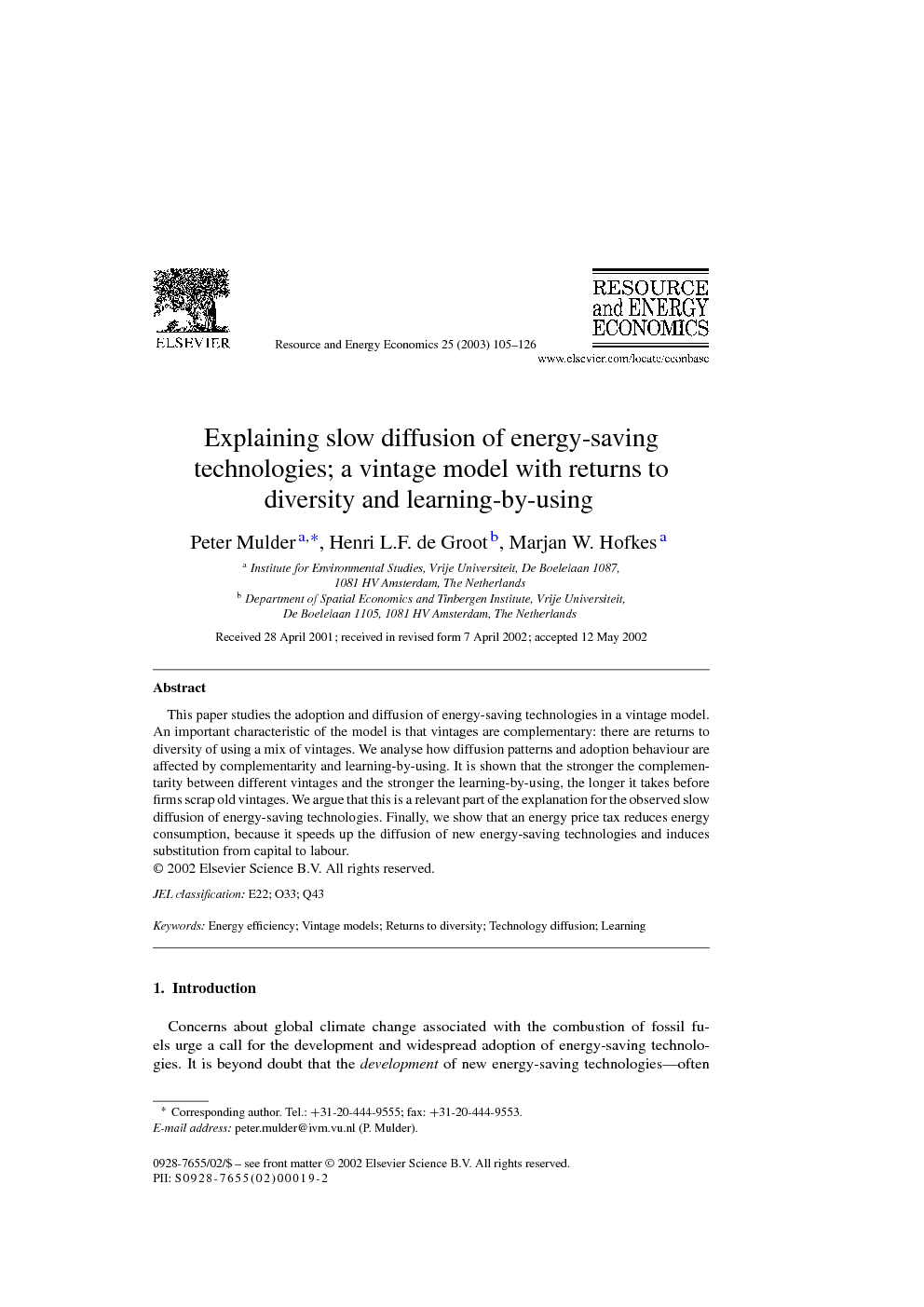 This paper studies the adoption and diffusion of energy-saving technologies in a vintage model. An important characteristic of the model is that vintages are complementary: there are returns to diversity of using a mix of vintages. We analyse how diffusion patterns and adoption behaviour are affected by complementarity and learning-by-using. It is shown that the stronger the complementarity between different vintages and the stronger the learning-by-using, the longer it takes before firms scrap old vintages. We argue that this is a relevant part of the explanation for the observed slow diffusion of energy-saving technologies. Finally, we show that an energy price tax reduces energy consumption, because it speeds up the diffusion of new energy-saving technologies and induces substitution from capital to labour.

The widespread adoption of energy-efficient technologies is a lengthy and costly process. In this paper, we developed a vintage model to study the diffusion of energy-saving technologies and to explain why diffusion is gradual and why firms continue to invest in old technologies. An important characteristic of our model is that vintages are complementary; there are returns to diversity of using different vintages. We have argued that this is a potentially relevant part of the explanation of the energy efficiency paradox. Furthermore, we showed that this effect is intensified when we take learning-by-using effects into account. A firm faces loss of expertise on a particular vintage, gained by virtue of experience, when it switches to a newer vintage and this provides an extra argument for firms to invest in older vintages. We show that an increase in energy efficiency speeds up scrapping of older technologies and induces an increase in the demand for vintage capital, since it makes the capital–energy composite cheaper. The former reduces the demand for energy whereas the latter increases the demand for energy since we assume no substitution possibilities between capital and energy. Finally, we show that an energy price tax speeds up the diffusion of new energy-saving technologies and induces substitution from capital to labour, both decreasing the demand for energy. Therefore, in our model the development in total energy consumption depends on the relative magnitude of the energy price tax and the exogenous energy efficiency improvement.