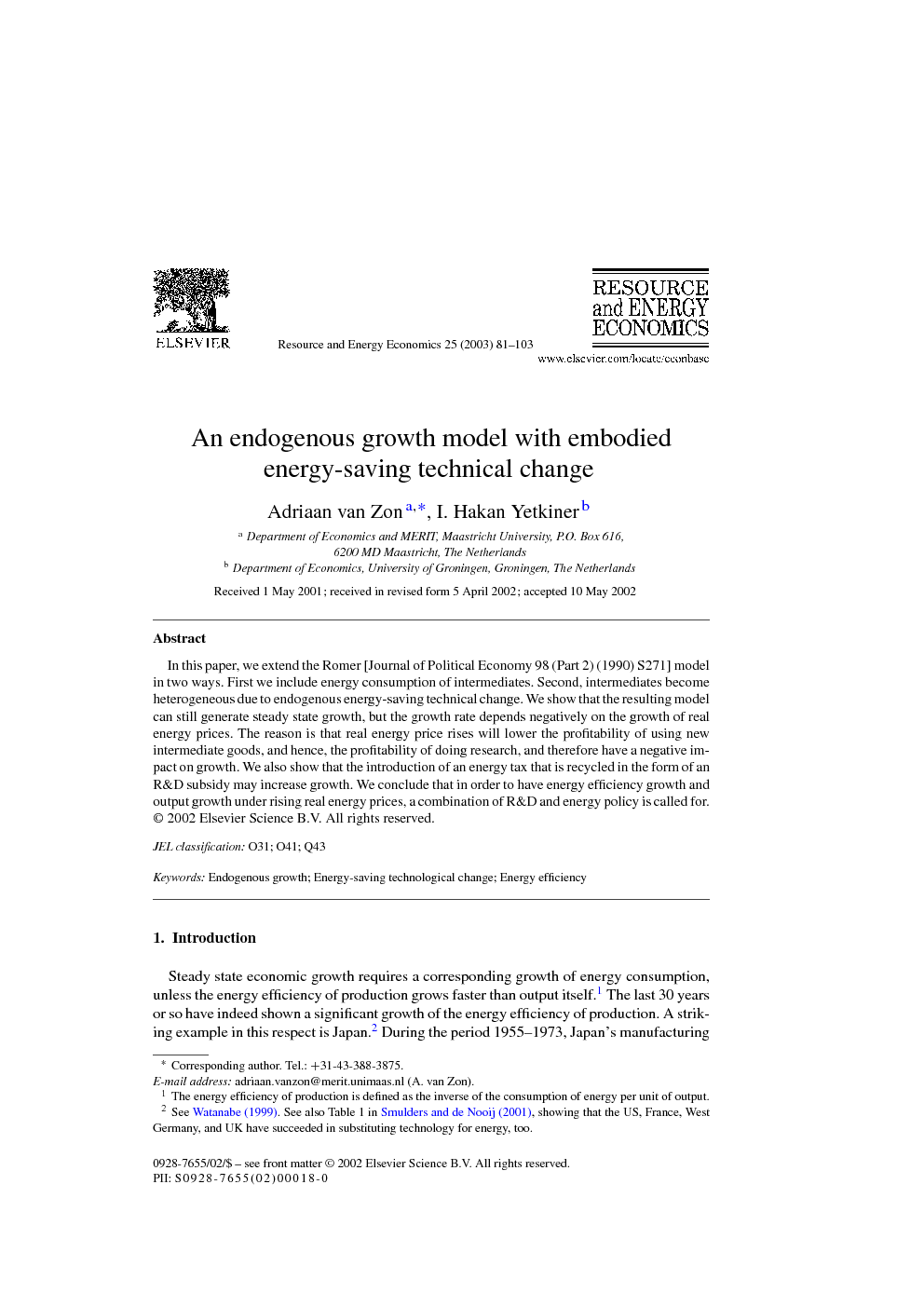 In this paper, we extend the Romer [Journal of Political Economy 98 (Part 2) (1990) S271] model in two ways. First we include energy consumption of intermediates. Second, intermediates become heterogeneous due to endogenous energy-saving technical change. We show that the resulting model can still generate steady state growth, but the growth rate depends negatively on the growth of real energy prices. The reason is that real energy price rises will lower the profitability of using new intermediate goods, and hence, the profitability of doing research, and therefore have a negative impact on growth. We also show that the introduction of an energy tax that is recycled in the form of an R&D subsidy may increase growth. We conclude that in order to have energy efficiency growth and output growth under rising real energy prices, a combination of R&D and energy policy is called for.