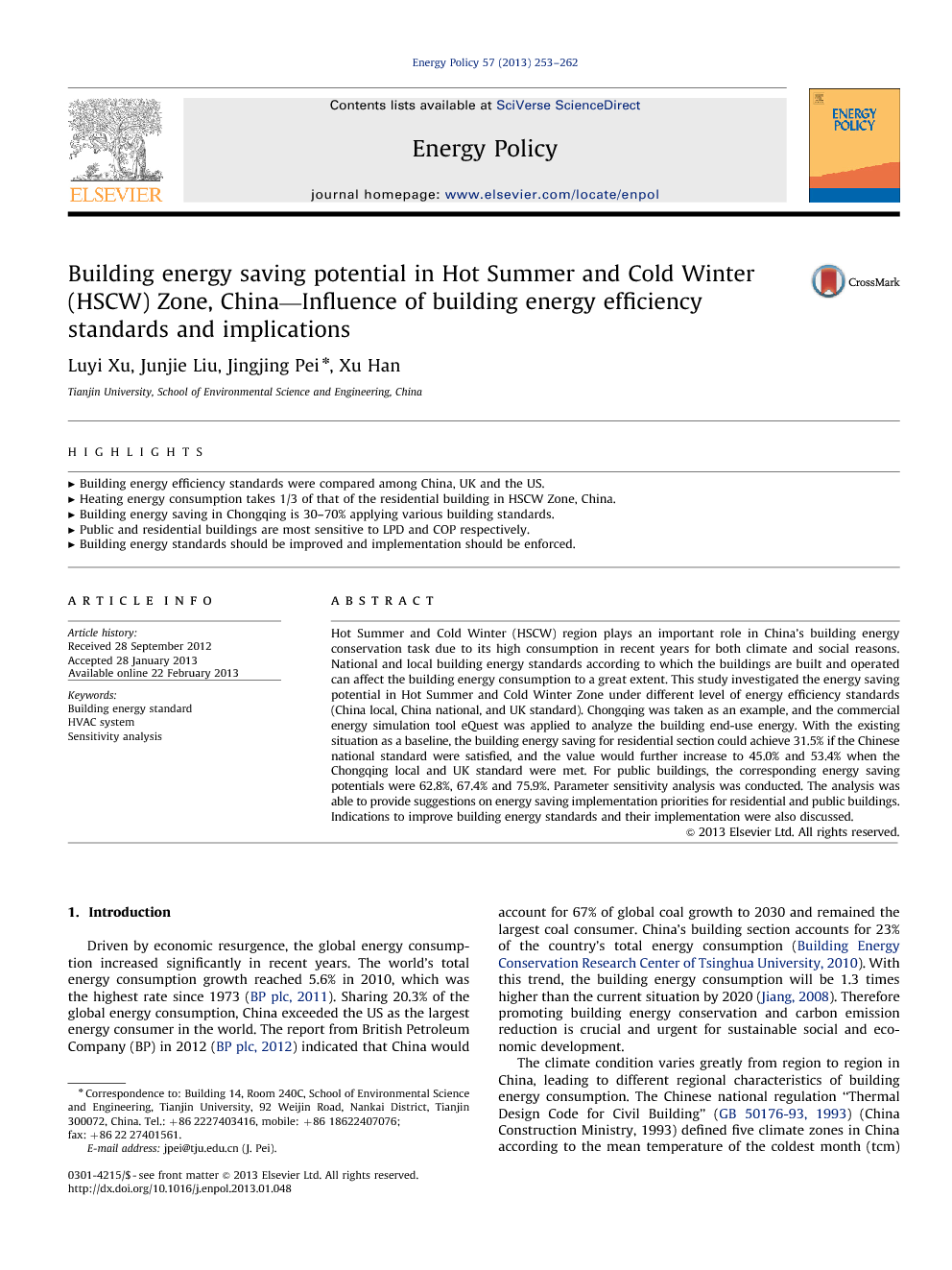 Hot Summer and Cold Winter (HSCW) region plays an important role in China's building energy conservation task due to its high consumption in recent years for both climate and social reasons. National and local building energy standards according to which the buildings are built and operated can affect the building energy consumption to a great extent. This study investigated the energy saving potential in Hot Summer and Cold Winter Zone under different level of energy efficiency standards (China local, China national, and UK standard). Chongqing was taken as an example, and the commercial energy simulation tool eQuest was applied to analyze the building end-use energy. With the existing situation as a baseline, the building energy saving for residential section could achieve 31.5% if the Chinese national standard were satisfied, and the value would further increase to 45.0% and 53.4% when the Chongqing local and UK standard were met. For public buildings, the corresponding energy saving potentials were 62.8%, 67.4% and 75.9%. Parameter sensitivity analysis was conducted. The analysis was able to provide suggestions on energy saving implementation priorities for residential and public buildings. Indications to improve building energy standards and their implementation were also discussed.