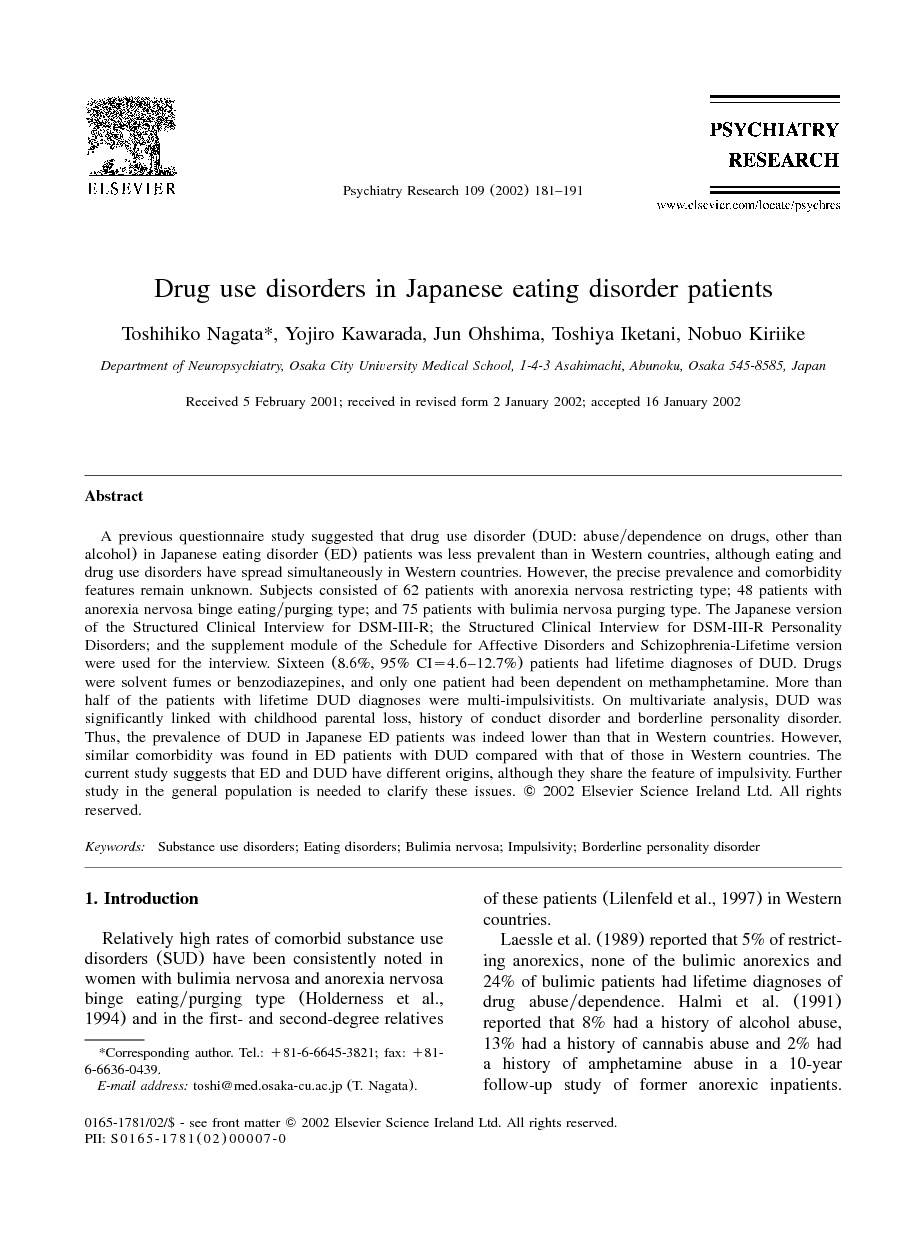 A previous questionnaire study suggested that drug use disorder (DUD: abuse/dependence on drugs, other than alcohol) in Japanese eating disorder (ED) patients was less prevalent than in Western countries, although eating and drug use disorders have spread simultaneously in Western countries. However, the precise prevalence and comorbidity features remain unknown. Subjects consisted of 62 patients with anorexia nervosa restricting type; 48 patients with anorexia nervosa binge eating/purging type; and 75 patients with bulimia nervosa purging type. The Japanese version of the Structured Clinical Interview for DSM-III-R; the Structured Clinical Interview for DSM-III-R Personality Disorders; and the supplement module of the Schedule for Affective Disorders and Schizophrenia-Lifetime version were used for the interview. Sixteen (8.6%, 95% CI=4.6–12.7%) patients had lifetime diagnoses of DUD. Drugs were solvent fumes or benzodiazepines, and only one patient had been dependent on methamphetamine. More than half of the patients with lifetime DUD diagnoses were multi-impulsivitists. On multivariate analysis, DUD was significantly linked with childhood parental loss, history of conduct disorder and borderline personality disorder. Thus, the prevalence of DUD in Japanese ED patients was indeed lower than that in Western countries. However, similar comorbidity was found in ED patients with DUD compared with that of those in Western countries. The current study suggests that ED and DUD have different origins, although they share the feature of impulsivity. Further study in the general population is needed to clarify these issues.