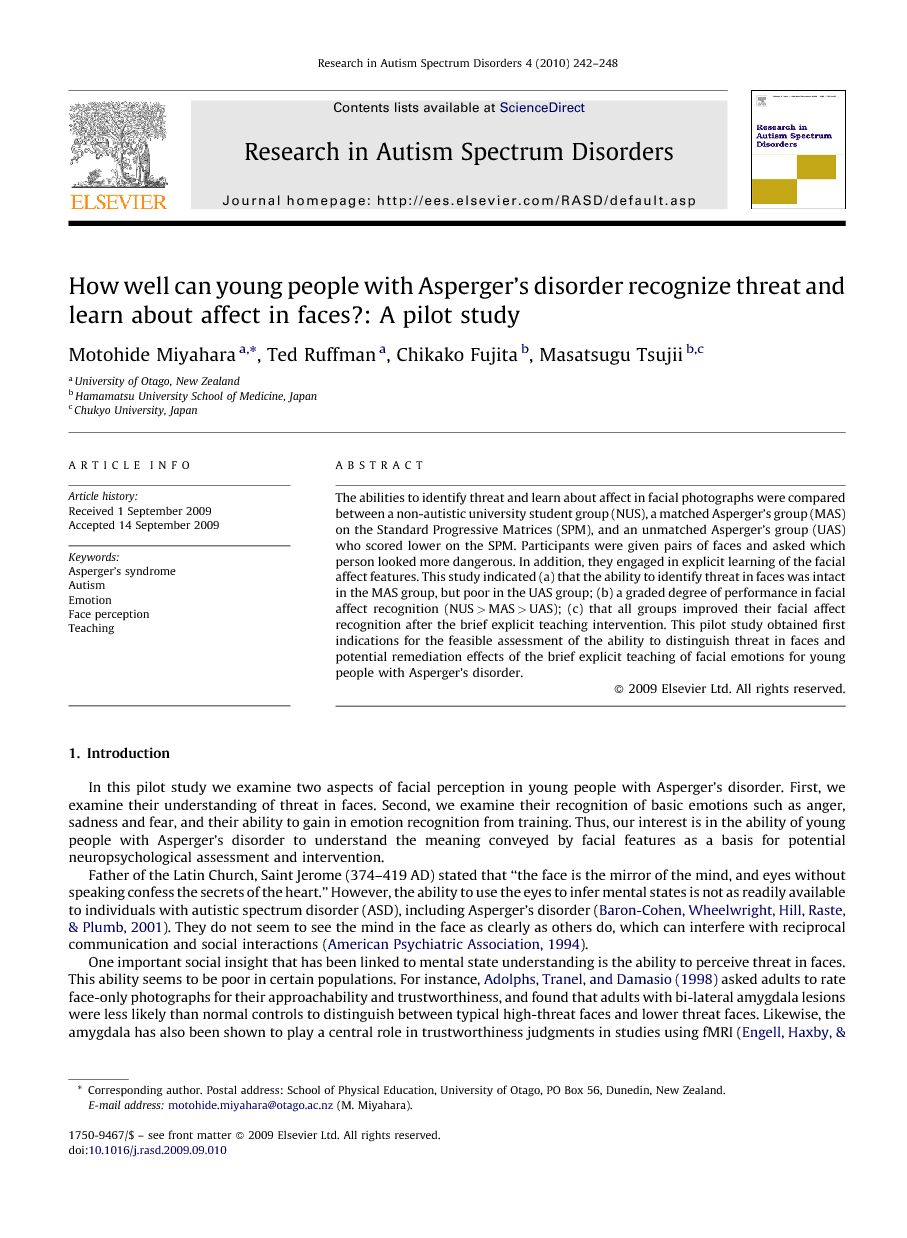 The abilities to identify threat and learn about affect in facial photographs were compared between a non-autistic university student group (NUS), a matched Asperger's group (MAS) on the Standard Progressive Matrices (SPM), and an unmatched Asperger's group (UAS) who scored lower on the SPM. Participants were given pairs of faces and asked which person looked more dangerous. In addition, they engaged in explicit learning of the facial affect features. This study indicated (a) that the ability to identify threat in faces was intact in the MAS group, but poor in the UAS group; (b) a graded degree of performance in facial affect recognition (NUS > MAS > UAS); (c) that all groups improved their facial affect recognition after the brief explicit teaching intervention. This pilot study obtained first indications for the feasible assessment of the ability to distinguish threat in faces and potential remediation effects of the brief explicit teaching of facial emotions for young people with Asperger's disorder.