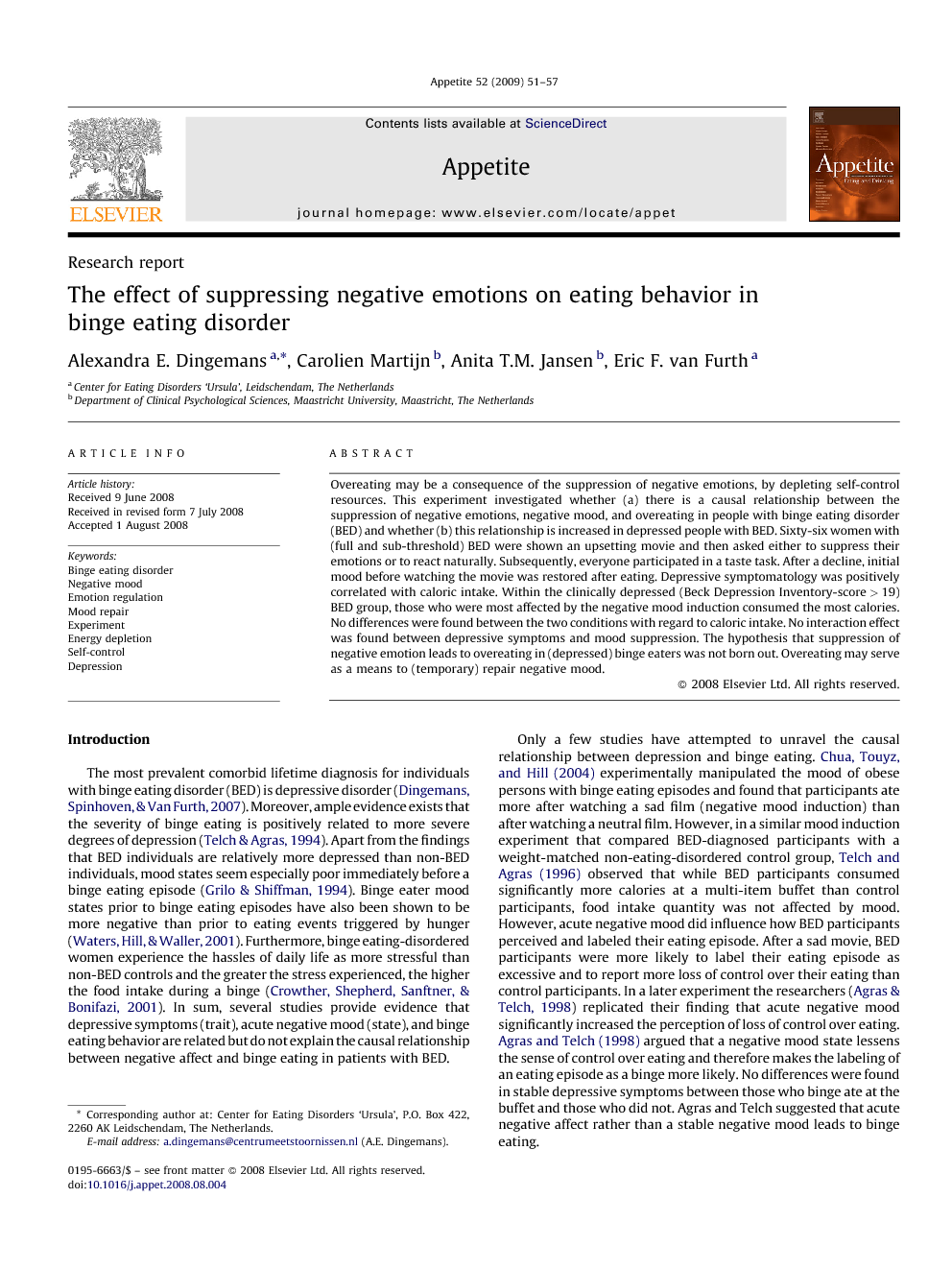 Overeating may be a consequence of the suppression of negative emotions, by depleting self-control resources. This experiment investigated whether (a) there is a causal relationship between the suppression of negative emotions, negative mood, and overeating in people with binge eating disorder (BED) and whether (b) this relationship is increased in depressed people with BED. Sixty-six women with (full and sub-threshold) BED were shown an upsetting movie and then asked either to suppress their emotions or to react naturally. Subsequently, everyone participated in a taste task. After a decline, initial mood before watching the movie was restored after eating. Depressive symptomatology was positively correlated with caloric intake. Within the clinically depressed (Beck Depression Inventory-score > 19) BED group, those who were most affected by the negative mood induction consumed the most calories. No differences were found between the two conditions with regard to caloric intake. No interaction effect was found between depressive symptoms and mood suppression. The hypothesis that suppression of negative emotion leads to overeating in (depressed) binge eaters was not born out. Overeating may serve as a means to (temporary) repair negative mood.