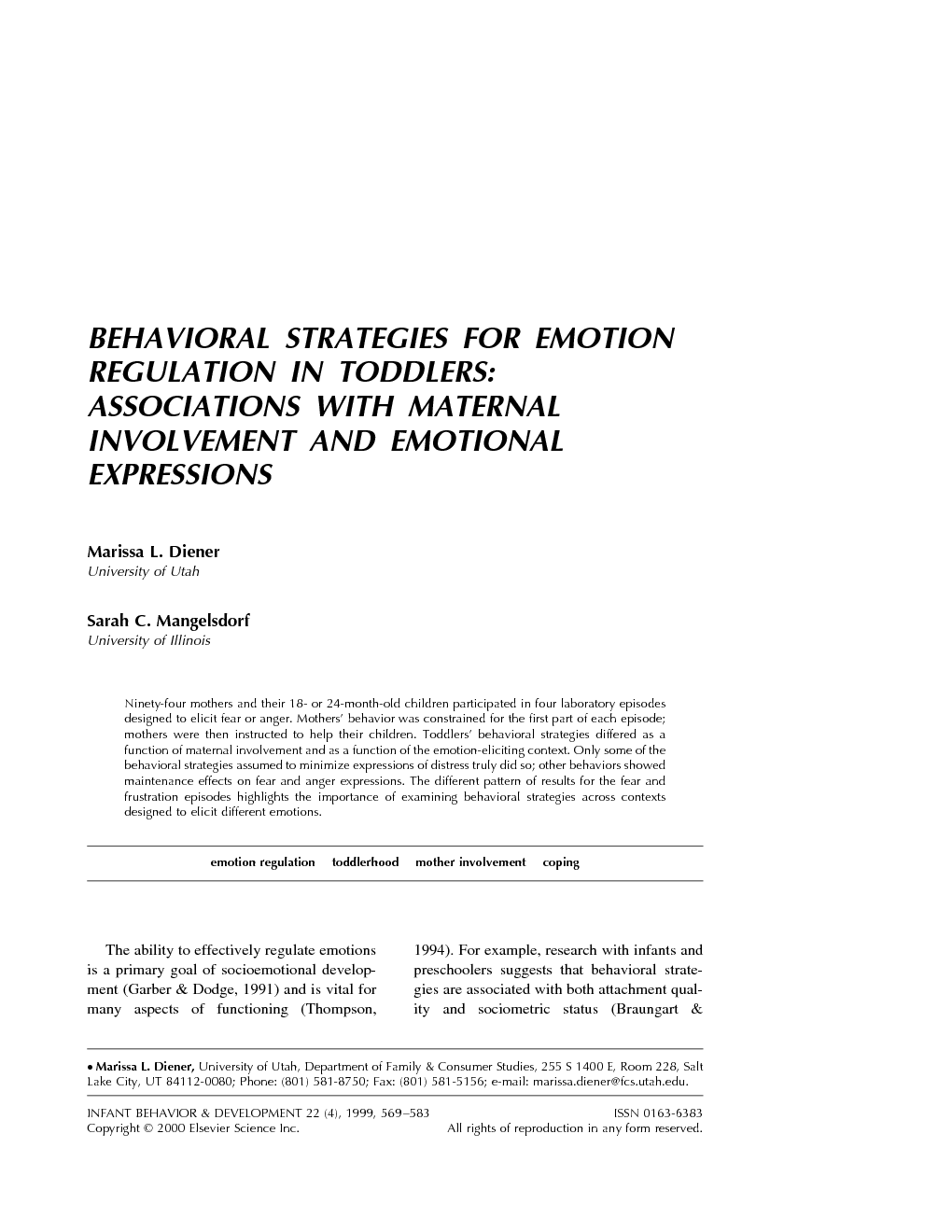 Ninety-four mothers and their 18- or 24-month-old children participated in four laboratory episodes designed to elicit fear or anger. Mothers’ behavior was constrained for the first part of each episode; mothers were then instructed to help their children. Toddlers’ behavioral strategies differed as a function of maternal involvement and as a function of the emotion-eliciting context. Only some of the behavioral strategies assumed to minimize expressions of distress truly did so; other behaviors showed maintenance effects on fear and anger expressions. The different pattern of results for the fear and frustration episodes highlights the importance of examining behavioral strategies across contexts designed to elicit different emotions.