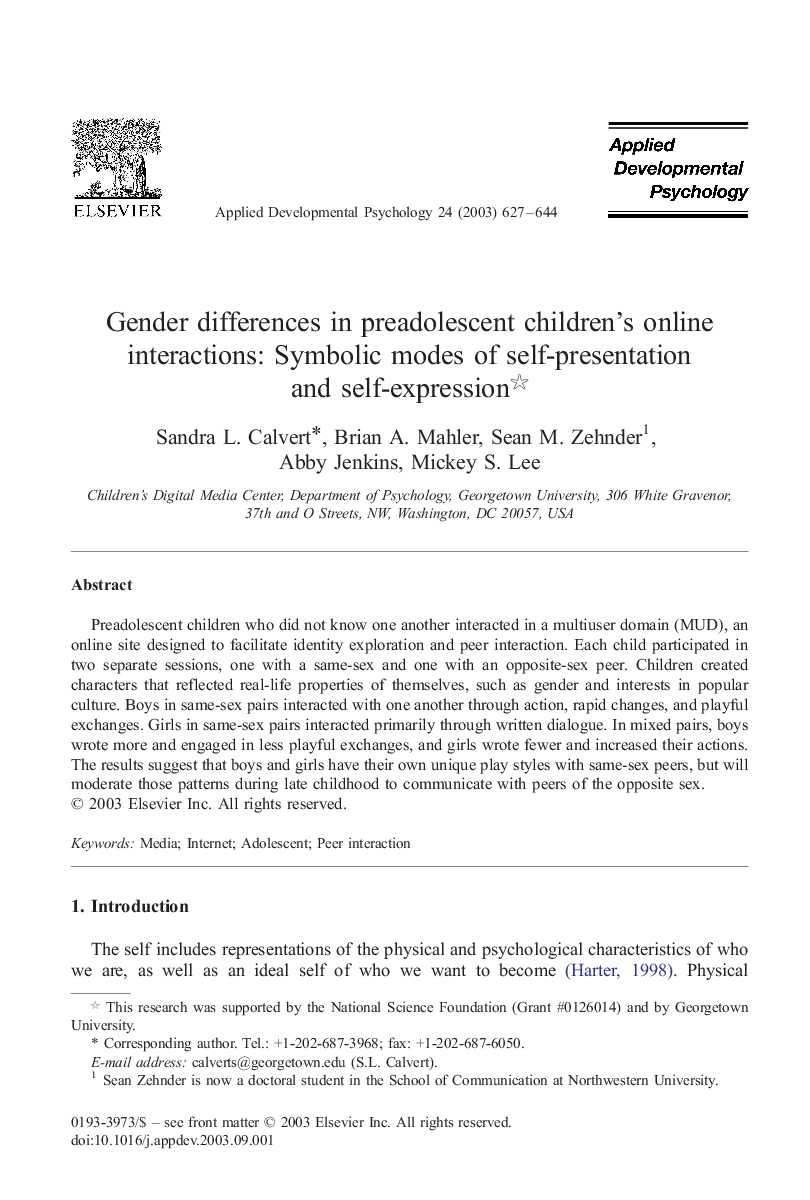 Abstract Preadolescent children who did not know one another interacted in a multiuser domain (MUD), an online site designed to facilitate identity exploration and peer interaction. Each child participated in two separate sessions, one with a same-sex and one with an opposite-sex peer. Children created characters that reflected real-life properties of themselves, such as gender and interests in popular culture. Boys in same-sex pairs interacted with one another through action, rapid changes, and playful exchanges. Girls in same-sex pairs interacted primarily through written dialogue. In mixed pairs, boys wrote more and engaged in less playful exchanges, and girls wrote fewer and increased their actions. The results suggest that boys and girls have their own unique play styles with same-sex peers, but will moderate those patterns during late childhood to communicate with peers of the opposite sex.