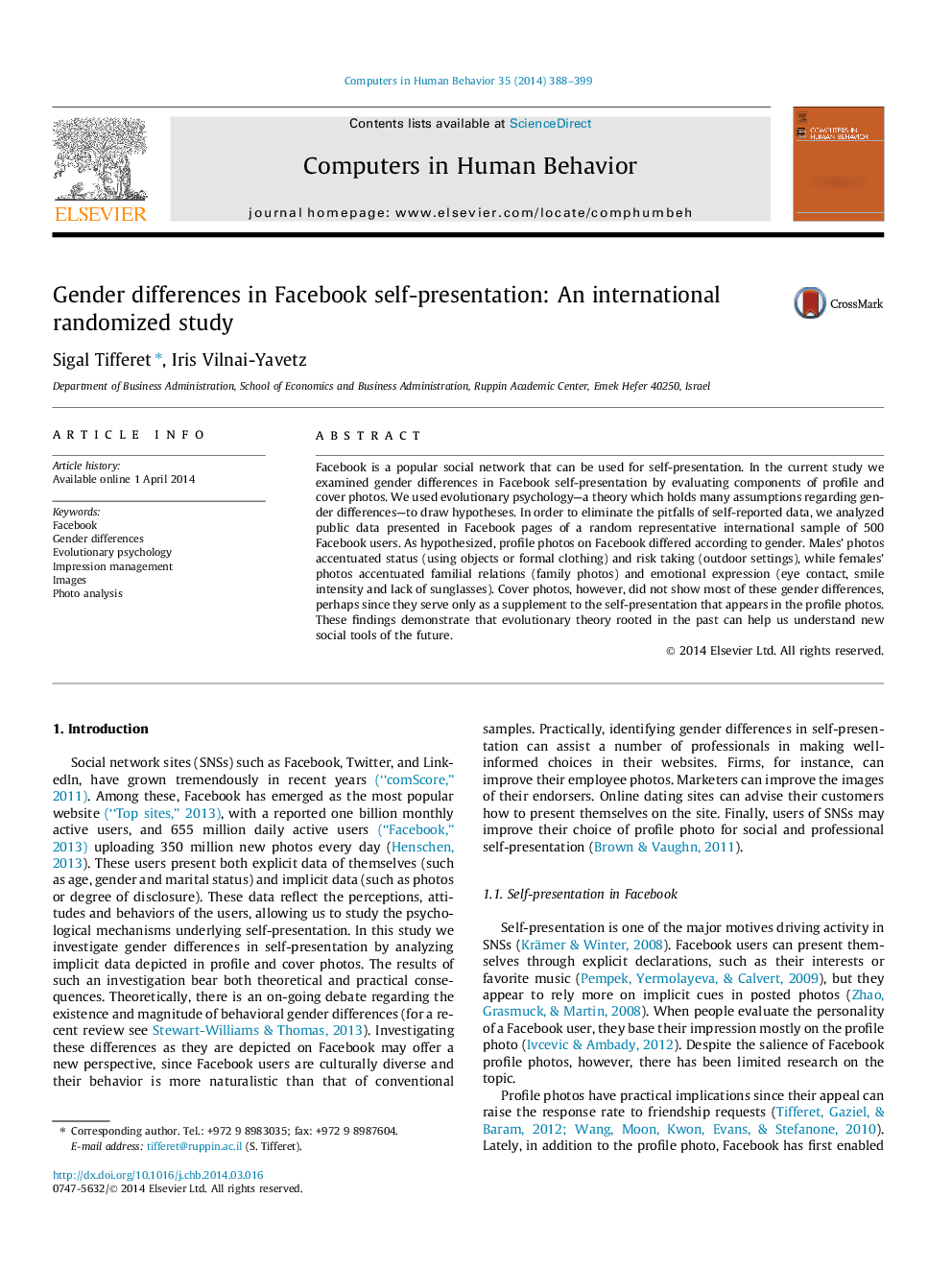 Abstract Facebook is a popular social network that can be used for self-presentation. In the current study we examined gender differences in Facebook self-presentation by evaluating components of profile and cover photos. We used evolutionary psychology—a theory which holds many assumptions regarding gender differences—to draw hypotheses. In order to eliminate the pitfalls of self-reported data, we analyzed public data presented in Facebook pages of a random representative international sample of 500 Facebook users. As hypothesized, profile photos on Facebook differed according to gender. Males’ photos accentuated status (using objects or formal clothing) and risk taking (outdoor settings), while females’ photos accentuated familial relations (family photos) and emotional expression (eye contact, smile intensity and lack of sunglasses). Cover photos, however, did not show most of these gender differences, perhaps since they serve only as a supplement to the self-presentation that appears in the profile photos. These findings demonstrate that evolutionary theory rooted in the past can help us understand new social tools of the future.