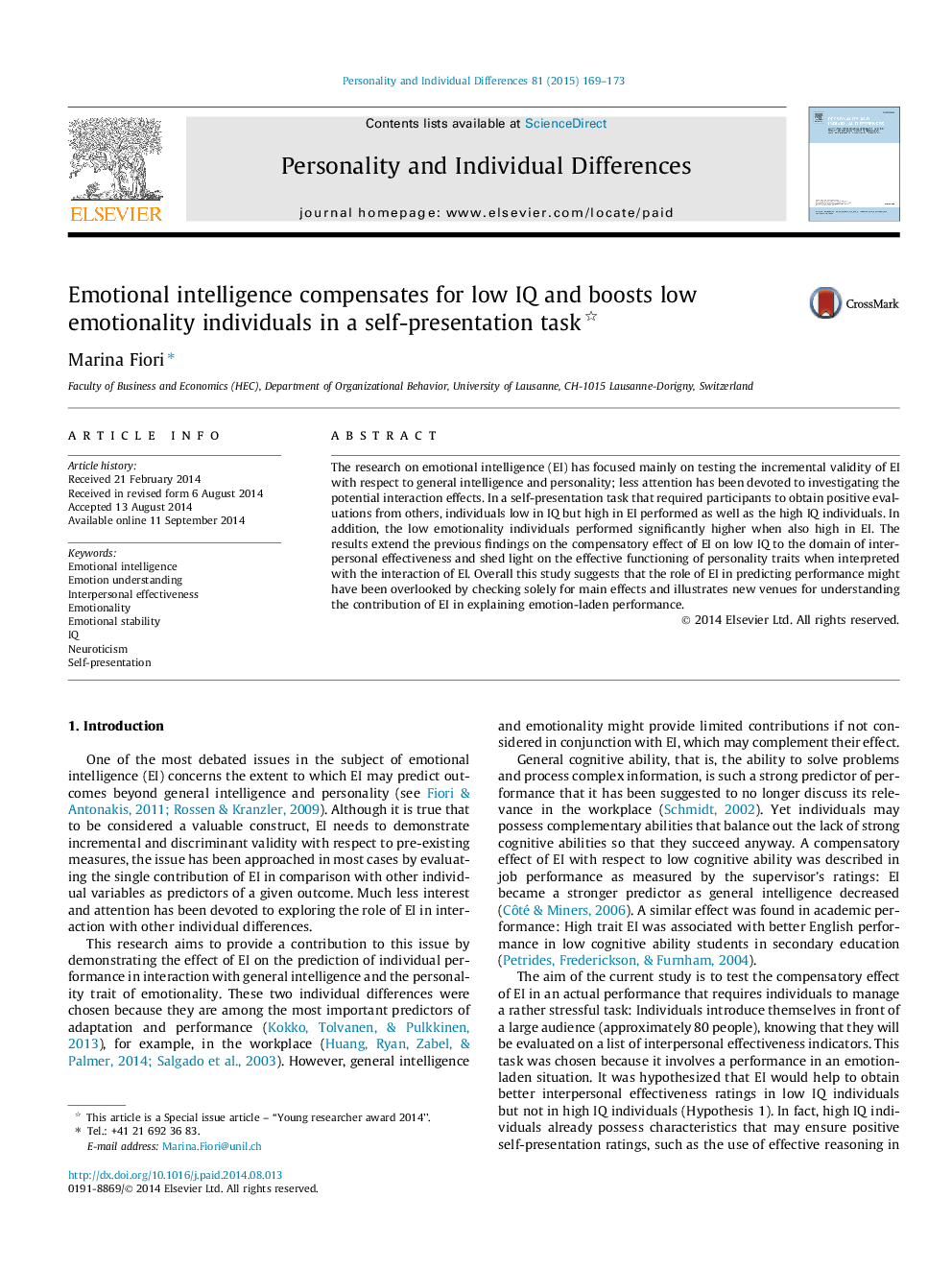 Abstract The research on emotional intelligence (EI) has focused mainly on testing the incremental validity of EI with respect to general intelligence and personality; less attention has been devoted to investigating the potential interaction effects. In a self-presentation task that required participants to obtain positive evaluations from others, individuals low in IQ but high in EI performed as well as the high IQ individuals. In addition, the low emotionality individuals performed significantly higher when also high in EI. The results extend the previous findings on the compensatory effect of EI on low IQ to the domain of interpersonal effectiveness and shed light on the effective functioning of personality traits when interpreted with the interaction of EI. Overall this study suggests that the role of EI in predicting performance might have been overlooked by checking solely for main effects and illustrates new venues for understanding the contribution of EI in explaining emotion-laden performance.