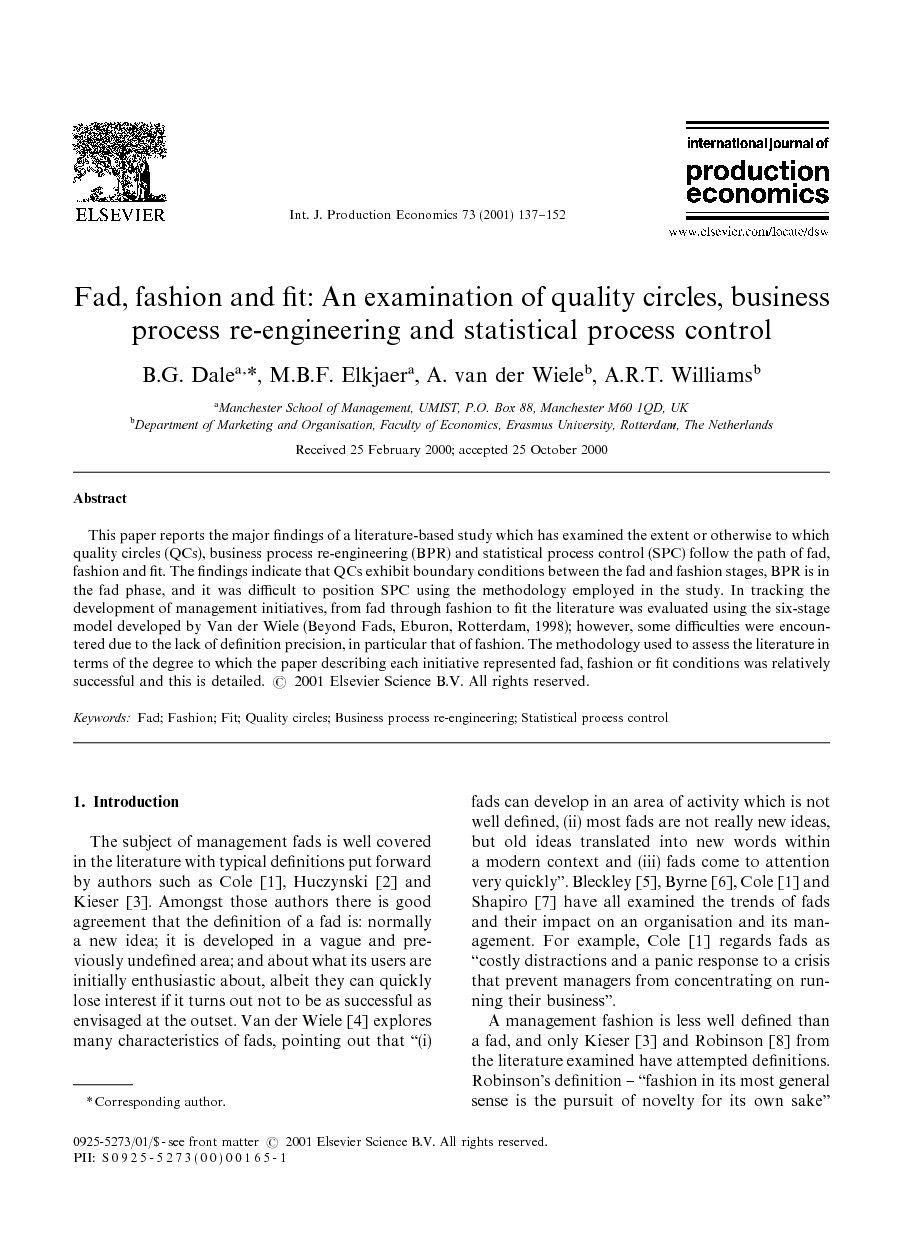 This paper reports the major findings of a literature-based study which has examined the extent or otherwise to which quality circles (QCs), business process re-engineering (BPR) and statistical process control (SPC) follow the path of fad, fashion and fit. The findings indicate that QCs exhibit boundary conditions between the fad and fashion stages, BPR is in the fad phase, and it was difficult to position SPC using the methodology employed in the study. In tracking the development of management initiatives, from fad through fashion to fit the literature was evaluated using the six-stage model developed by Van der Wiele (Beyond Fads, Eburon, Rotterdam, 1998); however, some difficulties were encountered due to the lack of definition precision, in particular that of fashion. The methodology used to assess the literature in terms of the degree to which the paper describing each initiative represented fad, fashion or fit conditions was relatively successful and this is detailed.