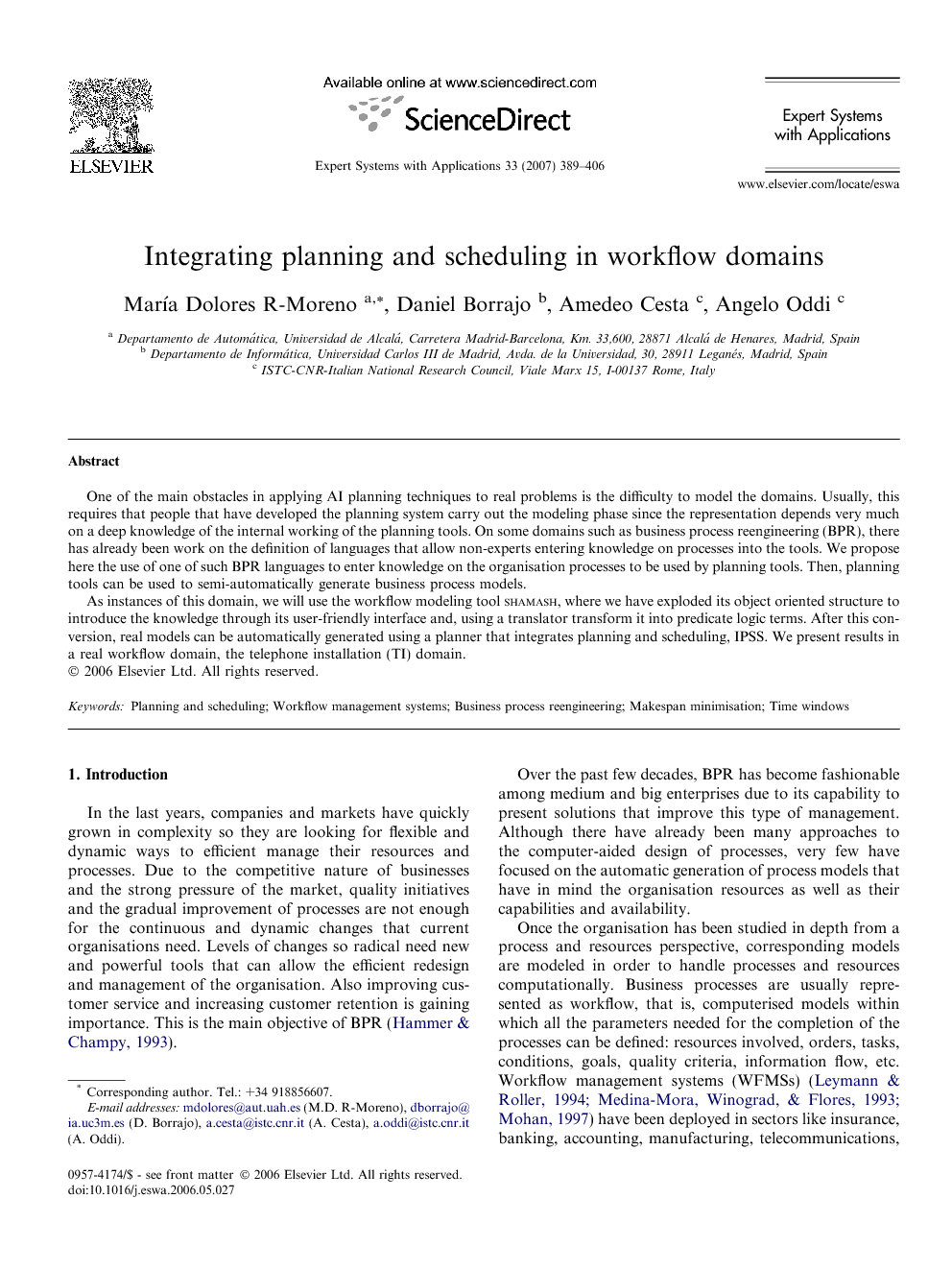 One of the main obstacles in applying AI planning techniques to real problems is the difficulty to model the domains. Usually, this requires that people that have developed the planning system carry out the modeling phase since the representation depends very much on a deep knowledge of the internal working of the planning tools. On some domains such as business process reengineering (BPR), there has already been work on the definition of languages that allow non-experts entering knowledge on processes into the tools. We propose here the use of one of such BPR languages to enter knowledge on the organisation processes to be used by planning tools. Then, planning tools can be used to semi-automatically generate business process models. As instances of this domain, we will use the workflow modeling tool shamash, where we have exploded its object oriented structure to introduce the knowledge through its user-friendly interface and, using a translator transform it into predicate logic terms. After this conversion, real models can be automatically generated using a planner that integrates planning and scheduling, IPSS. We present results in a real workflow domain, the telephone installation (TI) domain.

In this paper, the representation problem for workflow domains has been faced. We have used the shamash workflow modeling tool generated in an EU Esprit Project. To provide a frame of reference between Workflow Systems and AI planners, the stages that both areas have in common has been described following the classification given by some researchers (Kearney and Borrajo, 2000 and PLANET,). The translation between both fields has had in mind the different semantics of BPR and AI planning concepts as well as their similarities. We have described the advantages of using IPSS for modeling processes in shamash, a Knowledge Based System that uses an object oriented and rule-based approach. The shamash rules and objects are translated into types and operators to produce a plan that correspond to a process instance (tasks dependency). Each plan will vary depending on the resources available, elements that flow through the process and the different tasks that the organisations can introduce to adapt their processes to the market changes. With this approach the models generated are automatically validated avoiding inconsistencies in linking activities and saving time to the user. Finally, we also wanted to study the issues that AI planners can gain with this approach. Generally, to specify the domain theory, a deep understanding of the way AI planners work and its terminology is needed. However, if we use a tool like shamash, the description language is closer to the user and allows an automatic verification of the syntax through a friendly interface. In this integration we could have also used the PDDL2.2 language instead. Then, any planner that supports PDDL2.2 could exploit the advantages of using a descriptive language as the one used in shamash. Although some planners of the competition cannot reason, for instance, about temporal windows or deadlines, IPSS does. And this is usually a strong requirement that drove us to build a system with the properties that IPSS presents.