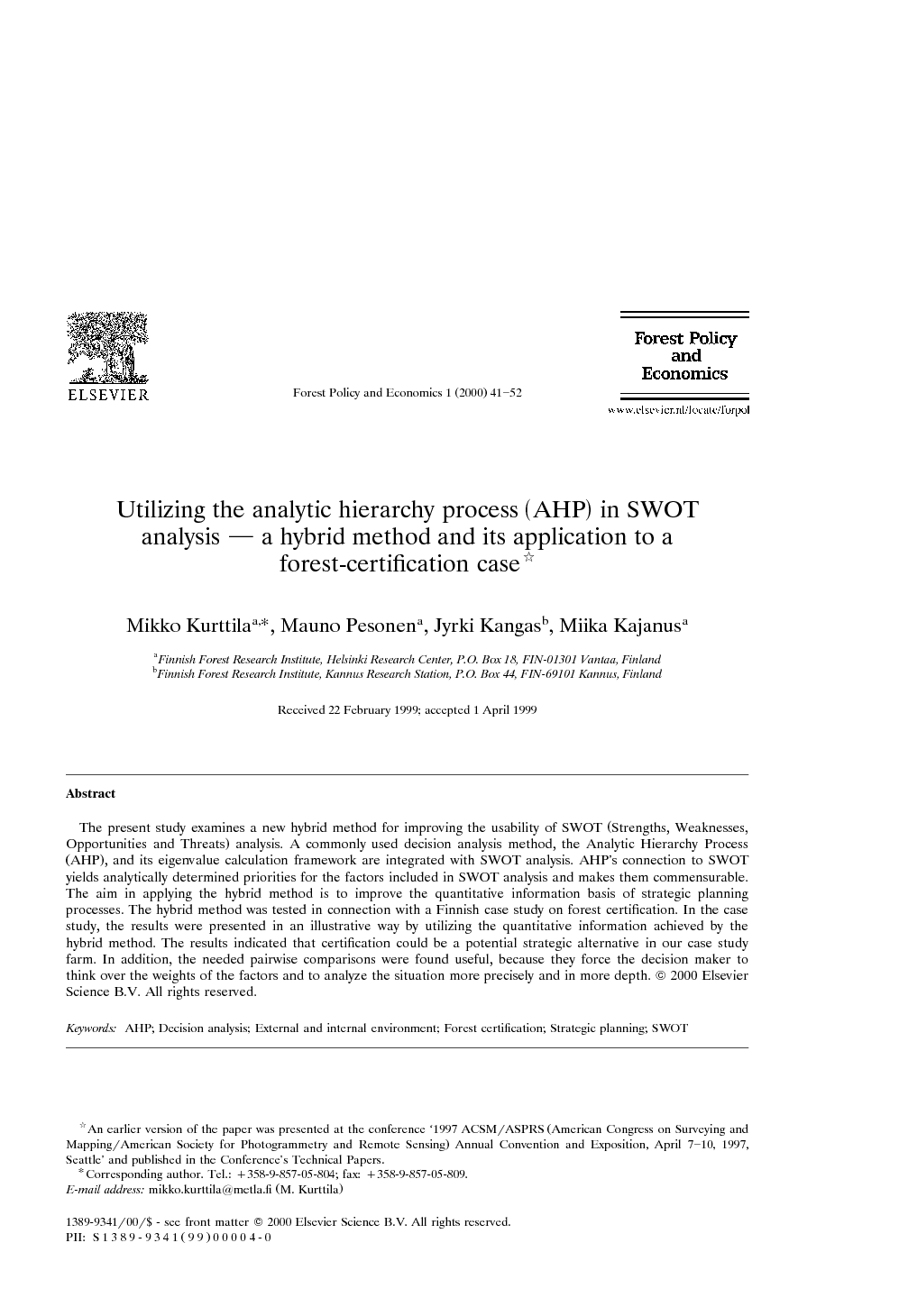 The present study examines a new hybrid method for improving the usability of SWOT (Strengths, Weaknesses, Opportunities and Threats) analysis. A commonly used decision analysis method, the Analytic Hierarchy Process (AHP), and its eigenvalue calculation framework are integrated with SWOT analysis. AHP’s connection to SWOT yields analytically determined priorities for the factors included in SWOT analysis and makes them commensurable. The aim in applying the hybrid method is to improve the quantitative information basis of strategic planning processes. The hybrid method was tested in connection with a Finnish case study on forest certification. In the case study, the results were presented in an illustrative way by utilizing the quantitative information achieved by the hybrid method. The results indicated that certification could be a potential strategic alternative in our case study farm. In addition, the needed pairwise comparisons were found useful, because they force the decision maker to think over the weights of the factors and to analyze the situation more precisely and in more depth.