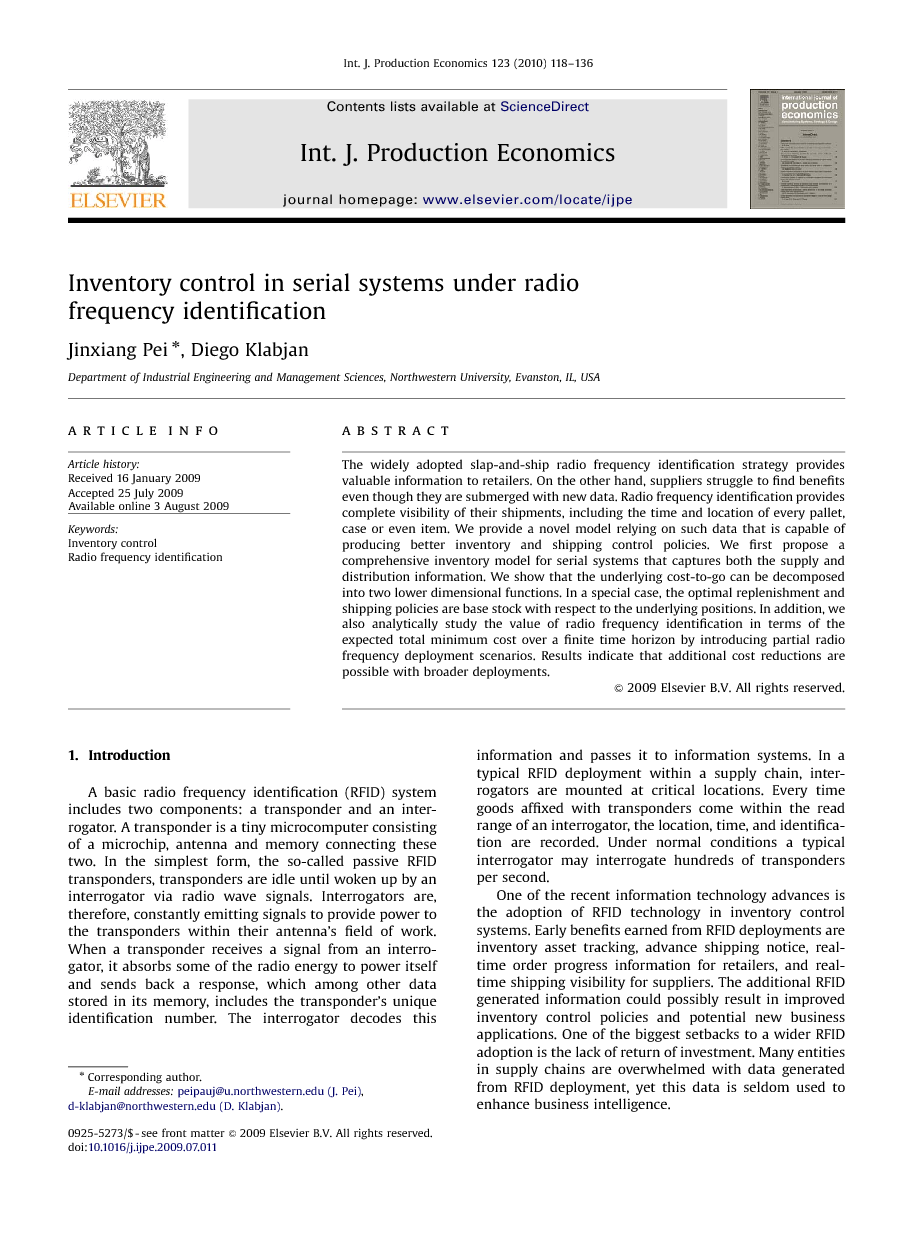 The widely adopted slap-and-ship radio frequency identification strategy provides valuable information to retailers. On the other hand, suppliers struggle to find benefits even though they are submerged with new data. Radio frequency identification provides complete visibility of their shipments, including the time and location of every pallet, case or even item. We provide a novel model relying on such data that is capable of producing better inventory and shipping control policies. We first propose a comprehensive inventory model for serial systems that captures both the supply and distribution information. We show that the underlying cost-to-go can be decomposed into two lower dimensional functions. In a special case, the optimal replenishment and shipping policies are base stock with respect to the underlying positions. In addition, we also analytically study the value of radio frequency identification in terms of the expected total minimum cost over a finite time horizon by introducing partial radio frequency deployment scenarios. Results indicate that additional cost reductions are possible with broader deployments.