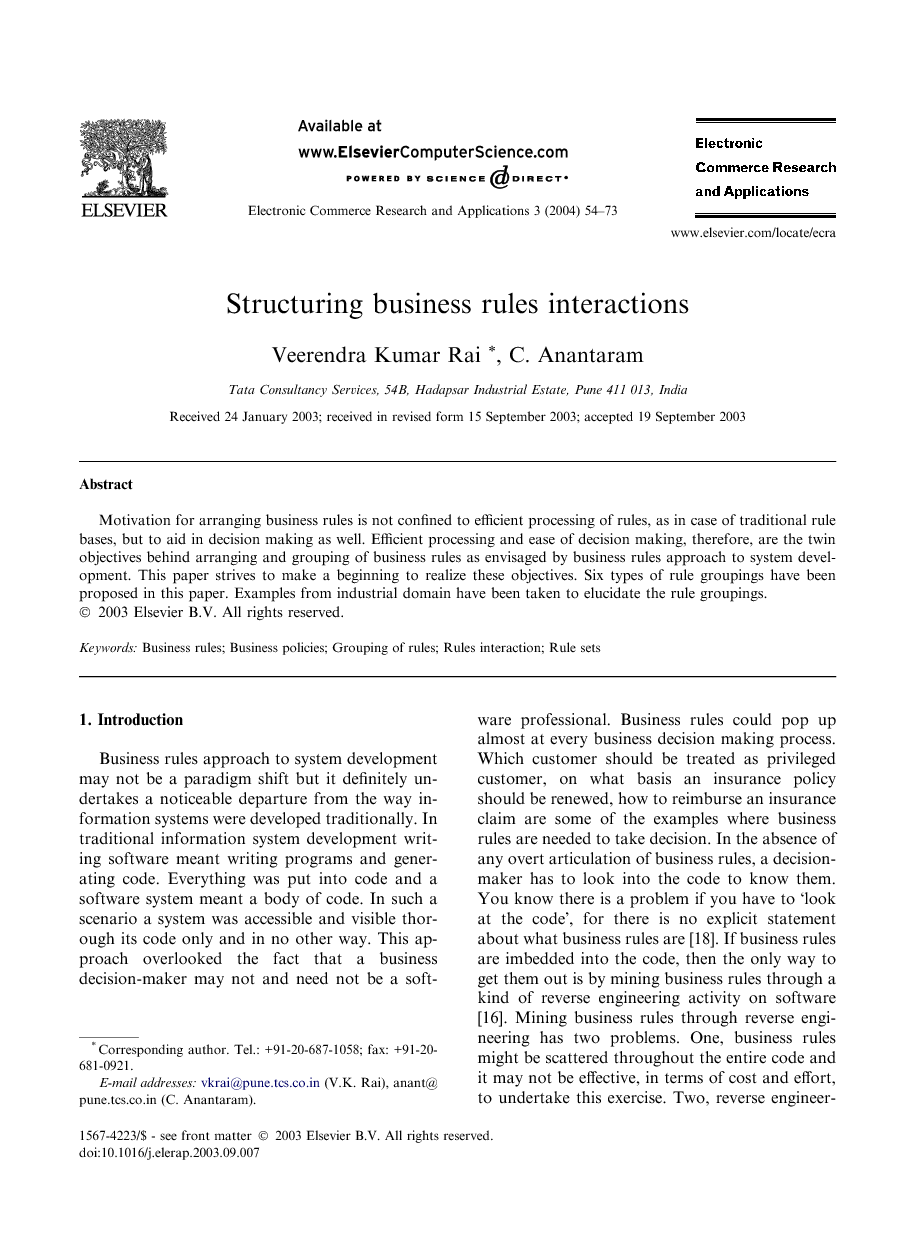 Motivation for arranging business rules is not confined to efficient processing of rules, as in case of traditional rule bases, but to aid in decision making as well. Efficient processing and ease of decision making, therefore, are the twin objectives behind arranging and grouping of business rules as envisaged by business rules approach to system development. This paper strives to make a beginning to realize these objectives. Six types of rule groupings have been proposed in this paper. Examples from industrial domain have been taken to elucidate the rule groupings.