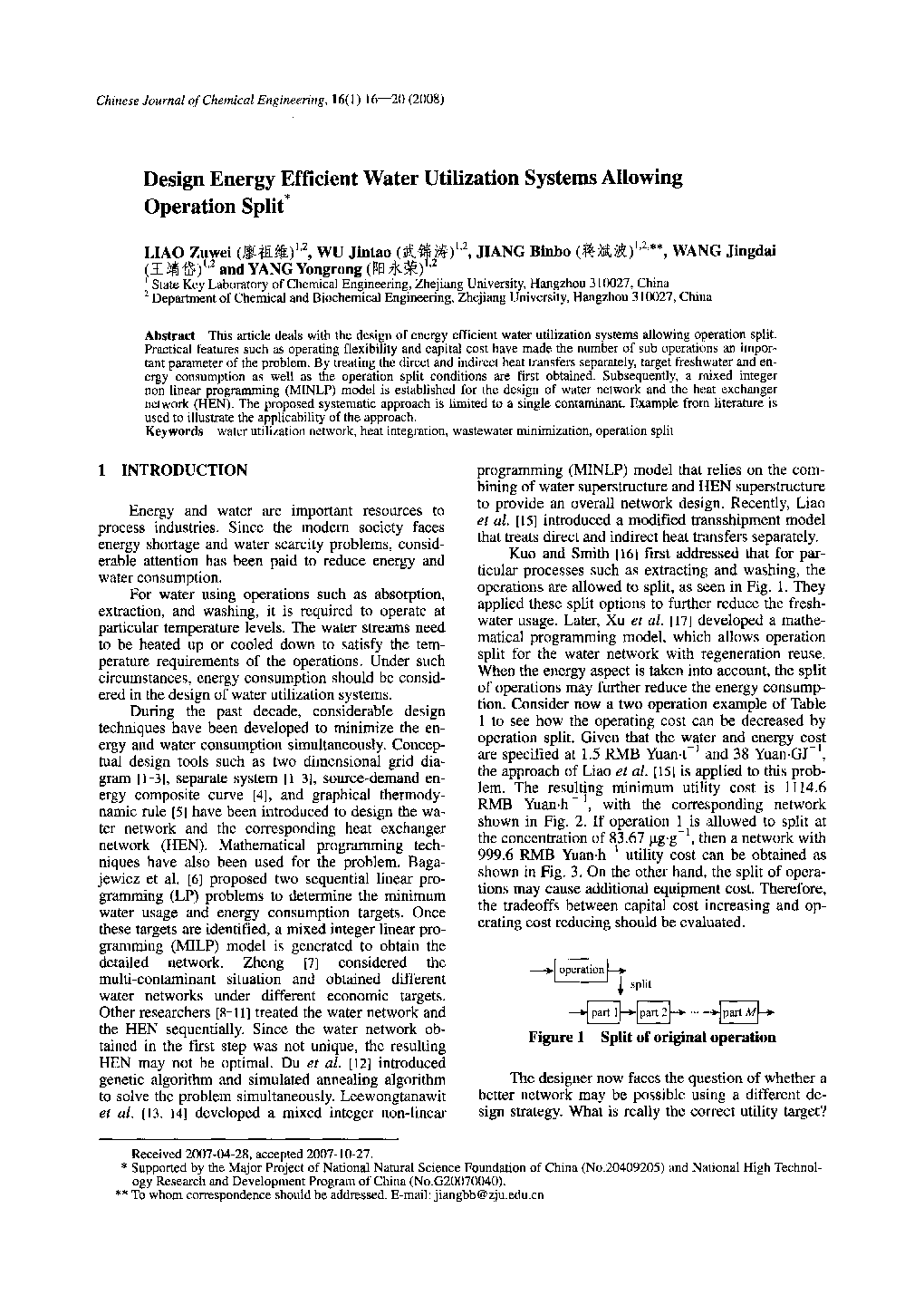 This article deals with the design of energy efficient water utilization systems allowing operation split. Practical features such as operating flexibility and capital cost have made the number of sub operations an important parameter of the problem. By treating the direct and indirect heat transfers separately, target freshwater and energy consumption as well as the operation split conditions are first obtained. Subsequently, a mixed integer non-linear programming (MINLP) model is established for the design of water network and the heat exchanger network (HEN). The proposed systematic approach is limited to a single contaminant. Example from literature is used to illustrate the applicability of the approach.

In the design of energy efficient water utilization systems, the split of water using operations should be considered to reduce the total utility cost. The synthesis of networks allowing split is now carried out in two stages. The utility and split targets are first obtained. Then, the detailed network design is carried out based on the MINLP model. Although this strategy may lead to local optimum solution, the design procedure of the example shows fairly low complexity, which is favorable in the industry.