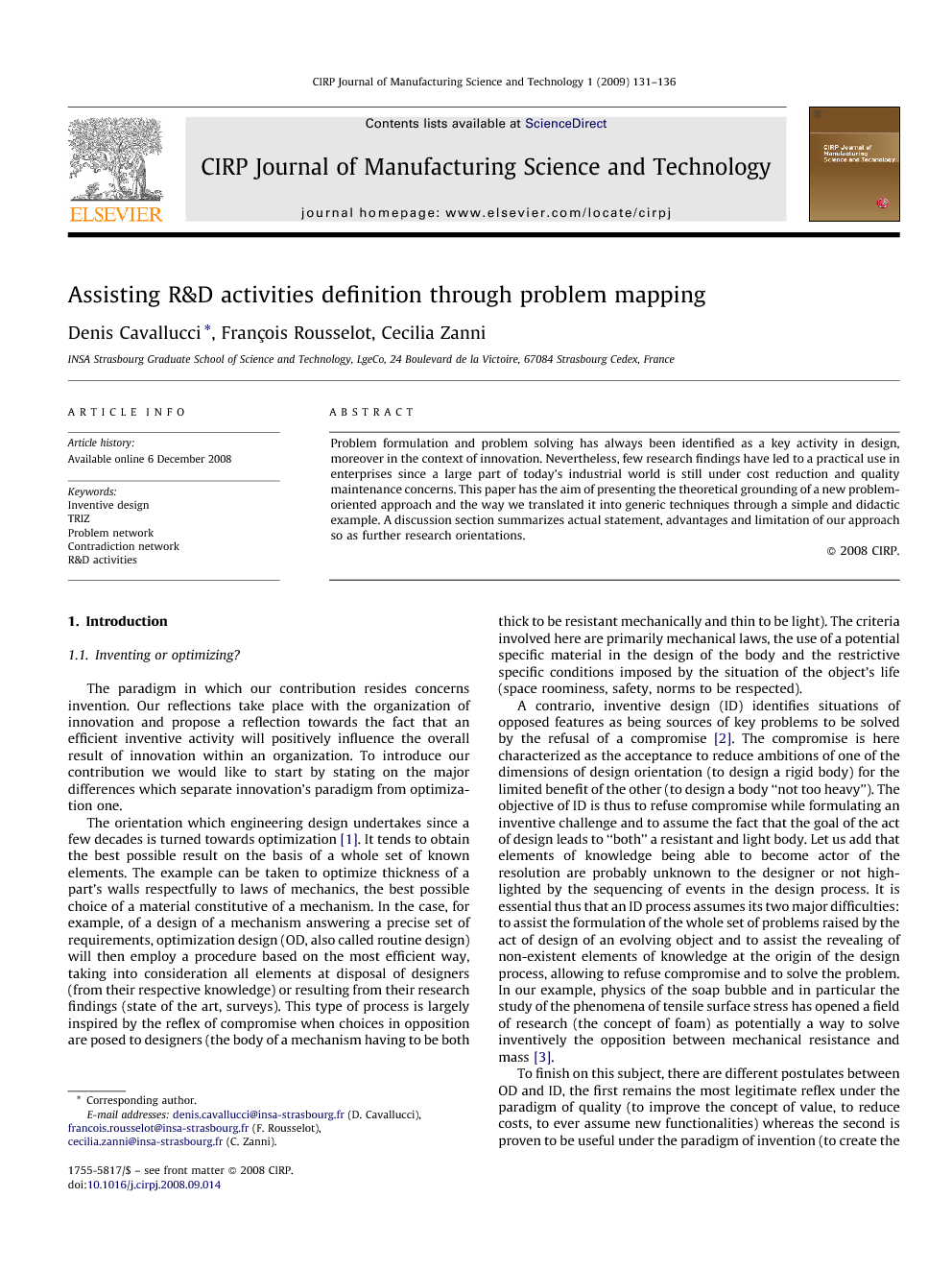 Problem formulation and problem solving has always been identified as a key activity in design, moreover in the context of innovation. Nevertheless, few research findings have led to a practical use in enterprises since a large part of today's industrial world is still under cost reduction and quality maintenance concerns. This paper has the aim of presenting the theoretical grounding of a new problem-oriented approach and the way we translated it into generic techniques through a simple and didactic example. A discussion section summarizes actual statement, advantages and limitation of our approach so as further research orientations.

It is acknowledged around the world that one of the most difficult issues facing today's organizations concerns the substantial leaps required to effectively manage innovation. Among other published work, some suggest that a complete rethinking of innovation is required [25]. The proposed methodology is aiming at providing controlled inventive results. It also assists the R&D manager when choosing which activities to financially support and brought him concrete arguments to defend his choices. This helps him to switch from intuitive decisions regarding innovation (mostly built upon awareness of customer expectation and studying competitor's activities and evolution) to a targeted problem solving strategy. Regarding the second limitation stated in discussion paragraph we have engaged research activities in automated text mining for directly extracting contradictions from problem statements, particularly in patents. The mass of knowledge available in patents remains largely unexploited due to its large quantity. Automated contradiction extraction would permit significant numbers of patents to be analyzed and links made between solutions and problems in a broader spectrum of industries. This might open new doors for inventiveness formalization where many of the best results come from cross-fertilization of knowledge or concepts from distant industries.