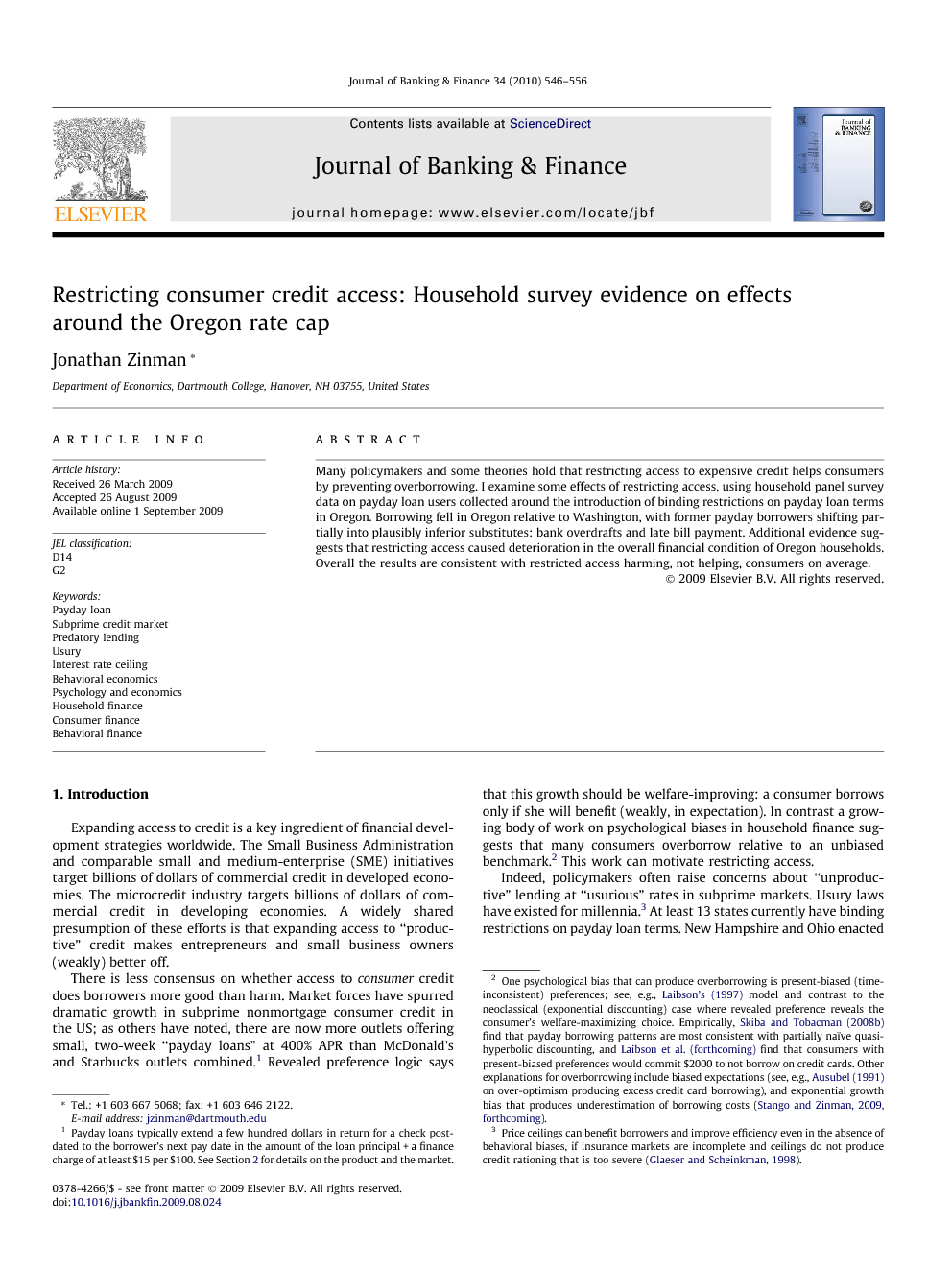 I examine some effects of restricting access to expensive consumer credit on payday loan users, using household survey data collected around the imposition of binding restrictions on loan terms in Oregon but not in Washington. The results suggest that the policy change decreased expensive short-term borrowing in Oregon relative to Washington, with many Oregon payday borrowers shifting into plausibly inferior substitutes. Oregon respondents were also significantly more likely to experience an adverse change in financial condition (where an adverse outcome is defined as being unemployed, or having a negative subjective assessment about one’s overall recent or future financial situation). The results suggest that restricting access to consumer credit hinders productive investment and/or consumption smoothing, at least over the short-term. Much work remains to address the questions of whether access to expensive credit improves (consumer) welfare, and why. The likelihood of additional policy changes at the state (and possibly federal) level seems high, suggesting that difference-in indifferences (DD) approaches like the one used in this paper will continue to be useful. Future studies would benefit from larger sample sizes and a richer set of proxies for consumer welfare and financial condition. Viable examples of proxies to collect from household surveys include postponed medical care and forced moves as used by Melzer (2009), shutoffs of heat or other utilities, dunning as used by Morgan and Strain (2008), and hunger and subjective well-being as used by Karlan and Zinman (forthcoming). Future studies would also do well to track outcomes of interest over longer horizons, since the costs and benefits of investment and consumption smoothing activities may have gestation periods, or compound over time. Finally, it is critical to begin reconciling findings across different studies. Are the differences due to methodology, market context, and/or borrower heterogeneity? Field experiments randomized at the individual level would help, by providing clean variation in credit access and more statistical power than statelevel natural experiments. Additional data collection on a richer set of outside options (for borrowing and economic activity) and decision inputs (for intertemporal choice models) would help address whether heterogeneity across consumers and markets drives the results.