عنوان انگلیسی
Who gets credit after bankruptcy and why? An information channel
دانلود فوری مقاله + سفارش ترجمه 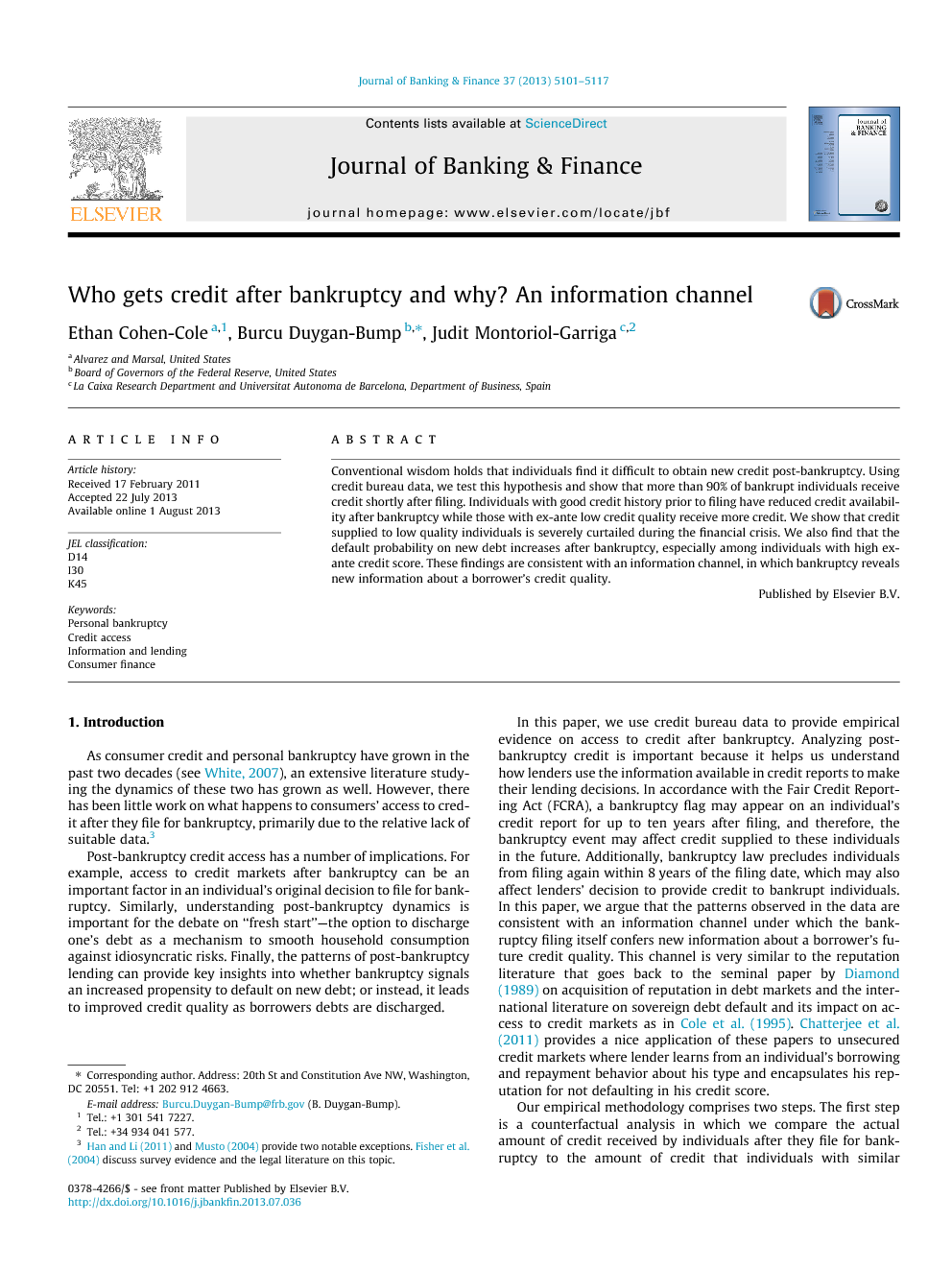 Conventional wisdom holds that individuals find it difficult to obtain new credit post-bankruptcy. Using credit bureau data, we test this hypothesis and show that more than 90% of bankrupt individuals receive credit shortly after filing. Individuals with good credit history prior to filing have reduced credit availability after bankruptcy while those with ex-ante low credit quality receive more credit. We show that credit supplied to low quality individuals is severely curtailed during the financial crisis. We also find that the default probability on new debt increases after bankruptcy, especially among individuals with high ex-ante credit score. These findings are consistent with an information channel, in which bankruptcy reveals new information about a borrower’s credit quality.

This paper presents an empirical evaluation of credit access for individuals immediately after bankruptcy, a topic that has generated much discussion and speculation in economics and other disciplines. We first show that while individuals do see significant drops in their credit lines immediately after they file for bankruptcy, they are able to regain access to credit soon thereafter. Second, we show that those individualswho are effectively the least punished and can get the easiest access to credit afterwards tend to be the ones who have shown the least ability and propensity to repay their debt prior to declaring bankruptcy. In fact, a significant fraction of individuals at the bottom of the credit quality spectrum seem to receive more credit after filing than before. However, wealso show that this result depends heavily on the aggregate credit environment. In particular, we show that aggregate reductions in credit are disproportionately borne by low credit quality individuals. We interpret these results as reflecting the lender response to the information content of a bankruptcy filing. Defaults by ex-ante high quality borrowers contain information that reflects a greater probability that the borrowers credit quality has changed. Defaults by ex-ante low quality borrowers provide little new information. However, the differential value of the default signal declines in a downturn as aggregate shocks increase. We provide some evidence to support this interpretation.