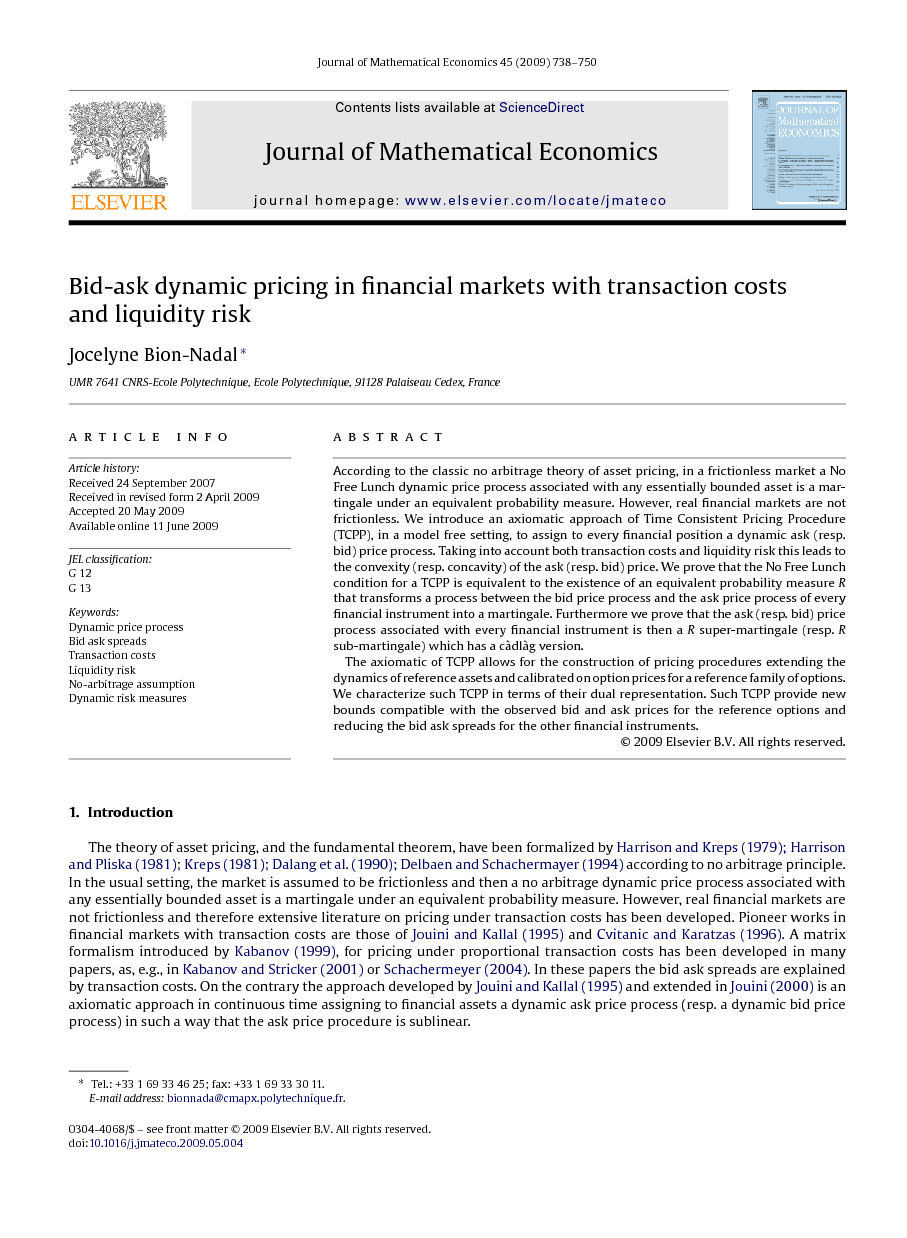 According to the classic no arbitrage theory of asset pricing, in a frictionless market a No Free Lunch dynamic price process associated with any essentially bounded asset is a martingale under an equivalent probability measure. However, real financial markets are not frictionless. We introduce an axiomatic approach of Time Consistent Pricing Procedure (TCPP), in a model free setting, to assign to every financial position a dynamic ask (resp. bid) price process. Taking into account both transaction costs and liquidity risk this leads to the convexity (resp. concavity) of the ask (resp. bid) price. We prove that the No Free Lunch condition for a TCPP is equivalent to the existence of an equivalent probability measure R that transforms a process between the bid price process and the ask price process of every financial instrument into a martingale. Furthermore we prove that the ask (resp. bid) price process associated with every financial instrument is then a R super-martingale (resp. R sub-martingale) which has a càdlàg version. The axiomatic of TCPP allows for the construction of pricing procedures extending the dynamics of reference assets and calibrated on option prices for a reference family of options. We characterize such TCPP in terms of their dual representation. Such TCPP provide new bounds compatible with the observed bid and ask prices for the reference options and reducing the bid ask spreads for the other financial instruments.