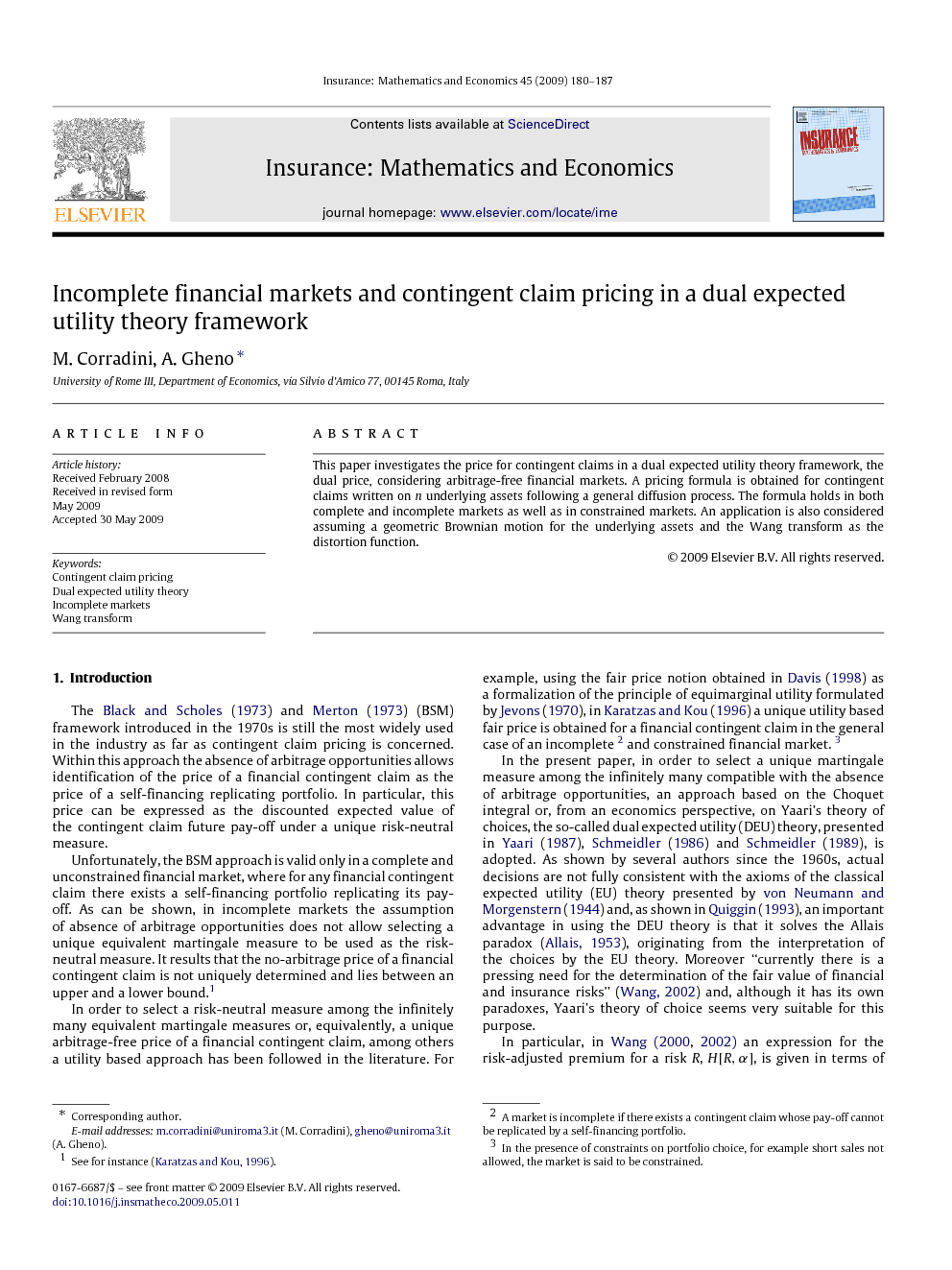 This paper investigates the price for contingent claims in a dual expected utility theory framework, the dual price, considering arbitrage-free financial markets. A pricing formula is obtained for contingent claims written on nn underlying assets following a general diffusion process. The formula holds in both complete and incomplete markets as well as in constrained markets. An application is also considered assuming a geometric Brownian motion for the underlying assets and the Wang transform as the distortion function.