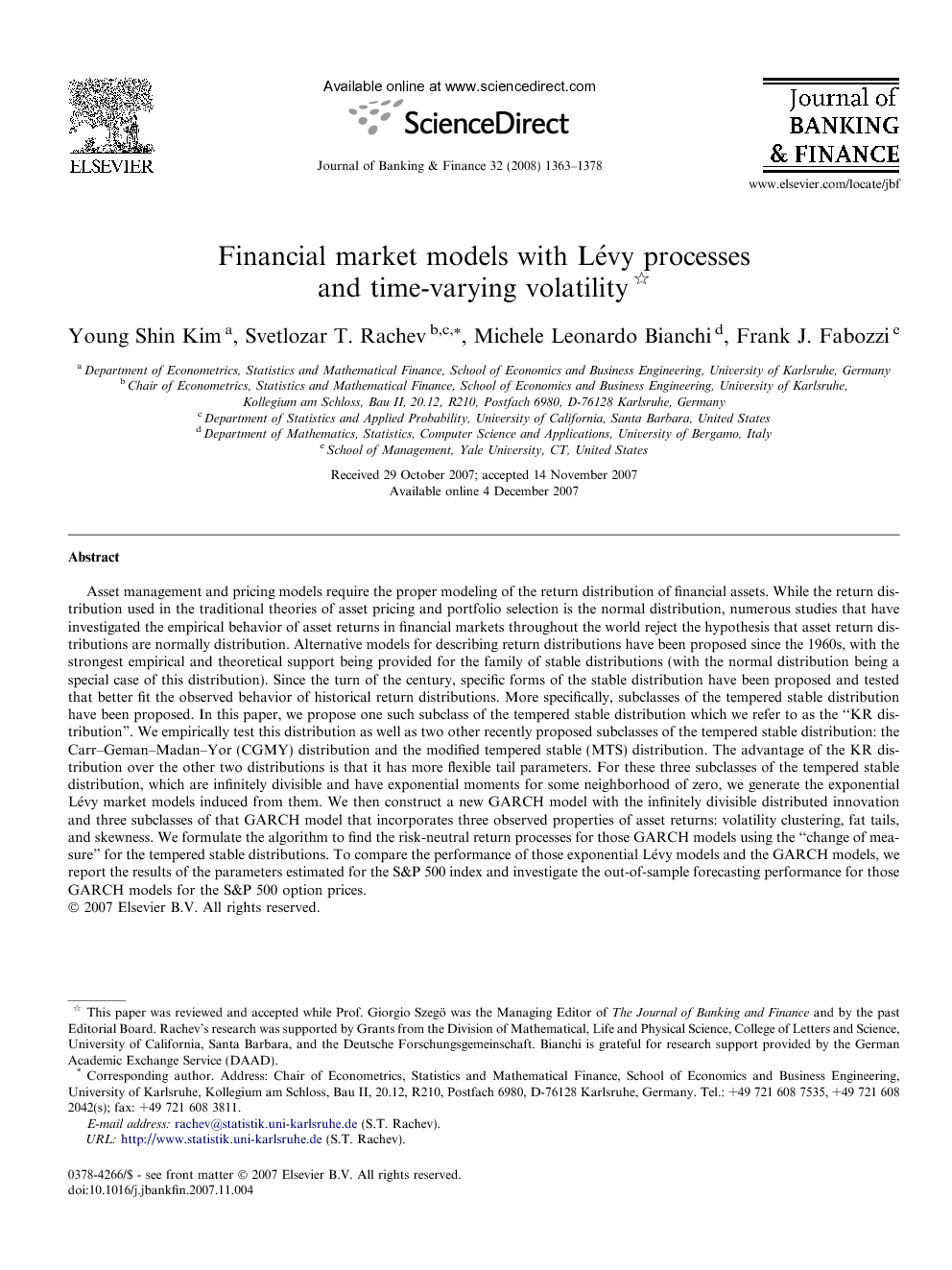 In this paper, we investigate two types of market models: the continuous market model and the discrete market model. The former model presented in this paper is the extended tempered stable market model that we have named the KR model. This model is an extension of the CGMY model that allows for more flexible parameters than both the CGMY model and the MTS model. This greater flexibility allows for a more efficient means for calibrating the risk-neutral measure. With respect to the discrete market model, we present a new non-normal GARCH model with infinitely divisible distributed innovation. More specifically, we consider three subclasses of the GARCH model: the CTS-GARCH model, MTS-GARCH model, and the KR-GARCH model. Not only do these models describe volatility clustering, but other tail characteristics that have been observed for asset returns. Hence, these models are more realistic GARCH models that can be employed in option pricing. The three tempered stable GARCH models investigated in this paper are not rejected in statistical hypothesis testing, while the normal-GARCH model is rejected. The reason for the good statistical results for tempered stable GARCH models relative to the normal-GARCH model is that skewness and fat-tail property of their innovation are taken into account. Moreover, the tempered stable GARCH models have better forecasting performance than the normal-GARCH model and the CGMY model with Esser transform, in addition to generating a more realistic implied volatility curve. Consequently, the clustering volatility with the tempered stable innovation explains the behavior of stock and option markets better than the Markovian model of the exponential CGMY distribution and the clustering volatility with the standard normal residual distribution.