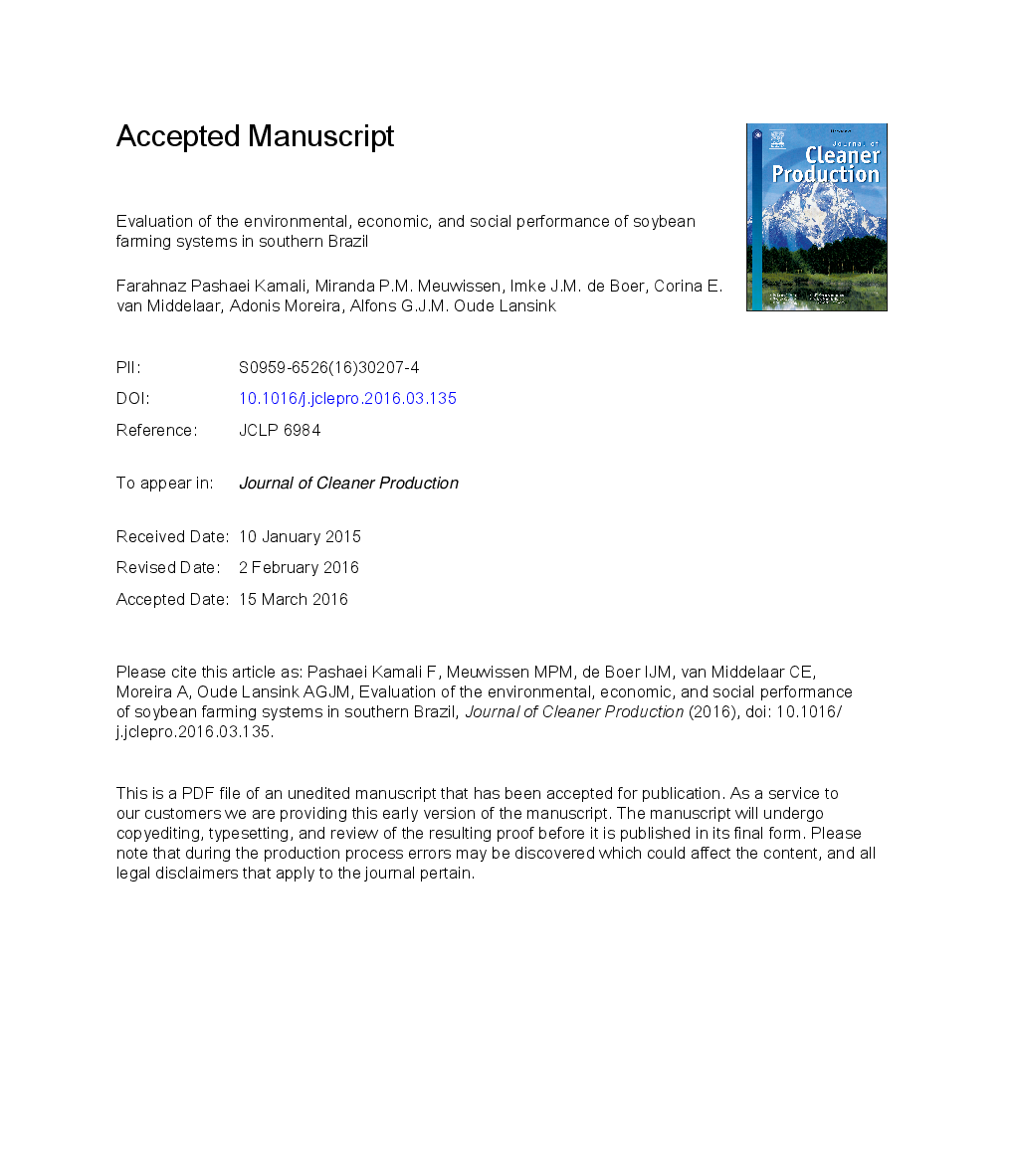 Soybean production has a crucial role in the development of Brazilian agriculture and recently became the most important commodity in Brazilian agribusiness. Various soybean farming systems exist, which are claimed to differ in terms of sustainability performance. In this regard, evaluation of environmental, economic, and social performance of different soybean farming systems in Brazil, by consideration of variability in input parameters, is critically needed. In this context, we evaluated a number of environmental, economic, and social issues for the two main soybean farming systems in southern Brazil, the conventional system, which produces genetically modified (GM) or non-genetically modified (non-GM) soybeans, and the organic system. Data were collected for 2012 from three sources: soybean farms in ParanÃ¡, Brazil (15Â GM, 15 non-GM, and 15 organic farms), the Brazilian Enterprise for Agricultural Research (EMBRAPA), and expert elicitation. Monte Carlo simulation was used to account for the variation in input parameters. Five sustainability issues were evaluated in this study: global warming, land occupation, primary energy use, profitability, and employment. Results revealed that, compared with the GM and non-GM systems, organic systems had a higher probability (77%) to have a lower global warming potential. Land occupation was higher and energy use was lower for organic systems than for the GM and non-GM systems at every level of probability. Concerning profitability, organic systems had a higher probability (60%) to have higher profitability compared with GM and non-GM production, and employment was higher for organic systems at every level of probability. Overall, simulation results of this study illustrated the relatively high level of variation in the environmental, economic, and social performance of organic soybean farming systems. This study shows that accounting for variability in key system parameters provides not only insight in the most likely outcomes, but also in the robustness of system performance.