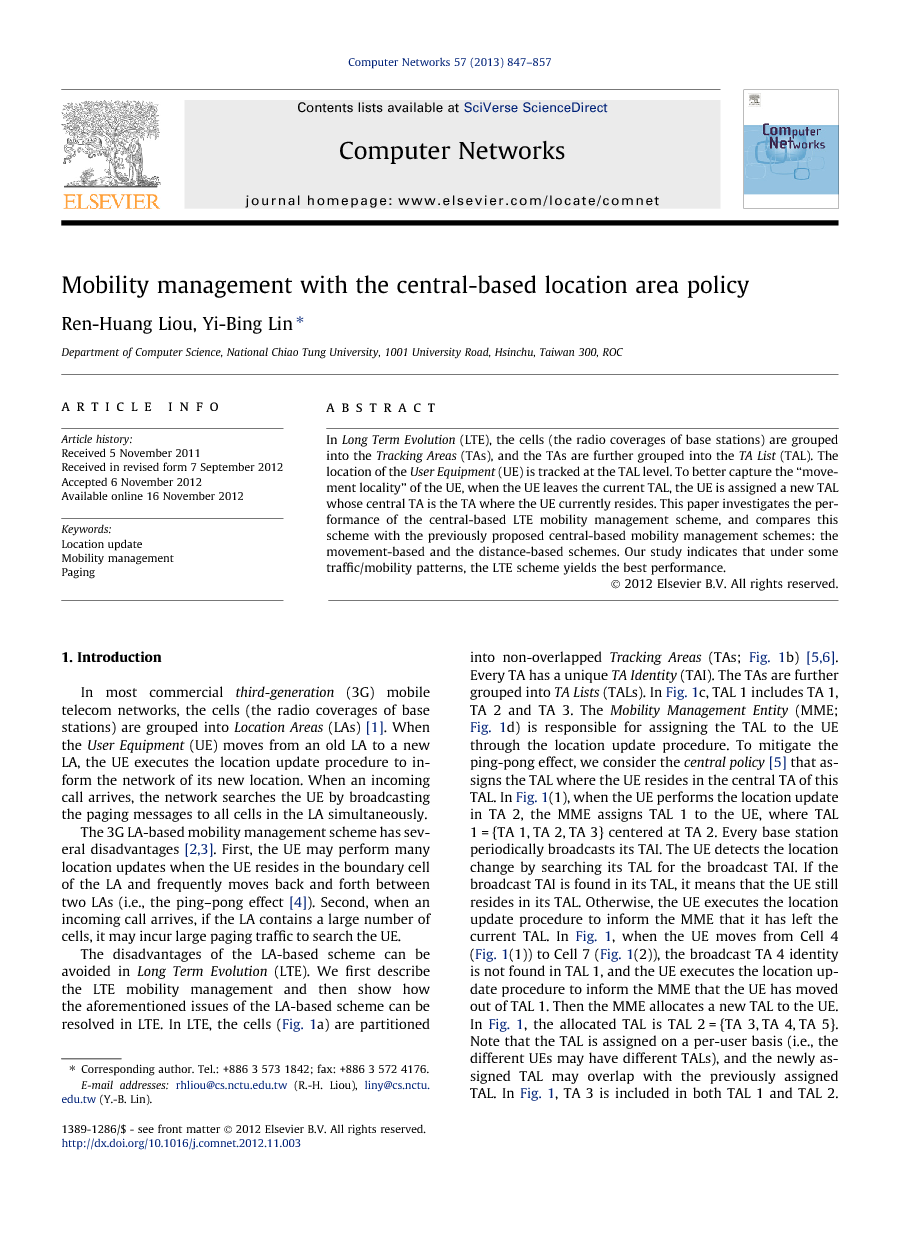 In Long Term Evolution (LTE), the cells (the radio coverages of base stations) are grouped into the Tracking Areas (TAs), and the TAs are further grouped into the TA List (TAL). The location of the User Equipment (UE) is tracked at the TAL level. To better capture the “movement locality” of the UE, when the UE leaves the current TAL, the UE is assigned a new TAL whose central TA is the TA where the UE currently resides. This paper investigates the performance of the central-based LTE mobility management scheme, and compares this scheme with the previously proposed central-based mobility management schemes: the movement-based and the distance-based schemes. Our study indicates that under some traffic/mobility patterns, the LTE scheme yields the best performance.