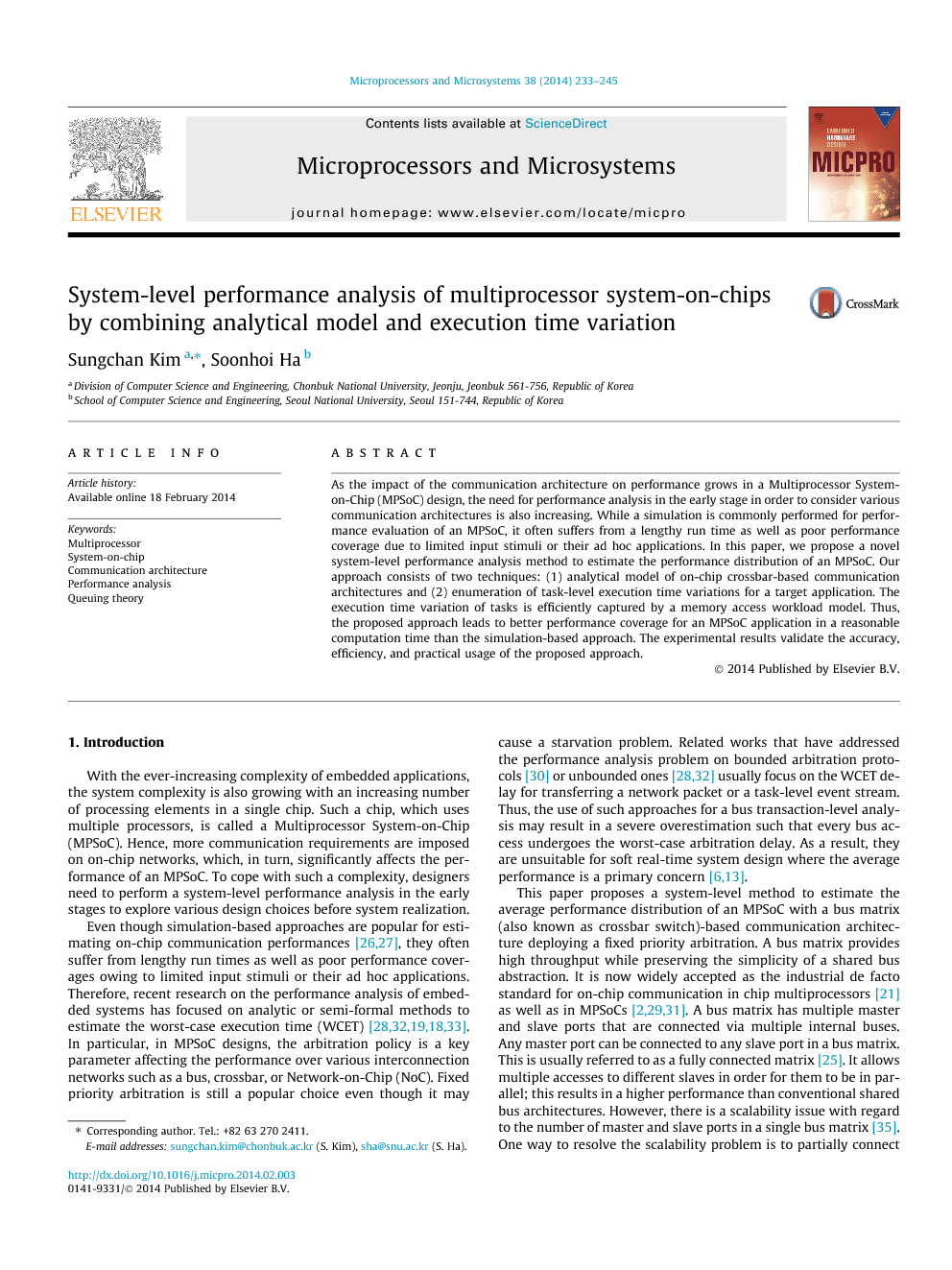 As the impact of the communication architecture on performance grows in a Multiprocessor System-on-Chip (MPSoC) design, the need for performance analysis in the early stage in order to consider various communication architectures is also increasing. While a simulation is commonly performed for performance evaluation of an MPSoC, it often suffers from a lengthy run time as well as poor performance coverage due to limited input stimuli or their ad hoc applications. In this paper, we propose a novel system-level performance analysis method to estimate the performance distribution of an MPSoC. Our approach consists of two techniques: (1) analytical model of on-chip crossbar-based communication architectures and (2) enumeration of task-level execution time variations for a target application. The execution time variation of tasks is efficiently captured by a memory access workload model. Thus, the proposed approach leads to better performance coverage for an MPSoC application in a reasonable computation time than the simulation-based approach. The experimental results validate the accuracy, efficiency, and practical usage of the proposed approach.

In this paper, we presented a novel system-level performance analysis technique for the performance distribution of an MPSoC. The analytical on-chip communication architecture model was proposed, which was then integrated into the execution path enumeration framework. To model the variation in memory access traffics, the selected combinations of request intervals and access counts are considered. The experimental results with the 6-ch DVR example and the synthetic applications showed that our analytical model is very accurate under the various bus matrix architectures and on-chip communication traffic. The proposed execution path enumeration resulted in better performance coverage compared to a time-consuming random simulation approach in less computation time by significant orders of magnitude. As future work, we plan to extend the analytical model to other arbitration policies and more complicated interconnection networks such as cascaded bus matrices or NoCs. The optimization to reduce the search space of the path enumeration while not sacrificing the diversity remains for future work.