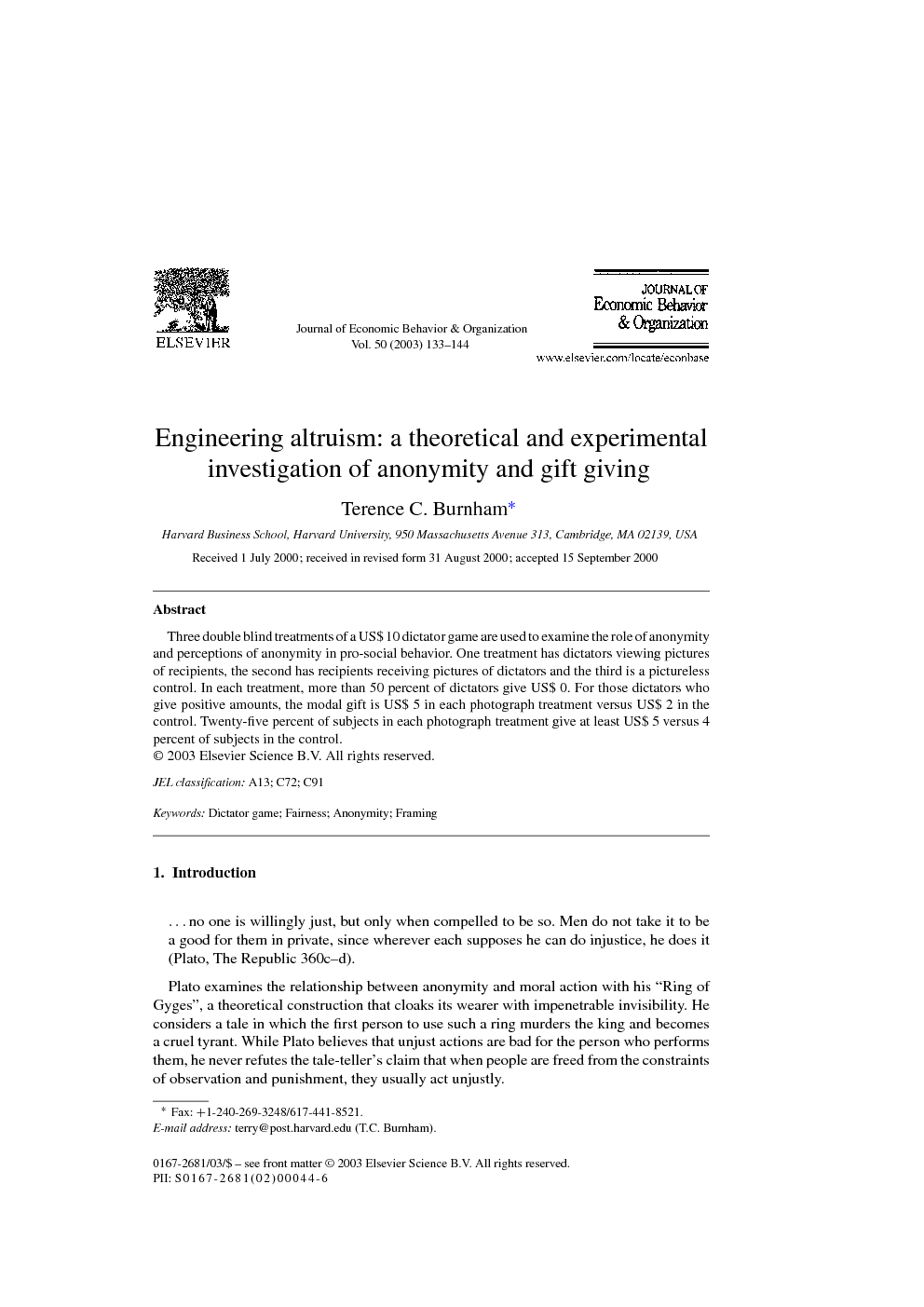 Three double blind treatments of a US$ 10 dictator game are used to examine the role of anonymity and perceptions of anonymity in pro-social behavior. One treatment has dictators viewing pictures of recipients, the second has recipients receiving pictures of dictators and the third is a pictureless control. In each treatment, more than 50 percent of dictators give US$ 0. For those dictators who give positive amounts, the modal gift is US$ 5 in each photograph treatment versus US$ 2 in the control. Twenty-five percent of subjects in each photograph treatment give at least US$ 5 versus 4 percent of subjects in the control.