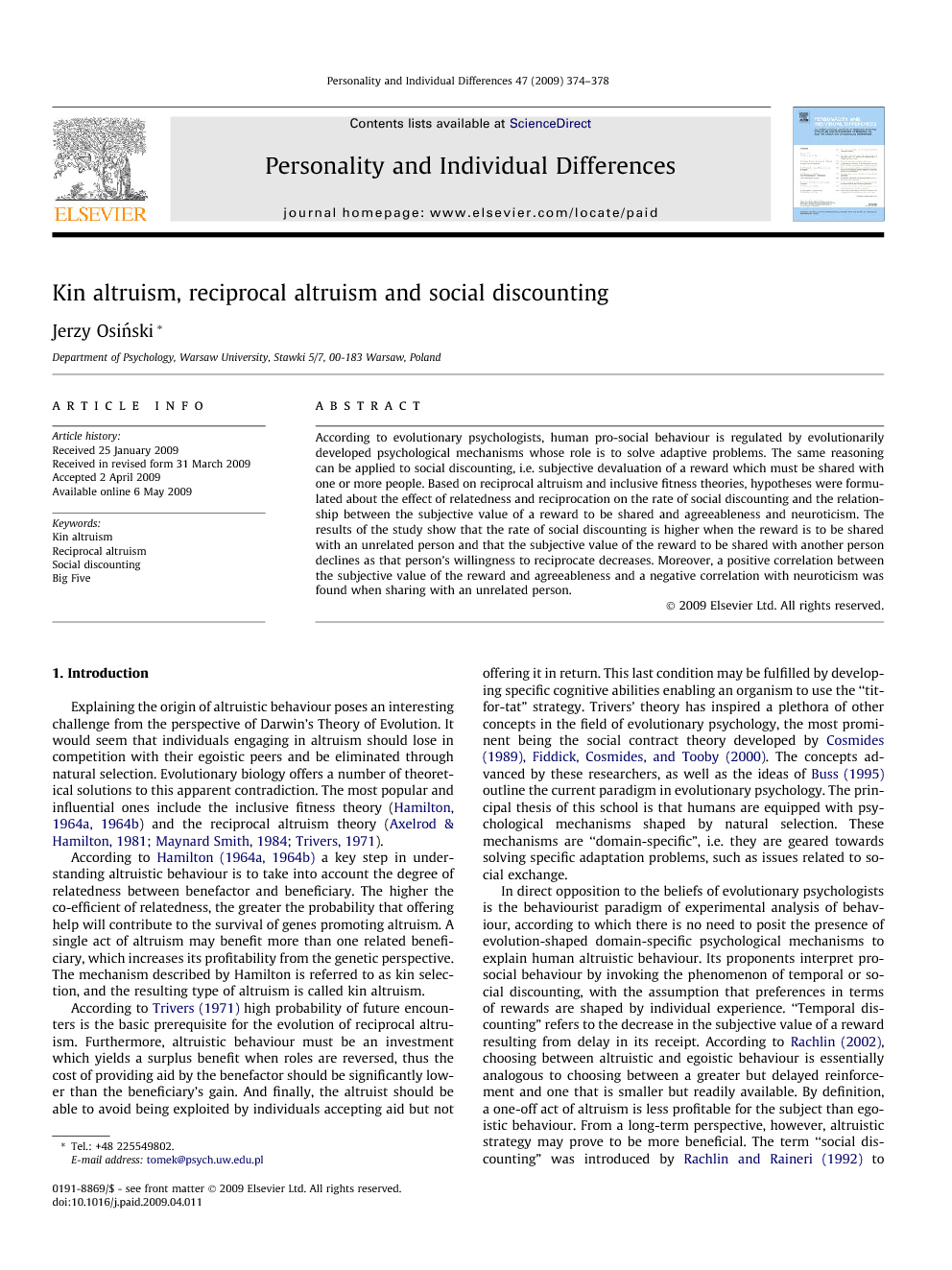 According to evolutionary psychologists, human pro-social behaviour is regulated by evolutionarily developed psychological mechanisms whose role is to solve adaptive problems. The same reasoning can be applied to social discounting, i.e. subjective devaluation of a reward which must be shared with one or more people. Based on reciprocal altruism and inclusive fitness theories, hypotheses were formulated about the effect of relatedness and reciprocation on the rate of social discounting and the relationship between the subjective value of a reward to be shared and agreeableness and neuroticism. The results of the study show that the rate of social discounting is higher when the reward is to be shared with an unrelated person and that the subjective value of the reward to be shared with another person declines as that person’s willingness to reciprocate decreases. Moreover, a positive correlation between the subjective value of the reward and agreeableness and a negative correlation with neuroticism was found when sharing with an unrelated person.