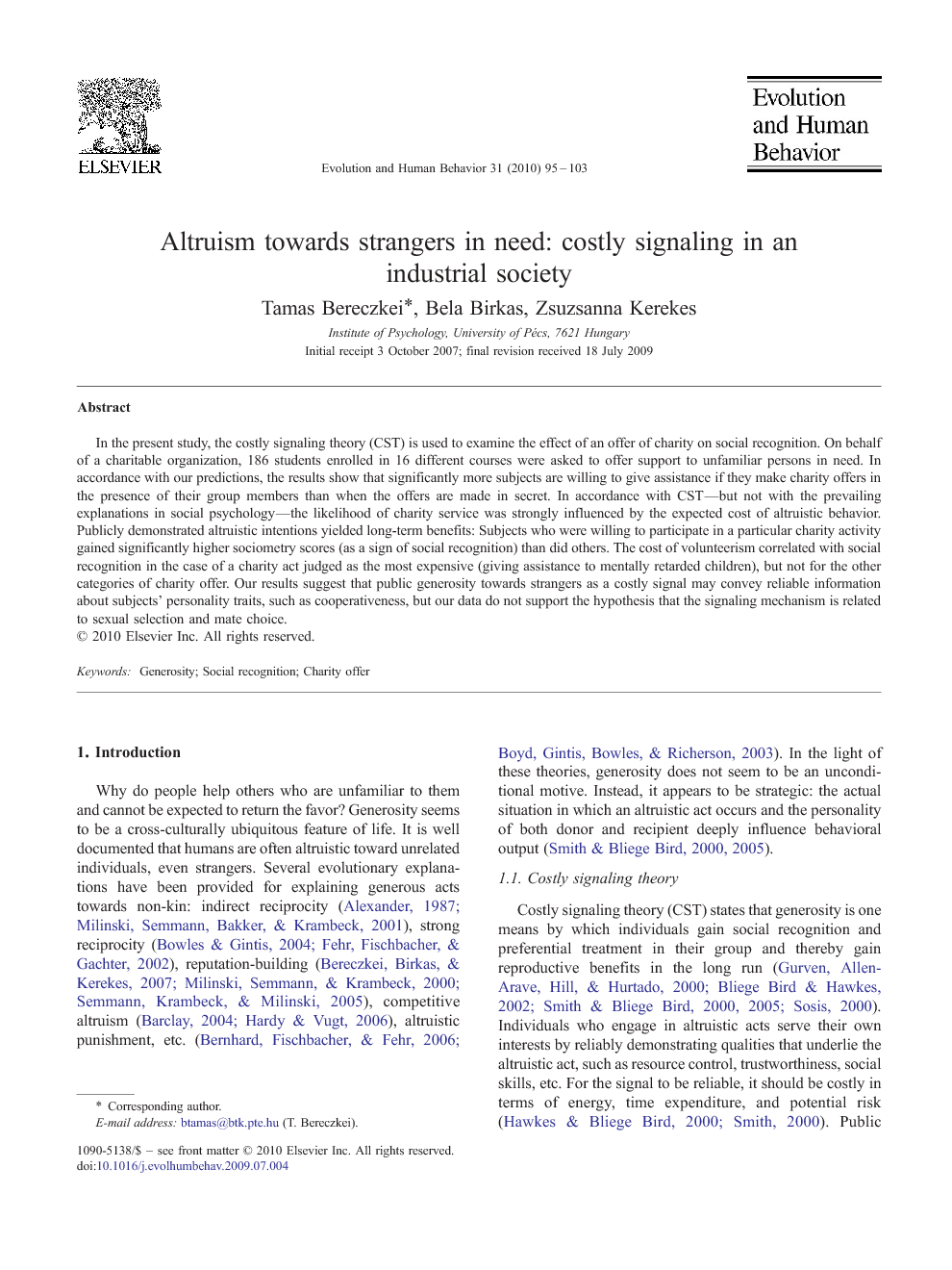 In the present study, the costly signaling theory (CST) is used to examine the effect of an offer of charity on social recognition. On behalf of a charitable organization, 186 students enrolled in 16 different courses were asked to offer support to unfamiliar persons in need. In accordance with our predictions, the results show that significantly more subjects are willing to give assistance if they make charity offers in the presence of their group members than when the offers are made in secret. In accordance with CST—but not with the prevailing explanations in social psychology—the likelihood of charity service was strongly influenced by the expected cost of altruistic behavior. Publicly demonstrated altruistic intentions yielded long-term benefits: Subjects who were willing to participate in a particular charity activity gained significantly higher sociometry scores (as a sign of social recognition) than did others. The cost of volunteerism correlated with social recognition in the case of a charity act judged as the most expensive (giving assistance to mentally retarded children), but not for the other categories of charity offer. Our results suggest that public generosity towards strangers as a costly signal may convey reliable information about subjects' personality traits, such as cooperativeness, but our data do not support the hypothesis that the signaling mechanism is related to sexual selection and mate choice.