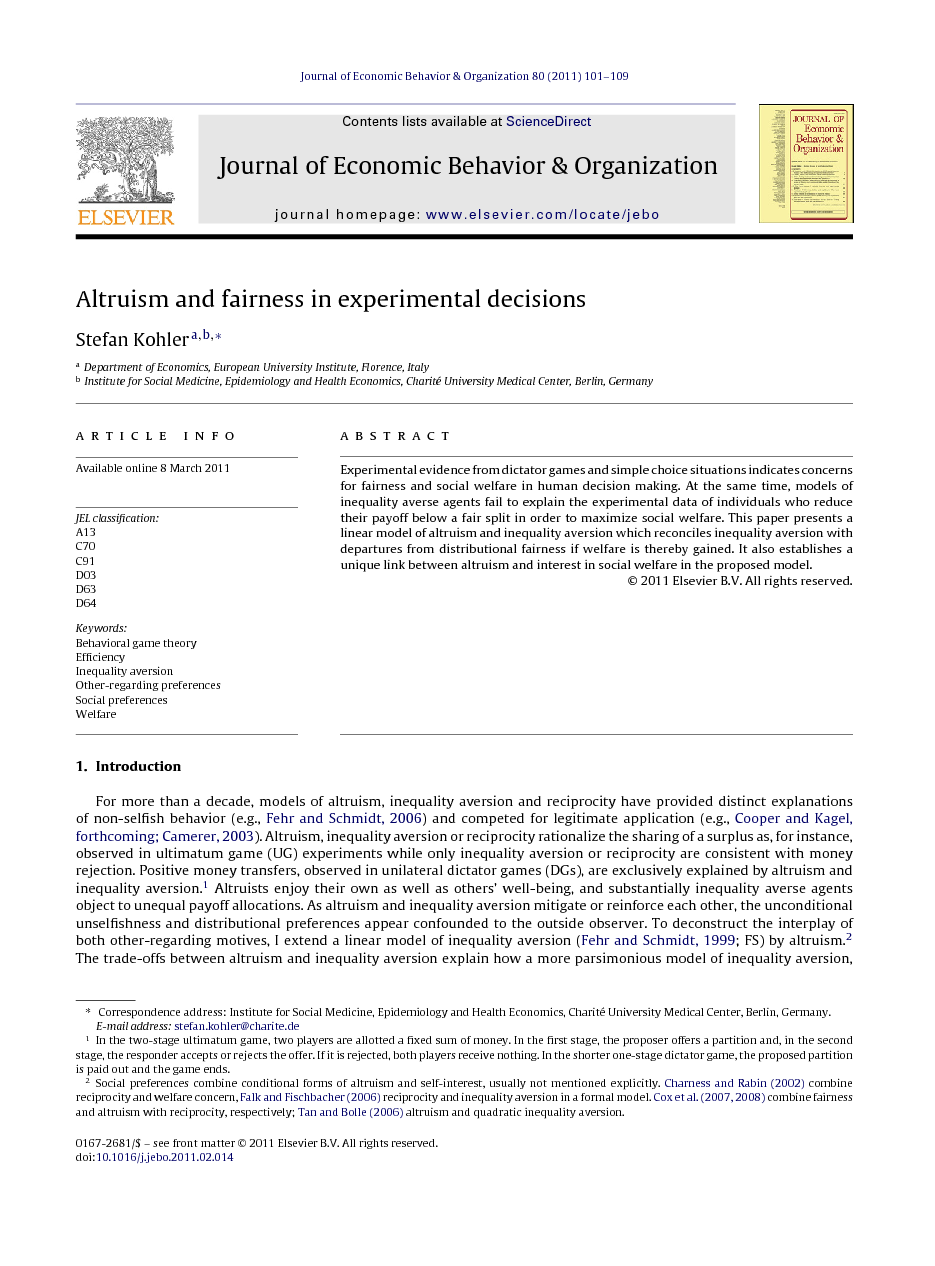 Experimental evidence from dictator games and simple choice situations indicates concerns for fairness and social welfare in human decision making. At the same time, models of inequality averse agents fail to explain the experimental data of individuals who reduce their payoff below a fair split in order to maximize social welfare. This paper presents a linear model of altruism and inequality aversion which reconciles inequality aversion with departures from distributional fairness if welfare is thereby gained. It also establishes a unique link between altruism and interest in social welfare in the proposed model.