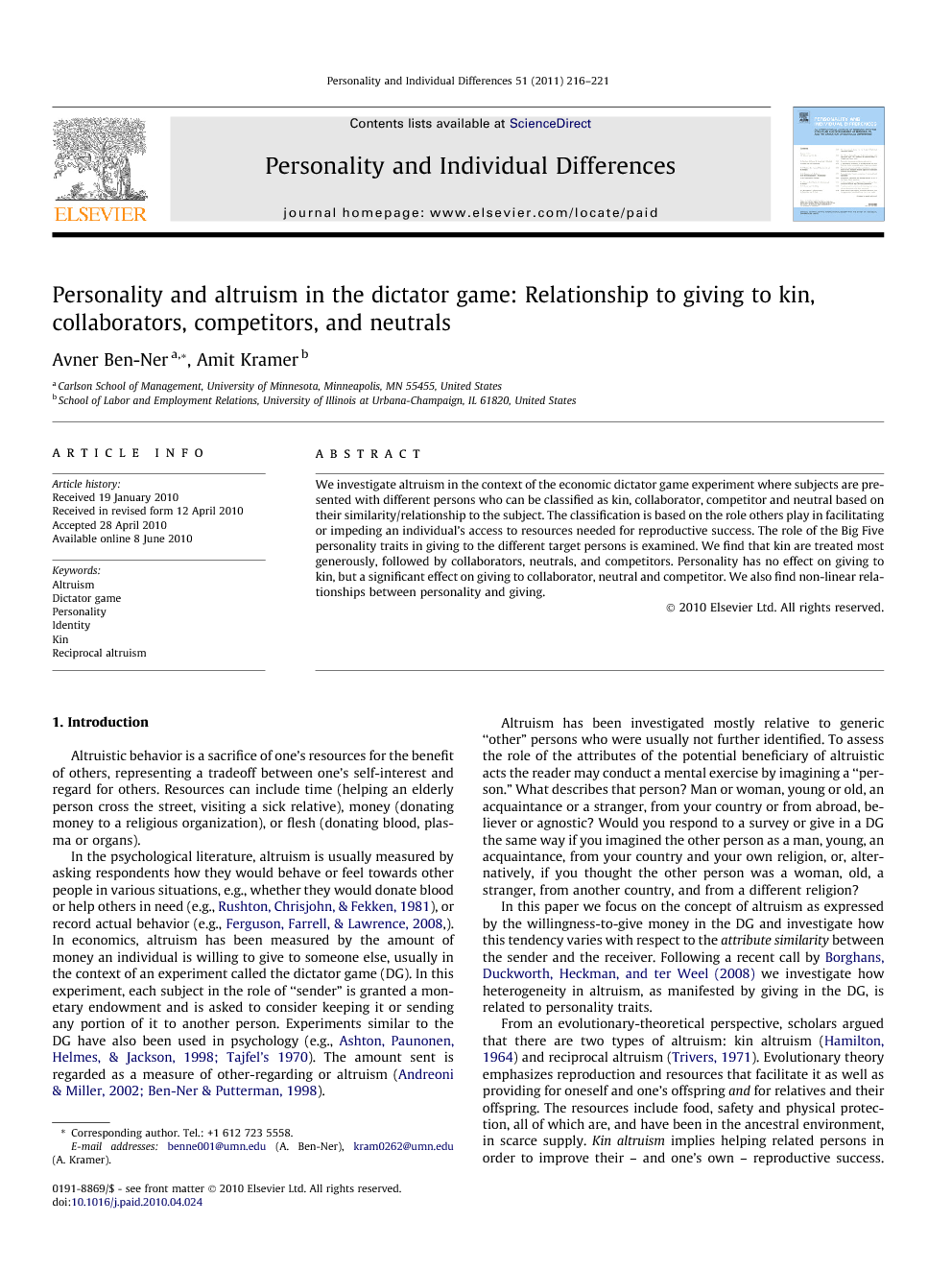 We investigate altruism in the context of the economic dictator game experiment where subjects are presented with different persons who can be classified as kin, collaborator, competitor and neutral based on their similarity/relationship to the subject. The classification is based on the role others play in facilitating or impeding an individual’s access to resources needed for reproductive success. The role of the Big Five personality traits in giving to the different target persons is examined. We find that kin are treated most generously, followed by collaborators, neutrals, and competitors. Personality has no effect on giving to kin, but a significant effect on giving to collaborator, neutral and competitor. We also find non-linear relationships between personality and giving.