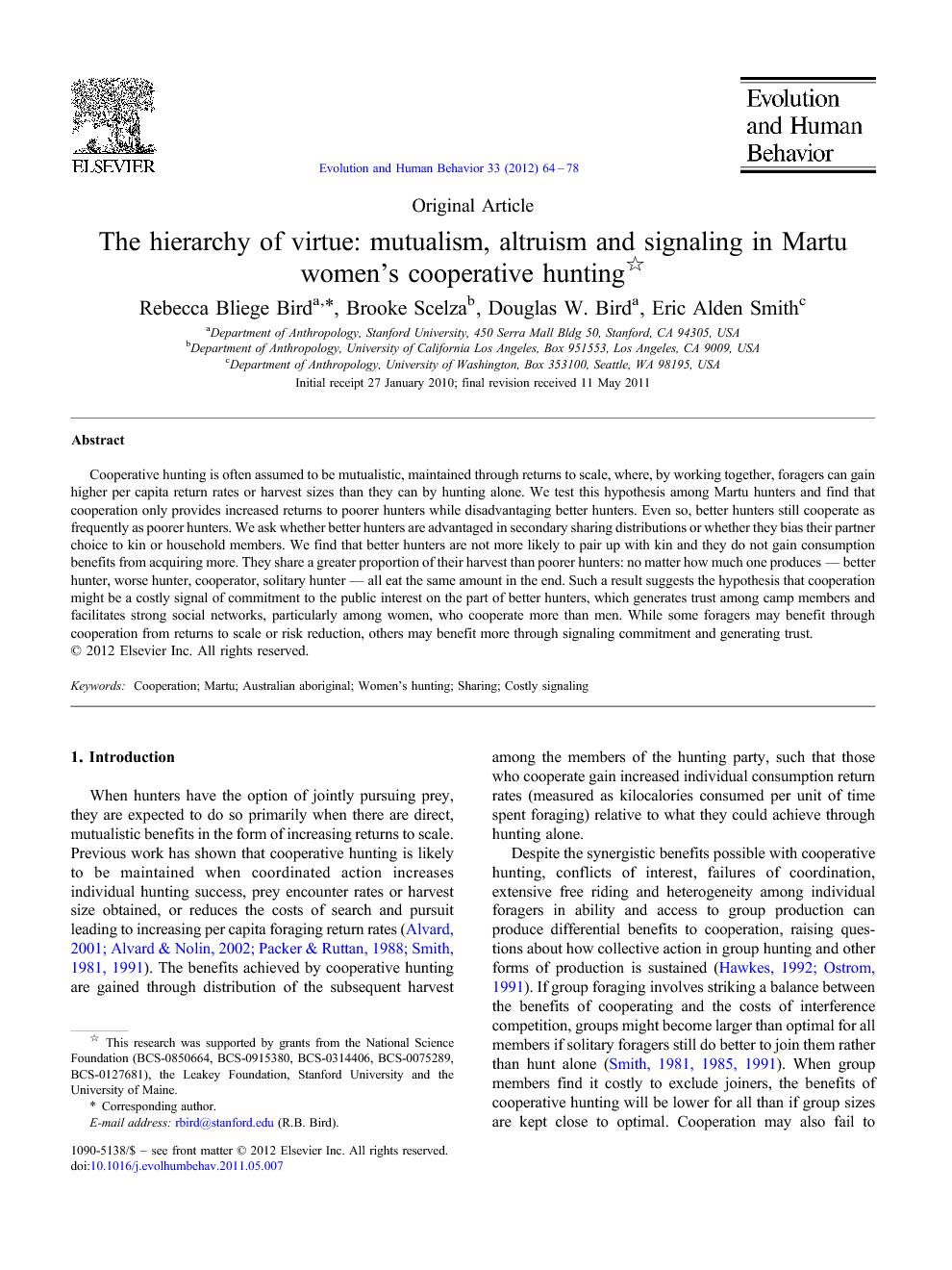 Cooperative hunting is often assumed to be mutualistic, maintained through returns to scale, where, by working together, foragers can gain higher per capita return rates or harvest sizes than they can by hunting alone. We test this hypothesis among Martu hunters and find that cooperation only provides increased returns to poorer hunters while disadvantaging better hunters. Even so, better hunters still cooperate as frequently as poorer hunters. We ask whether better hunters are advantaged in secondary sharing distributions or whether they bias their partner choice to kin or household members. We find that better hunters are not more likely to pair up with kin and they do not gain consumption benefits from acquiring more. They share a greater proportion of their harvest than poorer hunters: no matter how much one produces — better hunter, worse hunter, cooperator, solitary hunter — all eat the same amount in the end. Such a result suggests the hypothesis that cooperation might be a costly signal of commitment to the public interest on the part of better hunters, which generates trust among camp members and facilitates strong social networks, particularly among women, who cooperate more than men. While some foragers may benefit through cooperation from returns to scale or risk reduction, others may benefit more through signaling commitment and generating trust.