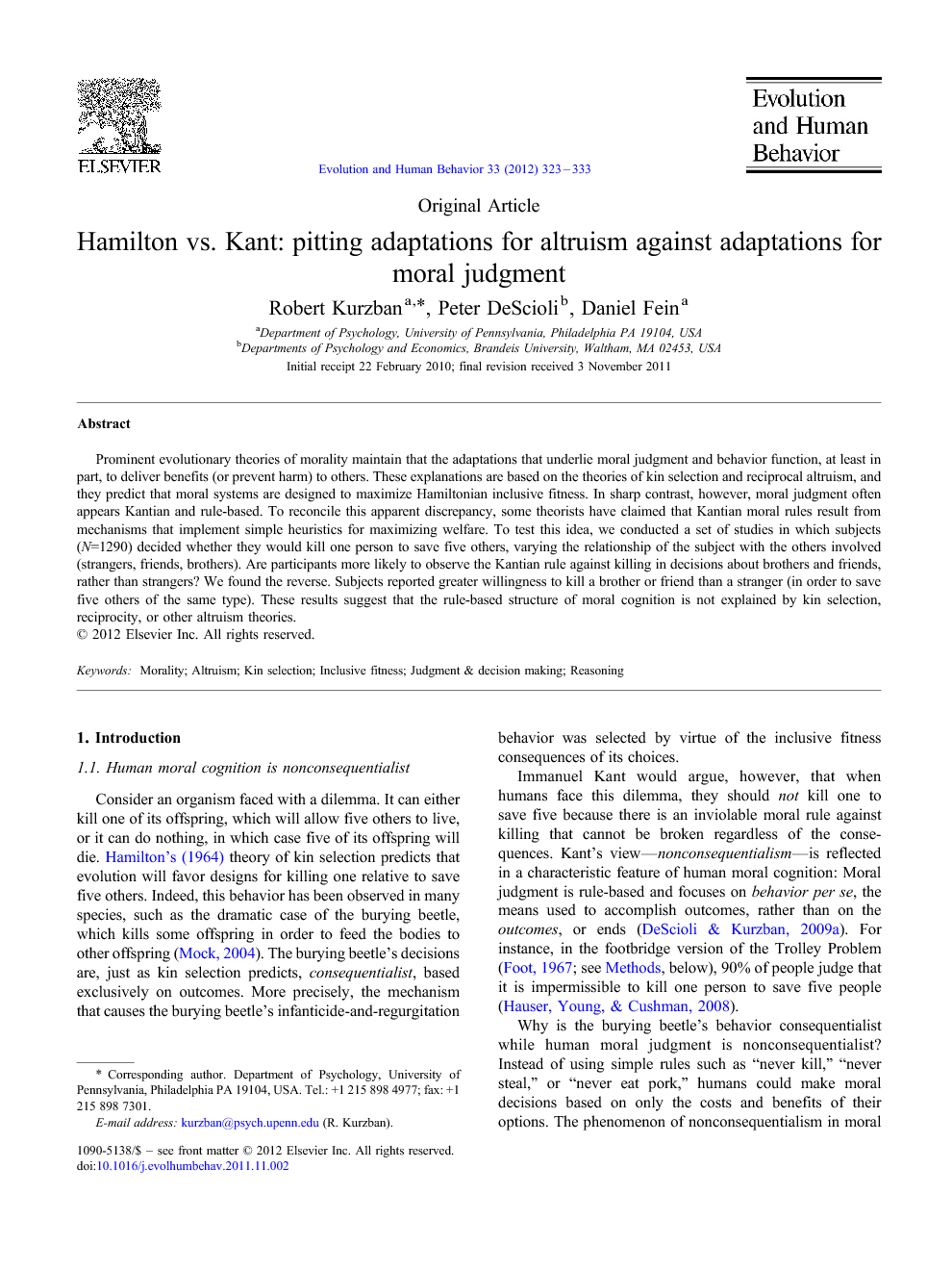 Prominent evolutionary theories of morality maintain that the adaptations that underlie moral judgment and behavior function, at least in part, to deliver benefits (or prevent harm) to others. These explanations are based on the theories of kin selection and reciprocal altruism, and they predict that moral systems are designed to maximize Hamiltonian inclusive fitness. In sharp contrast, however, moral judgment often appears Kantian and rule-based. To reconcile this apparent discrepancy, some theorists have claimed that Kantian moral rules result from mechanisms that implement simple heuristics for maximizing welfare. To test this idea, we conducted a set of studies in which subjects (N=1290) decided whether they would kill one person to save five others, varying the relationship of the subject with the others involved (strangers, friends, brothers). Are participants more likely to observe the Kantian rule against killing in decisions about brothers and friends, rather than strangers? We found the reverse. Subjects reported greater willingness to kill a brother or friend than a stranger (in order to save five others of the same type). These results suggest that the rule-based structure of moral cognition is not explained by kin selection, reciprocity, or other altruism theories.