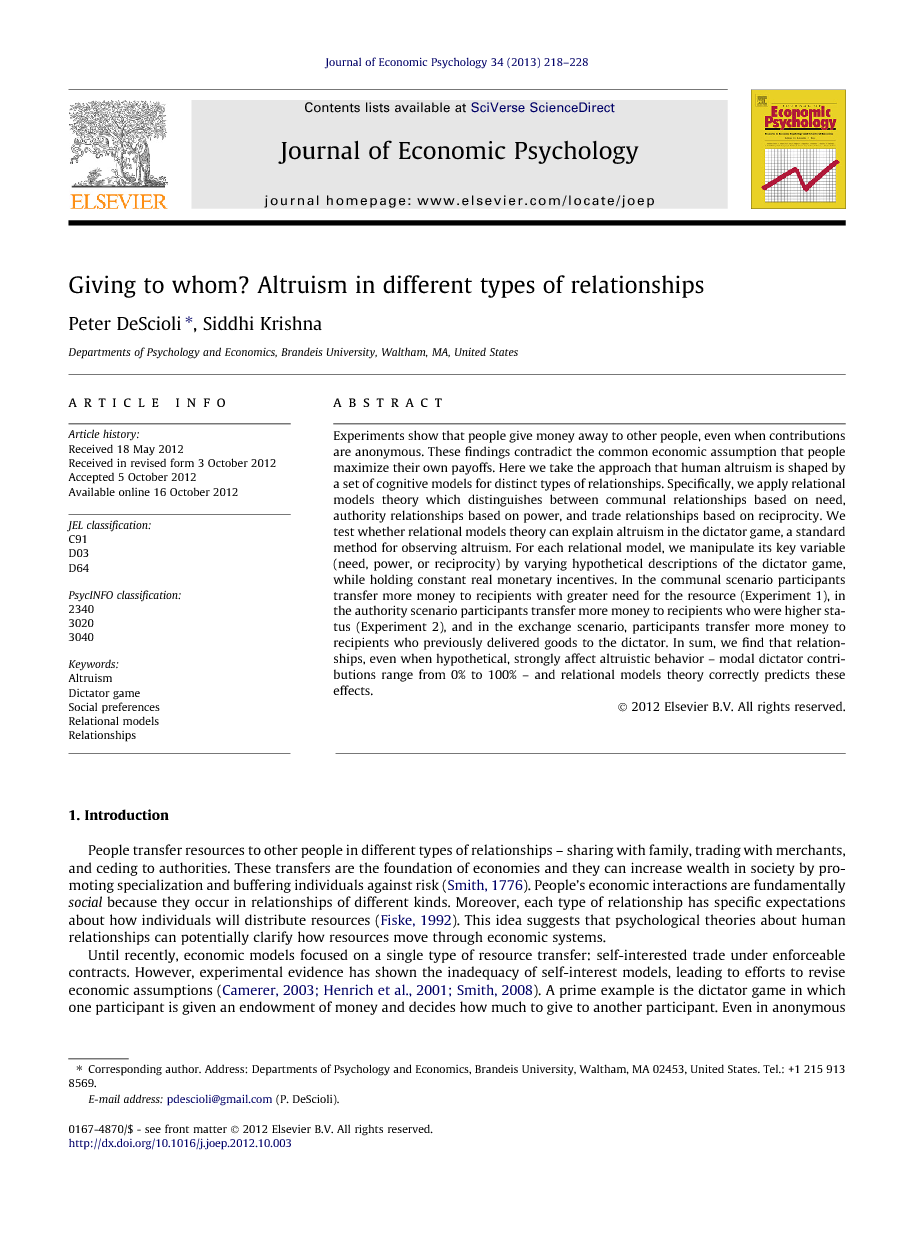 Experiments show that people give money away to other people, even when contributions are anonymous. These findings contradict the common economic assumption that people maximize their own payoffs. Here we take the approach that human altruism is shaped by a set of cognitive models for distinct types of relationships. Specifically, we apply relational models theory which distinguishes between communal relationships based on need, authority relationships based on power, and trade relationships based on reciprocity. We test whether relational models theory can explain altruism in the dictator game, a standard method for observing altruism. For each relational model, we manipulate its key variable (need, power, or reciprocity) by varying hypothetical descriptions of the dictator game, while holding constant real monetary incentives. In the communal scenario participants transfer more money to recipients with greater need for the resource (Experiment 1), in the authority scenario participants transfer more money to recipients who were higher status (Experiment 2), and in the exchange scenario, participants transfer more money to recipients who previously delivered goods to the dictator. In sum, we find that relationships, even when hypothetical, strongly affect altruistic behavior – modal dictator contributions range from 0% to 100% – and relational models theory correctly predicts these effects.