عنوان انگلیسی
Sharing a joke: The effects of a similar sense of humor on affiliation and altruism
دانلود فوری مقاله + سفارش ترجمه 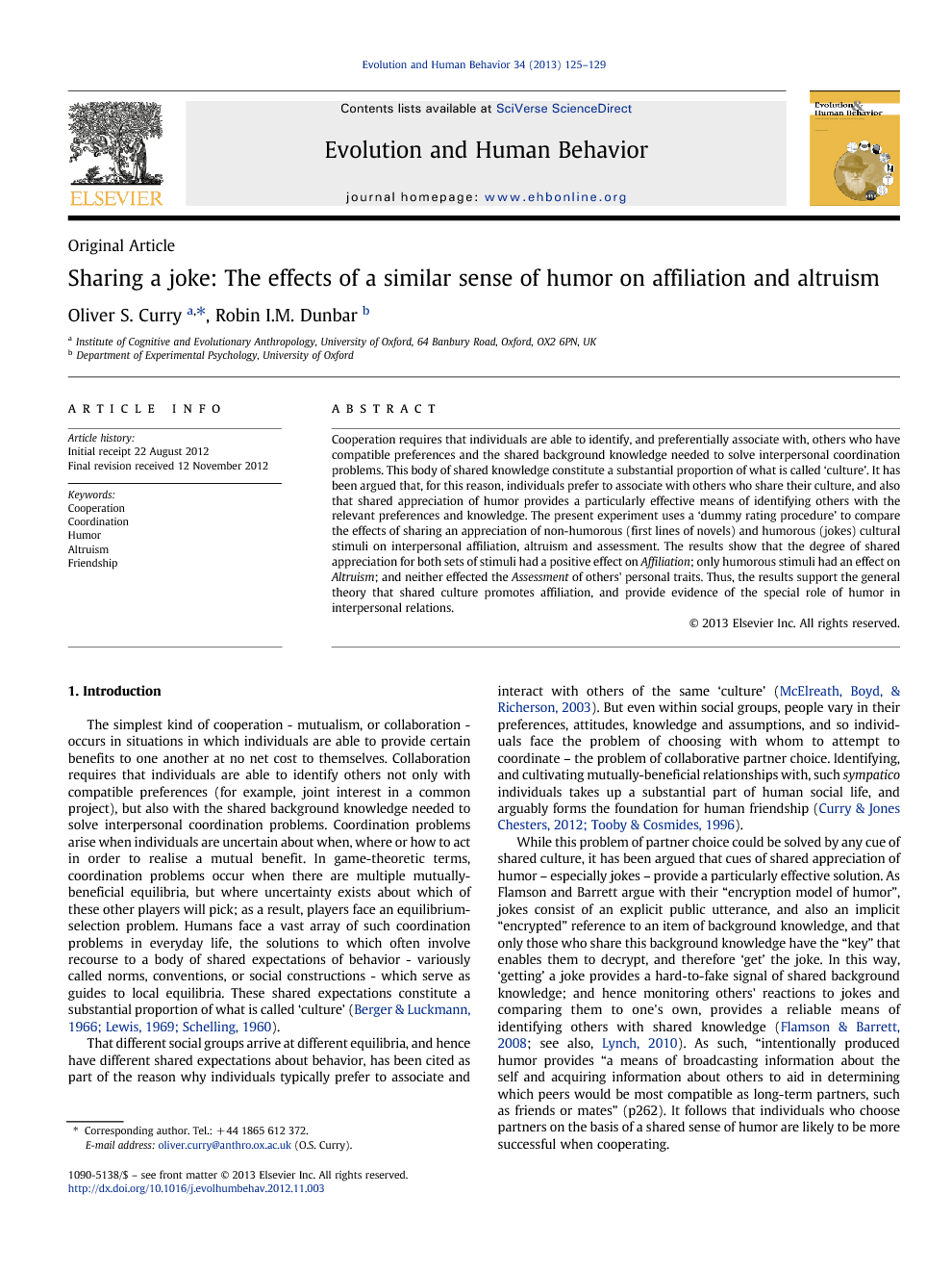 Cooperation requires that individuals are able to identify, and preferentially associate with, others who have compatible preferences and the shared background knowledge needed to solve interpersonal coordination problems. This body of shared knowledge constitute a substantial proportion of what is called ‘culture’. It has been argued that, for this reason, individuals prefer to associate with others who share their culture, and also that shared appreciation of humor provides a particularly effective means of identifying others with the relevant preferences and knowledge. The present experiment uses a ‘dummy rating procedure’ to compare the effects of sharing an appreciation of non-humorous (first lines of novels) and humorous (jokes) cultural stimuli on interpersonal affiliation, altruism and assessment. The results show that the degree of shared appreciation for both sets of stimuli had a positive effect on Affiliation; only humorous stimuli had an effect on Altruism; and neither effected the Assessment of others' personal traits. Thus, the results support the general theory that shared culture promotes affiliation, and provide evidence of the special role of humor in interpersonal relations.