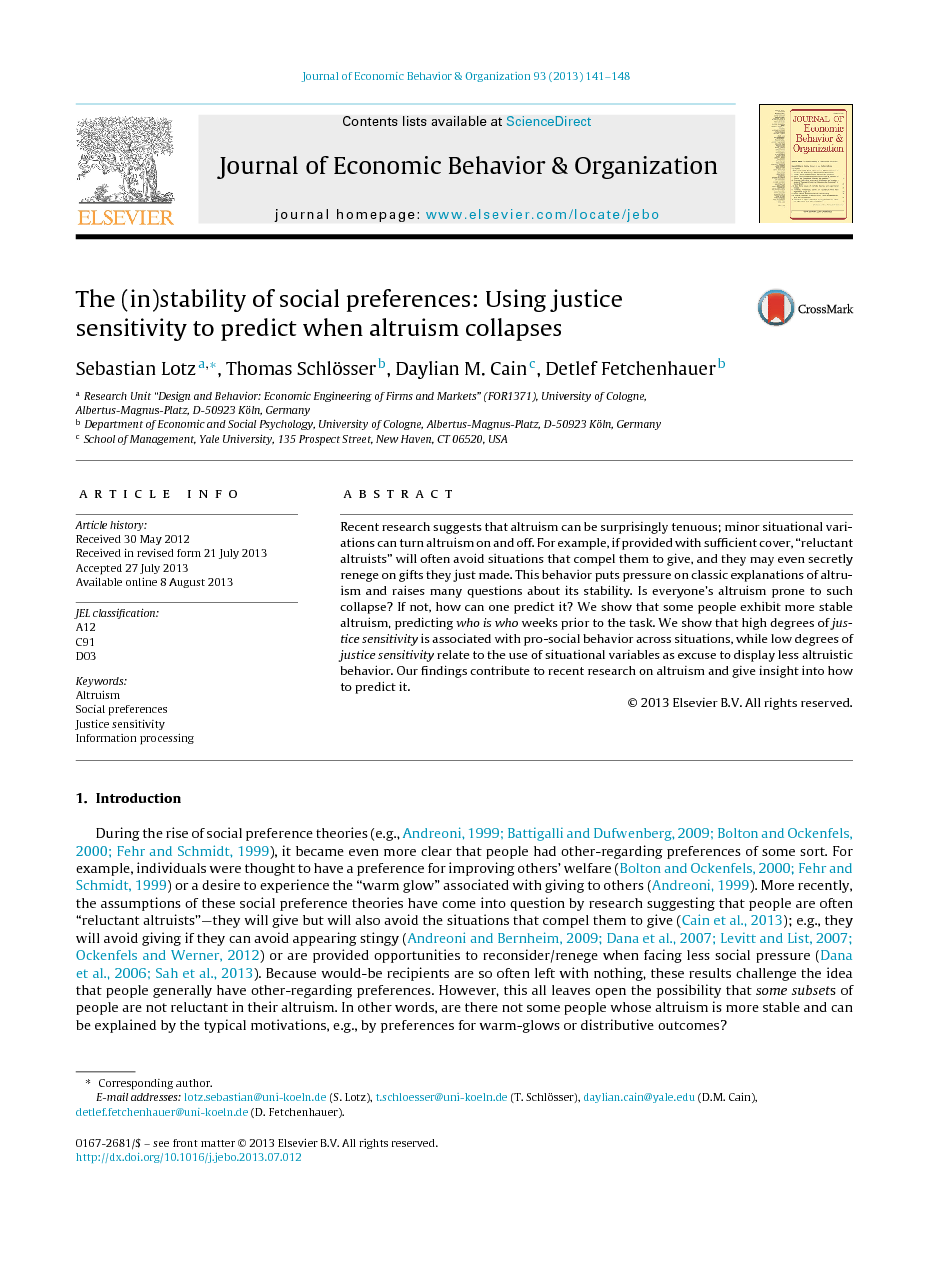 Recent research suggests that altruism can be surprisingly tenuous; minor situational variations can turn altruism on and off. For example, if provided with sufficient cover, “reluctant altruists” will often avoid situations that compel them to give, and they may even secretly renege on gifts they just made. This behavior puts pressure on classic explanations of altruism and raises many questions about its stability. Is everyone's altruism prone to such collapse? If not, how can one predict it? We show that some people exhibit more stable altruism, predicting who is who weeks prior to the task. We show that high degrees of justice sensitivity is associated with pro-social behavior across situations, while low degrees of justice sensitivity relate to the use of situational variables as excuse to display less altruistic behavior. Our findings contribute to recent research on altruism and give insight into how to predict it.