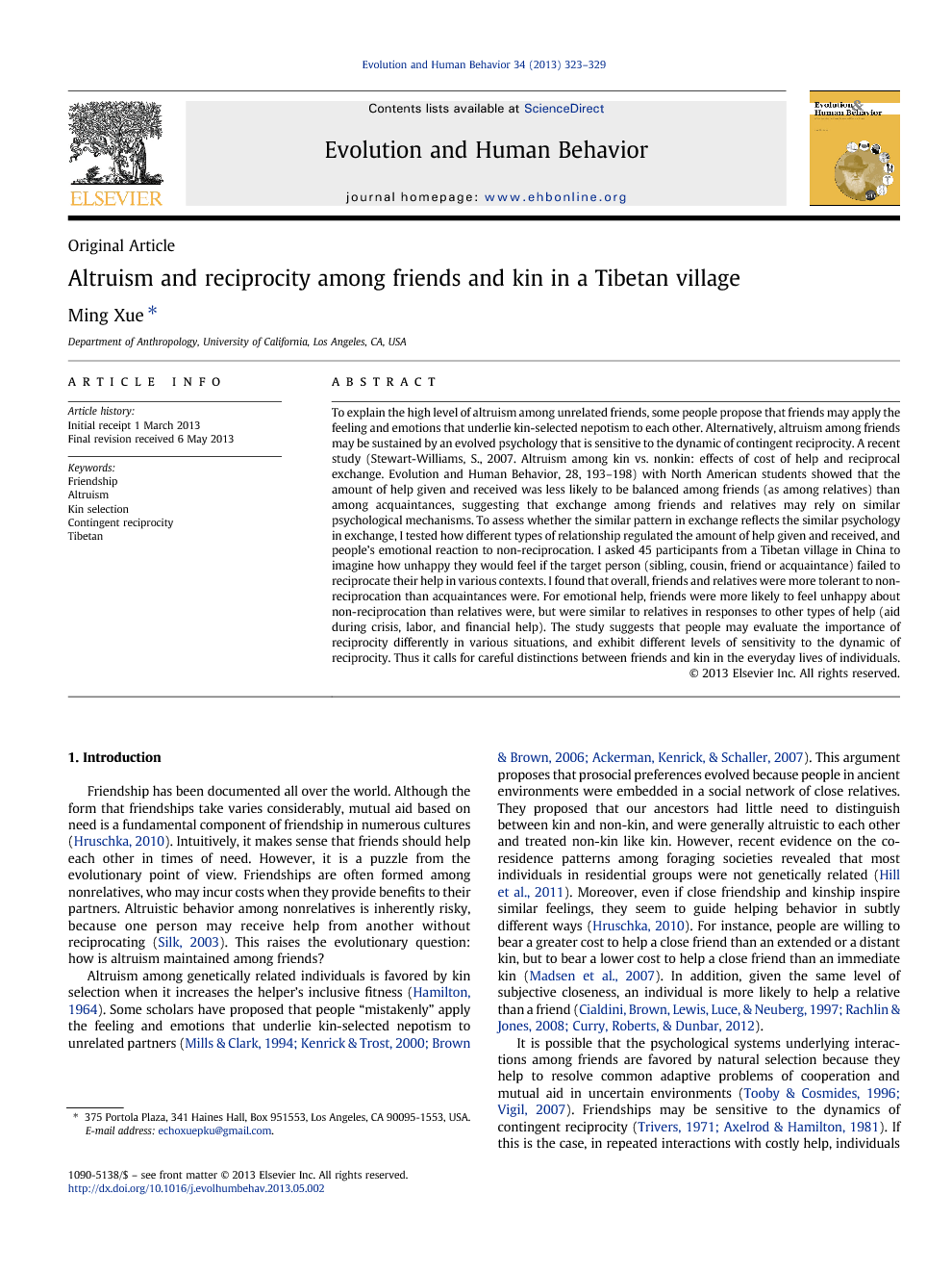 To explain the high level of altruism among unrelated friends, some people propose that friends may apply the feeling and emotions that underlie kin-selected nepotism to each other. Alternatively, altruism among friends may be sustained by an evolved psychology that is sensitive to the dynamic of contingent reciprocity. A recent study (Stewart-Williams, S., 2007. Altruism among kin vs. nonkin: effects of cost of help and reciprocal exchange. Evolution and Human Behavior, 28, 193–198) with North American students showed that the amount of help given and received was less likely to be balanced among friends (as among relatives) than among acquaintances, suggesting that exchange among friends and relatives may rely on similar psychological mechanisms. To assess whether the similar pattern in exchange reflects the similar psychology in exchange, I tested how different types of relationship regulated the amount of help given and received, and people’s emotional reaction to non-reciprocation. I asked 45 participants from a Tibetan village in China to imagine how unhappy they would feel if the target person (sibling, cousin, friend or acquaintance) failed to reciprocate their help in various contexts. I found that overall, friends and relatives were more tolerant to non-reciprocation than acquaintances were. For emotional help, friends were more likely to feel unhappy about non-reciprocation than relatives were, but were similar to relatives in responses to other types of help (aid during crisis, labor, and financial help). The study suggests that people may evaluate the importance of reciprocity differently in various situations, and exhibit different levels of sensitivity to the dynamic of reciprocity. Thus it calls for careful distinctions between friends and kin in the everyday lives of individuals.