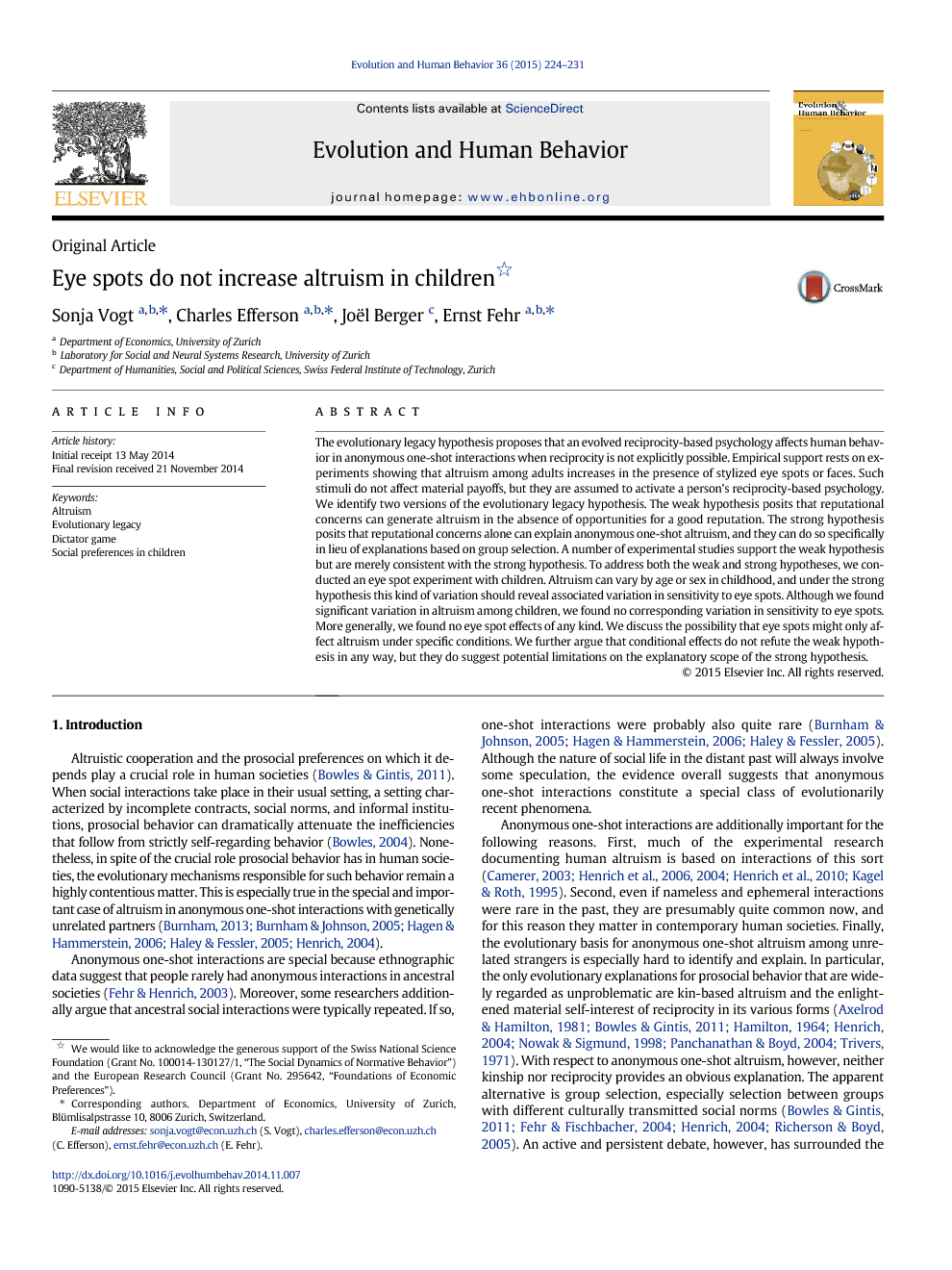 The evolutionary legacy hypothesis proposes that an evolved reciprocity-based psychology affects human behavior in anonymous one-shot interactions when reciprocity is not explicitly possible. Empirical support rests on experiments showing that altruism among adults increases in the presence of stylized eye spots or faces. Such stimuli do not affect material payoffs, but they are assumed to activate a person’s reciprocity-based psychology. We identify two versions of the evolutionary legacy hypothesis. The weak hypothesis posits that reputational concerns can generate altruism in the absence of opportunities for a good reputation. The strong hypothesis posits that reputational concerns alone can explain anonymous one-shot altruism, and they can do so specifically in lieu of explanations based on group selection. A number of experimental studies support the weak hypothesis but are merely consistent with the strong hypothesis. To address both the weak and strong hypotheses, we conducted an eye spot experiment with children. Altruism can vary by age or sex in childhood, and under the strong hypothesis this kind of variation should reveal associated variation in sensitivity to eye spots. Although we found significant variation in altruism among children, we found no corresponding variation in sensitivity to eye spots. More generally, we found no eye spot effects of any kind. We discuss the possibility that eye spots might only affect altruism under specific conditions. We further argue that conditional effects do not refute the weak hypothesis in any way, but they do suggest potential limitations on the explanatory scope of the strong hypothesis.