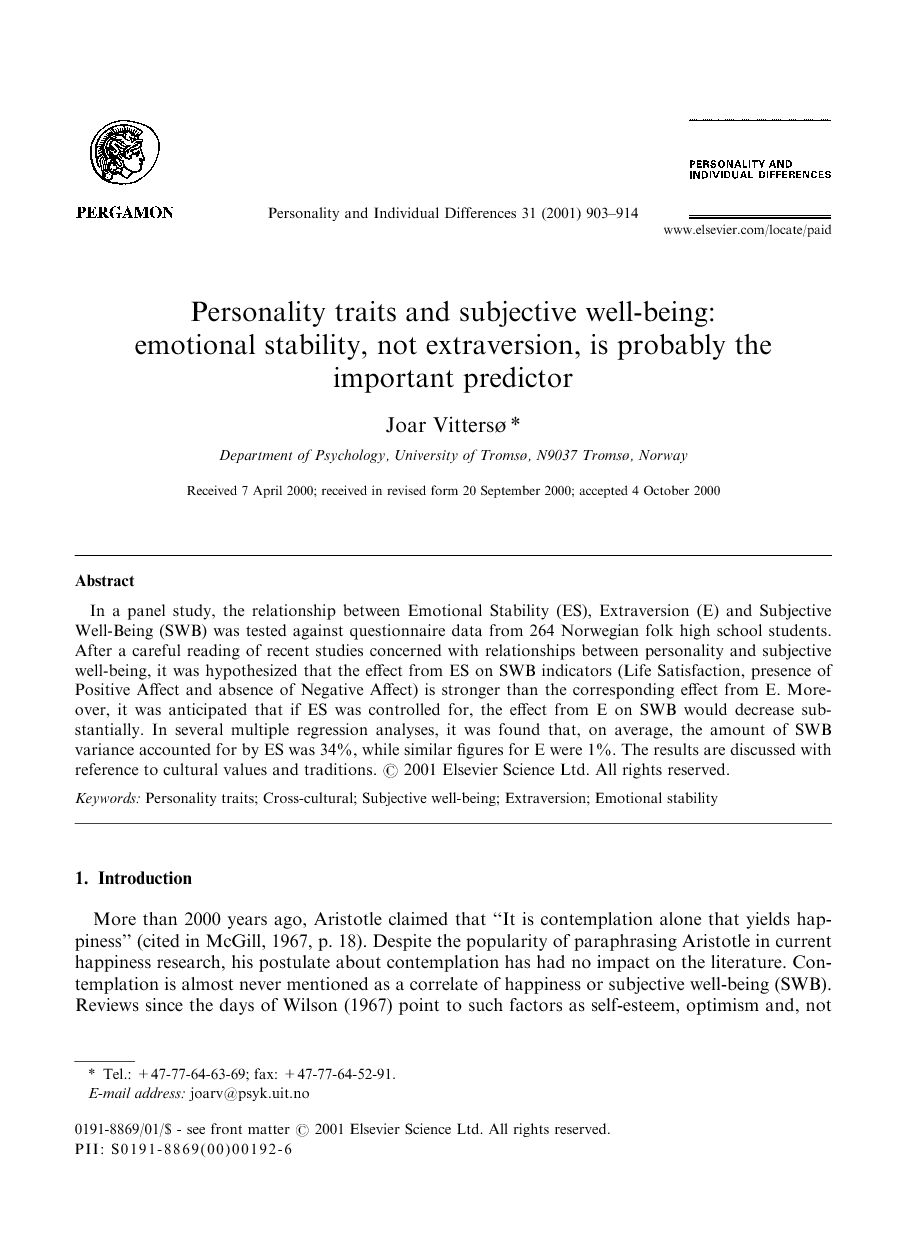 In a panel study, the relationship between Emotional Stability (ES), Extraversion (E) and Subjective Well-Being (SWB) was tested against questionnaire data from 264 Norwegian folk high school students. After a careful reading of recent studies concerned with relationships between personality and subjective well-being, it was hypothesized that the effect from ES on SWB indicators (Life Satisfaction, presence of Positive Affect and absence of Negative Affect) is stronger than the corresponding effect from E. Moreover, it was anticipated that if ES was controlled for, the effect from E on SWB would decrease substantially. In several multiple regression analyses, it was found that, on average, the amount of SWB variance accounted for by ES was 34%, while similar figures for E were 1%. The results are discussed with reference to cultural values and traditions.

This study questions the dominance of extraversion as the cardinal well-being trait and it brings together evidence that emotional stability should more properly assume this role. Although emotional stability is not synonymous with contemplation, which Aristotle regarded as the indispensable road to happiness, it may be productive to re-evaluate the advantages to well-being generated by low-arousal-level pleasant feelings such as tranquillity and calmness. At least in cultures placing considerable value on dispositions of this kind, SWB may be more directly related to peace of mind than it is to typical extraversion facets such as risk-taking and assertiveness. Correspondingly, in these cultures psychological theories about the relationship between personality traits and SWB should develop to a more sophisticated state than the theory now holding way. With regard to the domain of SWB, and the subjective evaluations that the concept bears on, it now appears insufficient to account for it by claiming that extraversion predicts positive affect while neuroticism predicts negative affect. The evidence presented here suggests that the SWB concept relates more strongly to emotional stability than it does to the trait of extraversion.